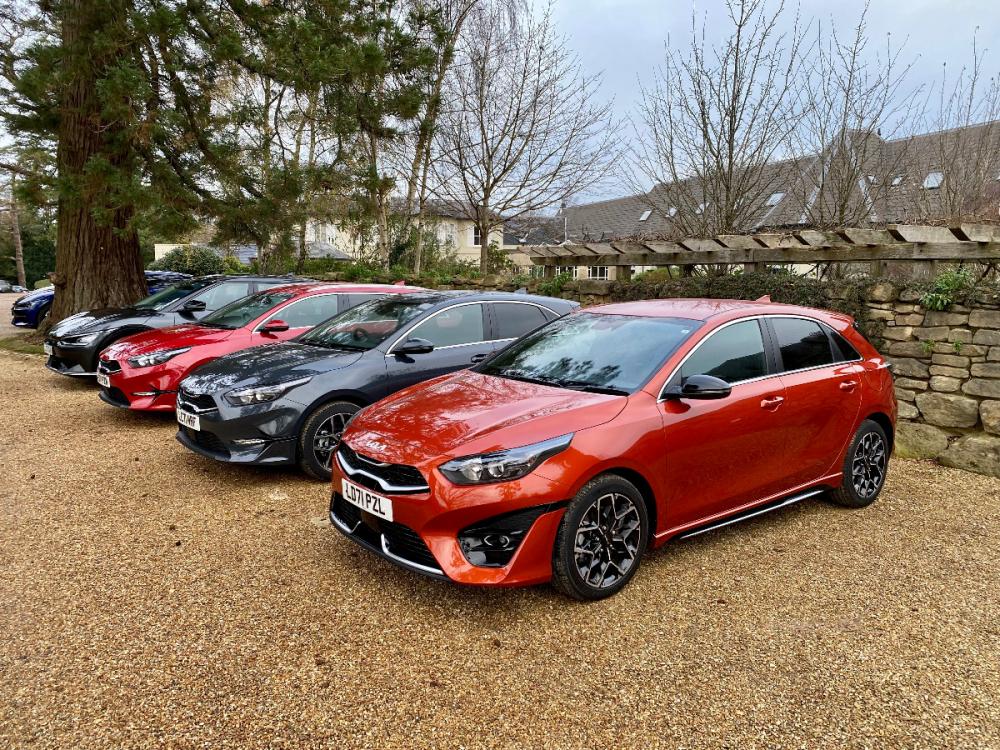 Kia has brought us some exciting cars over the last few years, the most recent being its new fully electric EV6, set to compete with the best on the market.

Mainstay of the Korean company’s range for many years is the popular Ceed family hatchback and this has just received a comprehensive update to keep it fresh. The car is designed, engineered, and built in Europe, Slovakia if you are interested, and has been tested on European roads and at the Nürburgring.

The Ceed remains an important car for Kia in the UK, being the third best-selling model behind the Niro and Sportage. The latter is being replaced and I will be driving the new model early next year.


‘The stylish ProCeed’
Back to Ceed and immediately noticeable is a much sharper look, with revised styling to the front that features Kia’s new logo. Special attention has been given to make each variant more unique and distinct from each other. 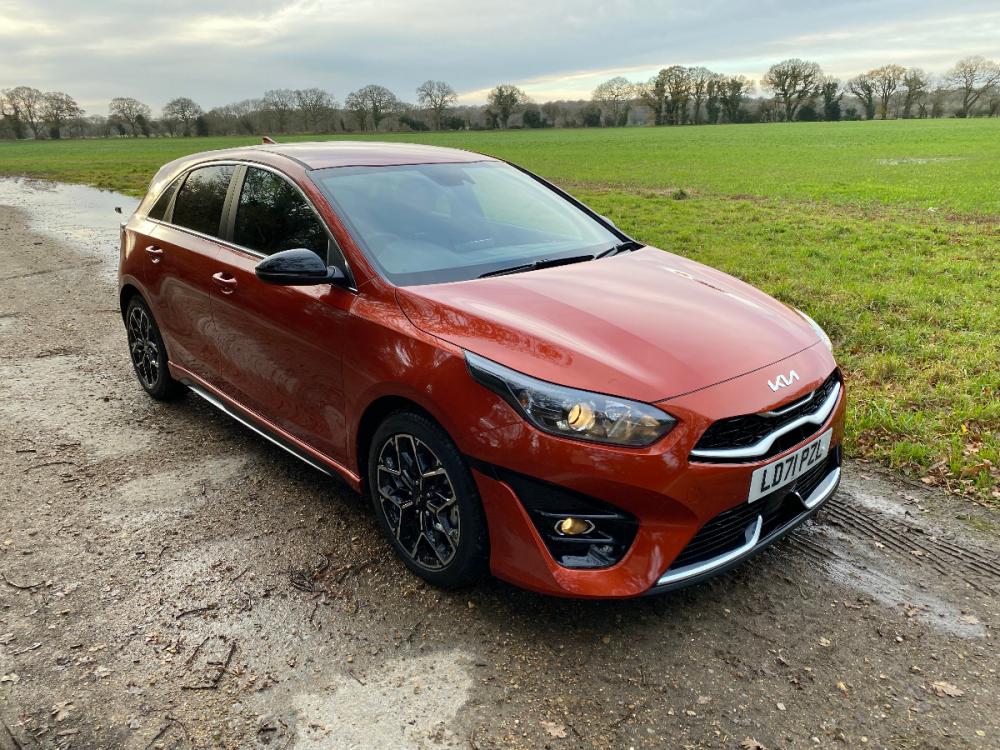 Machined Bronze and Orange Fusion are newly introduced to the paint range, both of which are eminently appealing against the growing trend for silver, grey and black cars.

Higher quality materials are used in the cabin, with an increase in soft-touch plastics most noticeable. It would be fair to say that all Kia interiors are well made and are amongst the best on the market. 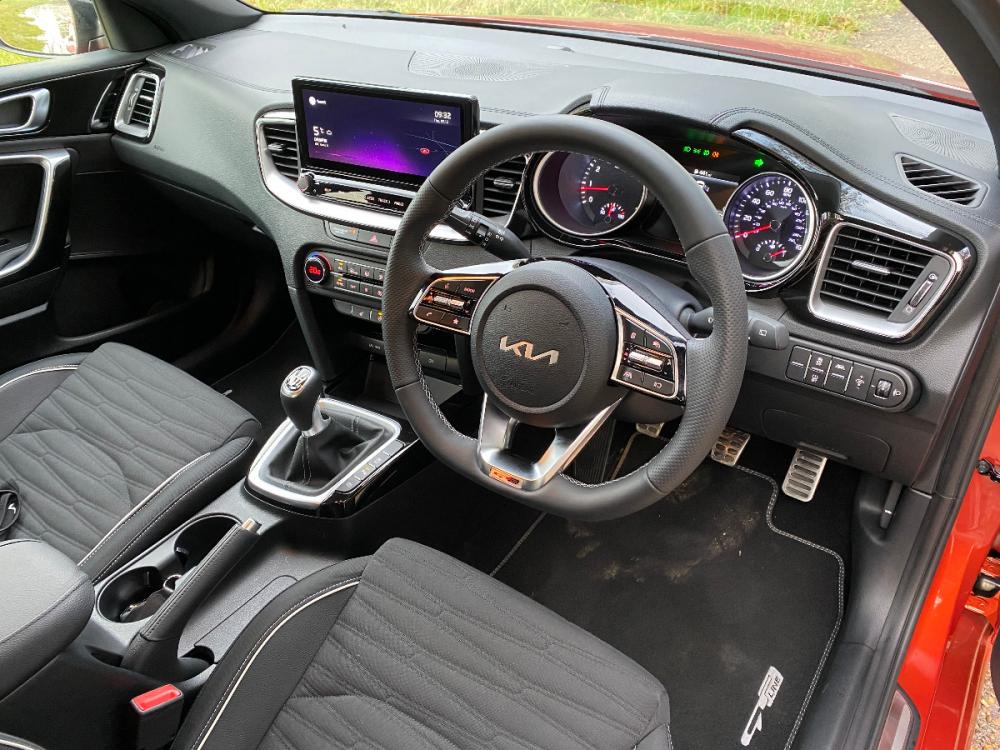 The dash is dominated by a floating touchscreen infotainment system, either 8 or 10.25-inches in size, depending on the model. I was pleased to see that Kia has sensibly kept the heating controls separate, so no multiple stabs at a screen to alter the cabin temperature. Other manufacturers please note!

There’s plenty of room for four adults to spread out, with a boot of just under 400-litres for their chattels, extendible to 1,291-litres with the rear seats folded.

A fully turbocharged engine line-up has been designed to meet the latest Euro 6d regulations and for the high mileage driver, you can still buy an efficient 134bhp 1.6-litre diesel engine model. 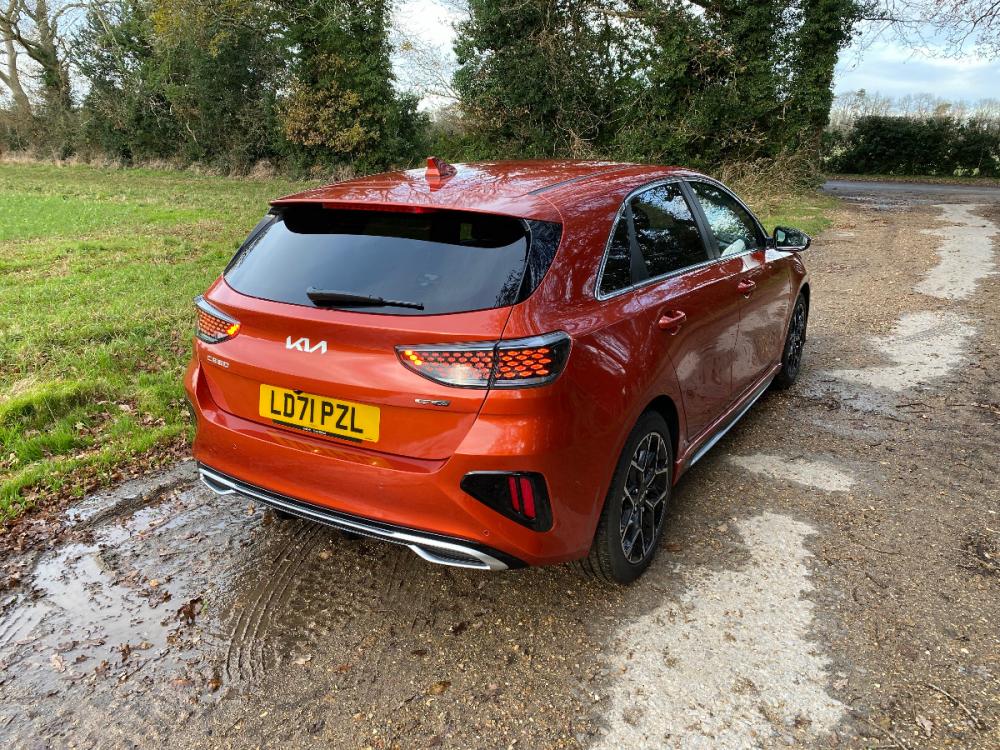 Most buyers are likely to have their Ceed powered by either a 1.0-litre or 1.5-litre petrol engine, both rated to return around 50mpg on the combined cycle.

A slick six-speed manual gearbox comes as standard, with the option of a seven-speed double-clutch self-shifter.

Out on the road, the 158hp 1.5-litre engine in my test car proved to be a willing performer, pulling strongly through the gears. There is little aural excitement when fully extending the engine, so much better to let the car bowl along, making good use of the 253Nm of torque, available from as little as 1,500rpm.

GT Line models do ride a little firmly, fine by me, but others may prefer a regular ‘2’ or ‘3’ model for a more comfort orientated drive. 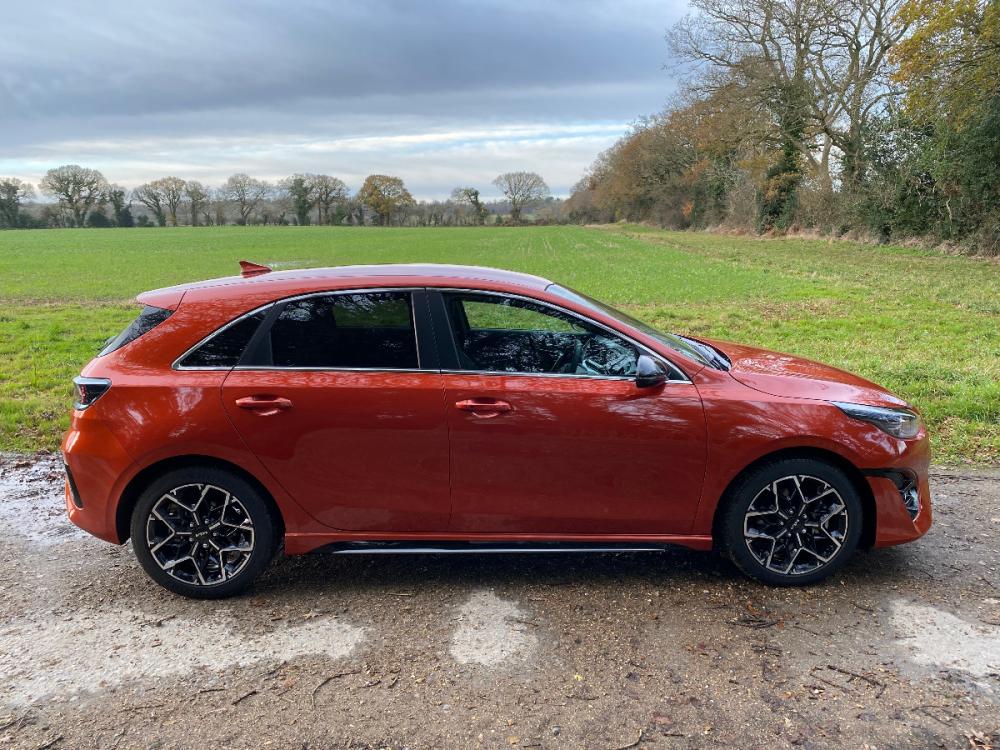 The sporty model corners quite flat, with body roll nicely in check, but with light steering and without a great deal of feedback, it is not quite up to hot hatch standards.
If more space is required, then a stylish ProCeed model might suit. Only available in top GT Line trims, with pricing starting at £25,480.

The facelifted Ceed is undoubtedly up there with the best in the class, the visual tweaks and improvements in cabin quality being worthwhile. Affordable pricing and a seven-year comprehensive warranty should ensure that sales remain strong. 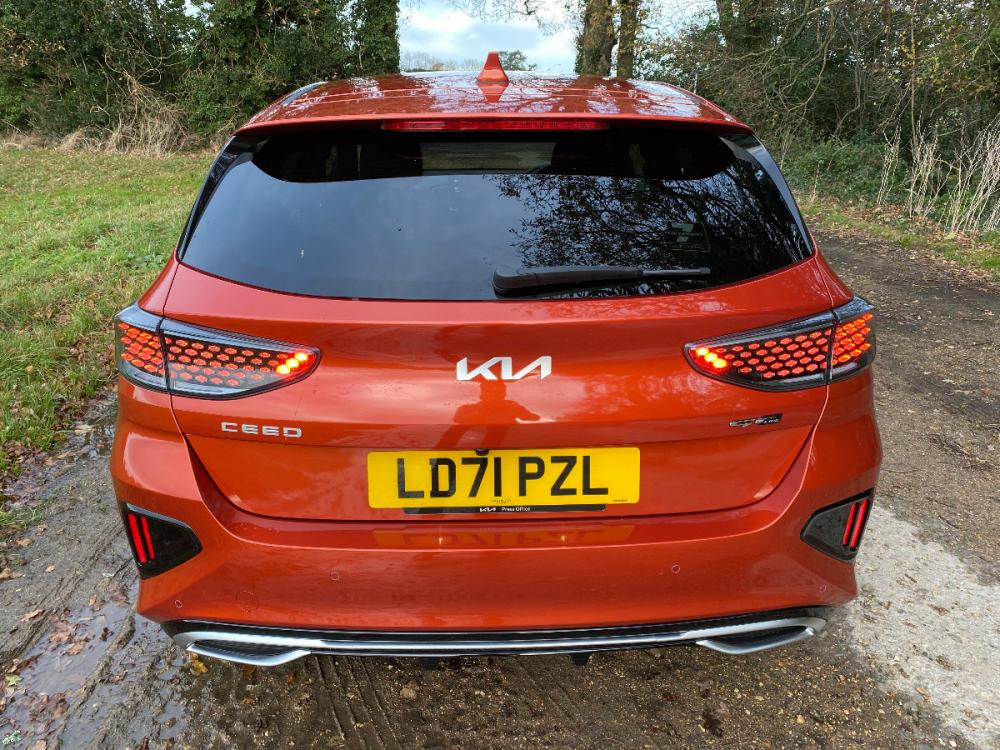