Kendal Poetry Festival 2021: Poetry For Everyone 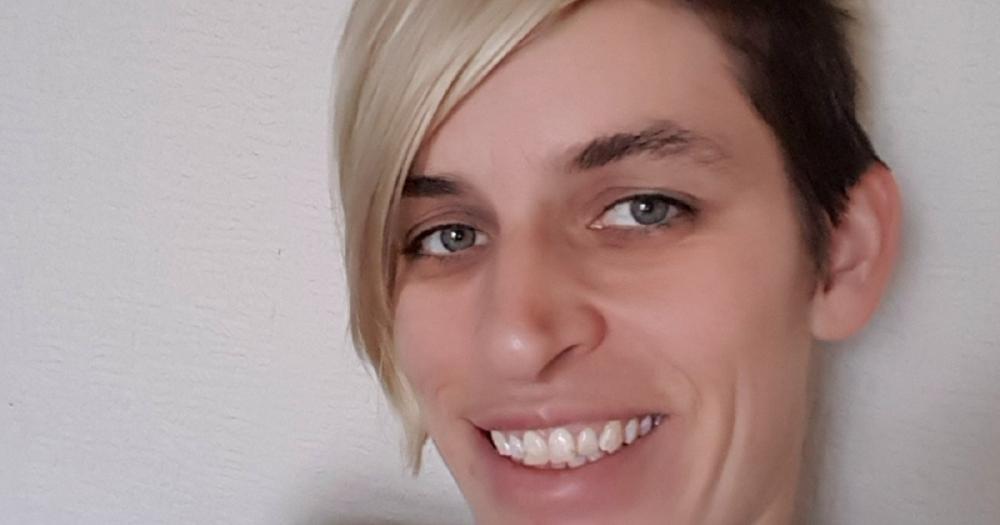 Kim Moore
So I was organising my hot chocolate, arranging with the family my sole and undisputed access to our comfiest armchair, practising my skills on Zoom and looking through the programme on the Kendal Poetry Festival website, when an e-mail pinged into the virtual letterbox from that lovely force of nature known in the world of poetry (and elsewhere) as Clare Shaw.

For those who are not aware, Clare has teamed up with Kim Moore to co-direct this year’s festival of poetry in Kendal, a task which requires endless enthusiasm, Herculean capacities for hard work, the communication skills of Pericles and Zen levels of serenity in the face of organising over forty events and fifty poets via the internet.

I’d wished Kim and Clare good luck a week before the 19th February when the festival was about to kick off and said that if there was anything I could do to help, I’d be happy to muck in. Well, there was something, and being aware of my prowess in the social media world of Twitter, Clare got in touch to ask if I’d take over the ‘live-tweeting’ during the ten days of readings and discussions.

Being in no way influenced by the prospect of free access to as many events as I could attend and purely responding out of an altruistic desire to do my bit, I said Yes! 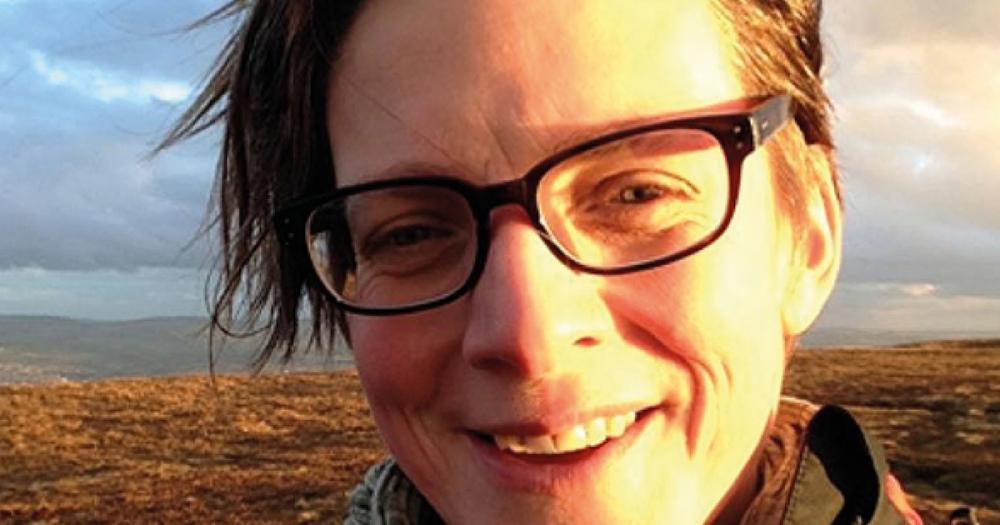 Clare Shaw
This year’s Kendal Poetry Festival has been an unqualified success. From the opening launch featuring performances from Young Poet in Residence Heather Hughes and Young Musician in Residence Paddy Davies, plus an interactive poetry game provided by the brilliant and innovative Jon Stone, to the final Sunday main reading of Voice and Song with Vicki Feaver and David Morley; the ten days flew by like a flock of racing pigeons on steroids.

With over fifty highly respected poets reading and discussing their work over forty-five events, using digital technology to overcome restrictions placed on live and physical gatherings, Kim and Clare have pushed the boundaries of what’s possible in an overwhelmingly positive way. Rather than throw up their hands in despair and hunker down, waiting for more favourable circumstances to occur, these admirable and wholly principled poets have innovated their socks off, pioneering their way through issues thrown up by such a venture.

One of Kendal Poetry Festival’s most treasured aims is to promote and ensure inclusivity and access to poetry readings. To that end, during live readings via Zoom, the co-directors have used Otter closed caption functions and document screen sharing in order to include hearing impaired members of the audience and enhance their enjoyment of the work being performed. This action has been met with tremendous support during the ten day event. Any criticism levelled that viewers want to see only the poets face and not the text have been patiently addressed through explanations pointing out the split screen function whereby the viewer is able to enlarge the side of the reader and minimise the text, or vice versa (as determined by personal preference or requirement).

The Festival has recognised that financial difficulties and access needs often prevent low-income and disabled writers from attending poetry festivals. As part of their commitment to widening access, the team has established the ‘Opening Doors’ project which, every year, supports attendance for low-income writers and disabled writers who would otherwise struggle to attend. Festival bursaries had been offered to anybody that would not have otherwise been able to afford to attend. This included a free ticket for the afternoon, evening readings and the open microphone events. 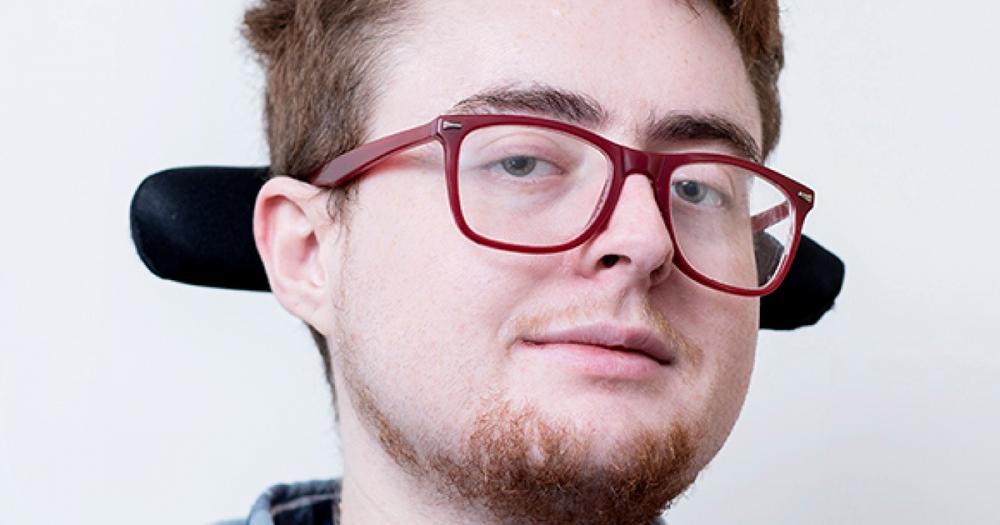 Jamie Hale
As part of the Festival’s ‘Guerilla Poetry’ project, poet and novelist Katie Hale along with Melissa Davies, worked with young people from across the Lakes to bring their poetry directly to the centre of Kendal. Working in collaboration with local businesses, writing groups, schools and Kendal Town Council, poems were displayed in empty buildings and shop windows across the town. Hannah Hodgson (veteran member of Kim Moore’s famous Dove Cottage Young Poets, and rising star of the poetry scene) featured not only as the festival blogger, but also shone at events over the ten days with her work, universally acclaimed by audience and fellow poets.

The highlights of the festival were numerous and feedback from the Zoom audiences overwhelmingly positive. For me, among a stellar cast, the poets who stood out were Abeer Ameer, Alison Brackenbury, Kerry Darbishire, Carolyn Forché, Jen Hadfield, Jamie Hale, Hannah Hodgson, Ian Humphreys, Abi Palmer, Michael Symmons Roberts, Roger Robinson and Mark Waldron.

Romalyn Ante & Carolyn Forché
During ‘A Sense Of Place’, reading from her debut collection Inhale/Exile (published by Seren), Abeer Ameer entranced the audience, sharing stories and poetry about her Iraqi forebears, while Jen Hadfield explored her Shetland home, its people and their working lives, reading beautiful poetry from her new Picador collection The Stone Age. Roger Robinson read powerful, lyrical and captivating work from his fourth collection A Portable Paradise (Peepal Tree Press) encompassing family life, the tragedy of Grenfell, history and pop culture. Carolyn Forché, renowned as a ‘poet of witness’, read from her latest collection In the Lateness of the World (published by Bloodaxe), and Romalyn Ante shared her exceptional and devastatingly beautiful first collection,
Antiemetic for Homesickness (Chatto&Windus). The impact of Jamie Hale’s film Not Dying was massive, leaving a Zoom room audience stunned and in awe of a talent railing against death and educating about social barriers from the perspective of the disabled community. A high point of selfish enjoyment for me was Mark Waldron reading ‘The Stick’, a favourite which like Mark Pajak’s ‘Cat On The Tracks’, captures in a few lines, everything I’d aspire to achieve in a poem. Reading from his latest collection Sweet like Rinky-Dink (Bloodaxe), Waldron exhibits that envious gift of elegant wit and brevity along with a delivery style that hypnotised this particular member of the audience.

If I was wearing a hat, I would take it off in salute to Kim and Clare who were there throughout the whole of the festival, including the early morning workshops and late evening open mics. Their hard work, good humour, fairness and undoubted talent is obvious to anyone who knows them; they go the extra mile when it comes to inclusivity and access, truly making KPF2021 a poetry event for everyone. Their efforts have established Kendal Poetry Festival as a trail blazer in the world of performance literature and I am already looking forward to the next instalment.


Also by Jonathan Humble...
Doggerel for the Discerning: 'The Tripe Hound of Little Ormstonmere'Wok Juggling With Dave and EnochWill Purdom: Agitator, Plant-hunter, Forester By Francois Gordon - A ReviewCountdown To The Kendal Poetry FestivalRainbow Friday