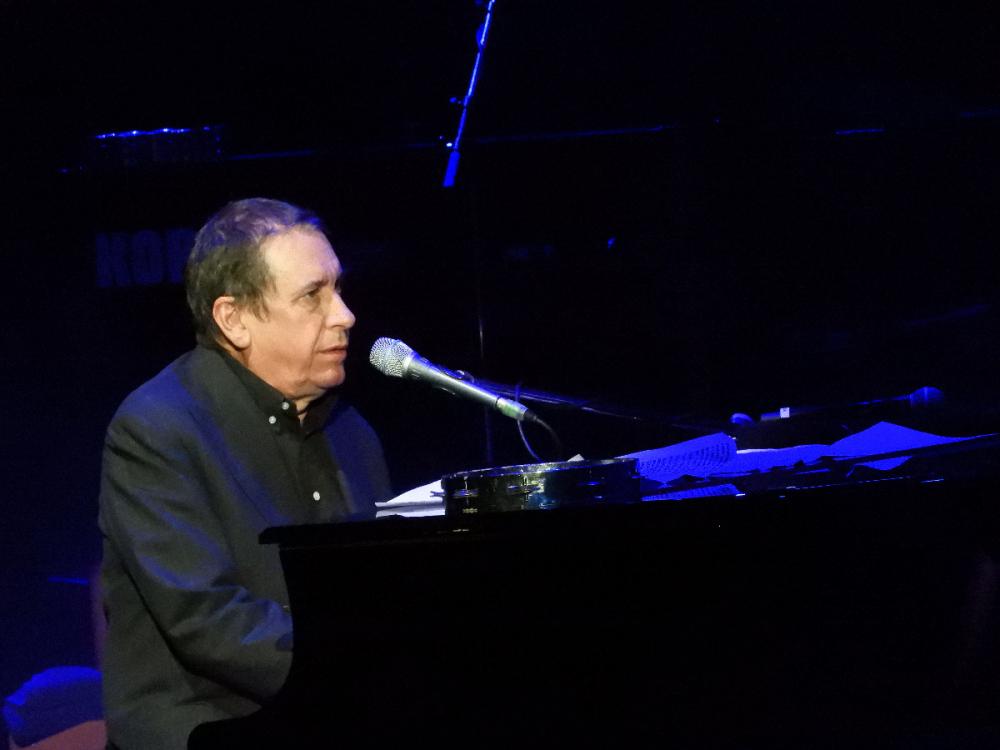 Jools Holland, along with his Rhythm and Blues Orchestra, returned to the Harrogate Conference Centre at the weekend for what is now becoming an annual fixture.

Due to the Covid-19 restrictions last year, most of the audience had held on to their tickets for near on two years. Their patience was rewarded with a great performance – not only by Holland and his orchestra but by the many special guests who arrived on stage at his concert. 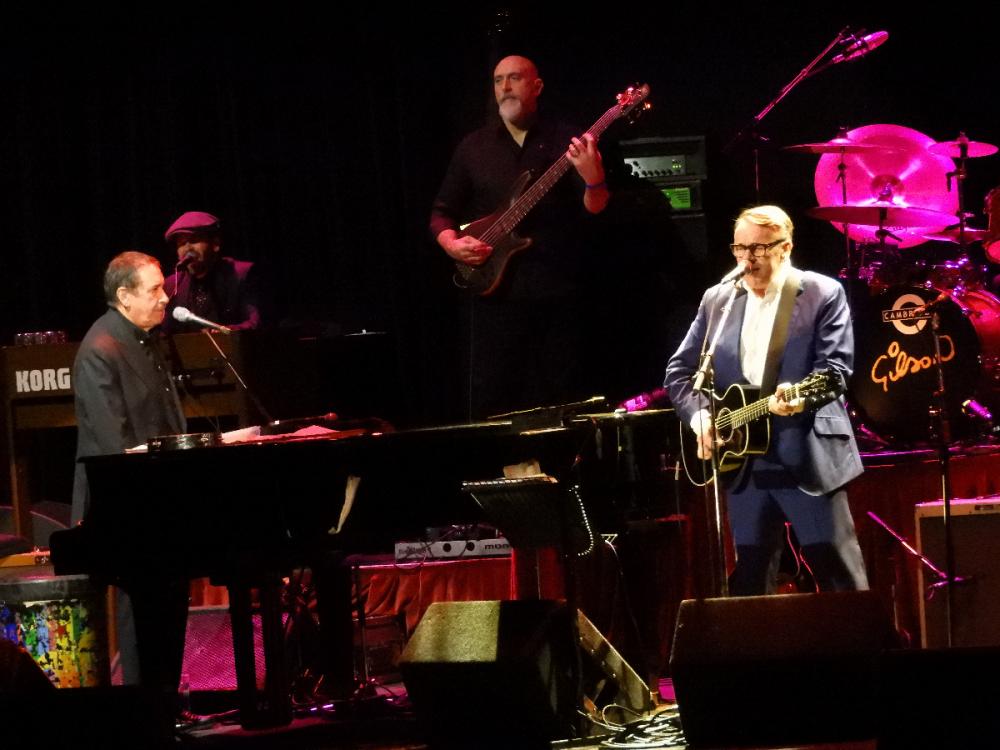 As always, the night set off with a few instrumentals. It always feels like he is getting the 15-piece orchestra warmed up. “It’s wonderful to be here,” he offered as the smile on his face confirmed.

Chris Difford, his former band member in Squeeze, arrived on stage, and they breezed through a version of 'Cool for Cats'. With fellow former band member Gilson Lavis on drums, three fifths of Squeeze were on stage. The admiration between Holland and Difford was plain to see as they passed knowing glances towards each other. 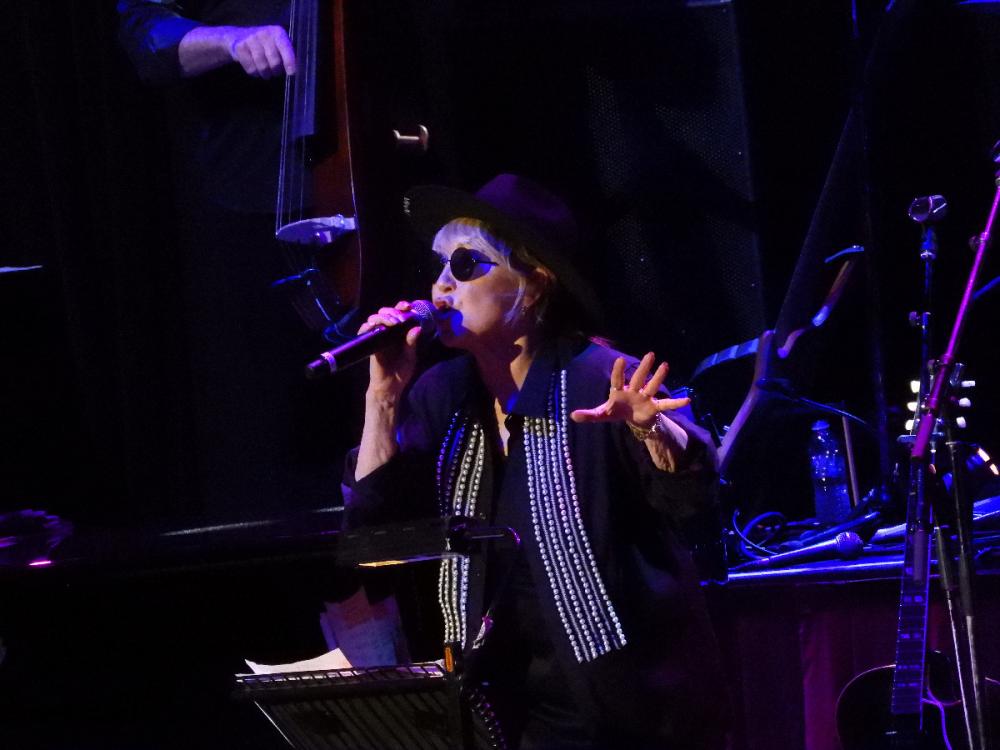 Lulu
Photos of them from the 70s appeared on the projection screen, and Difford joked: “I used to have a 29 inch waist before I visited Harrogate and discovered Bettys”.

Lulu arrived on stage, looking incognito with a hat and wearing dark glasses. If it had not been for her voice, it might have been hard to guess who the singer was. A version of the Ray Charles classic, 'Hit The Road Jack', led into a rousing version of her own hit, 'Shout', where she could still hit the high notes.


Ruby Turner
It would not have been a Jools Holland show without Ruby Turner. The singer made it all appear so effortless as she easily glided her way through 'Peace in the Valley'. The queen of boogie-woogie still wears the crown well.

It might have all been over now for yet another year as 'Enjoy Yourself, It’s Later Than You Think' closed a night of excellent musicianship and compelling vocalists. You can be sure that most of the Harrogate audience will be back here again next year. Who can blame them when two hours passed by far too quickly. 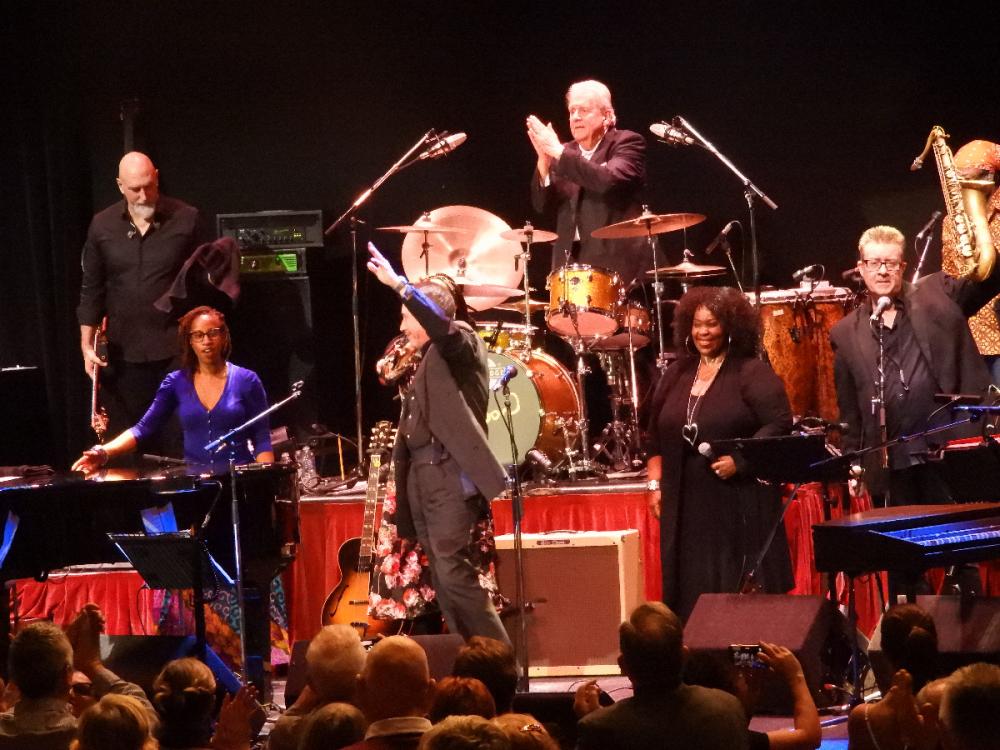 Also by Graham Clark...
Interview With FiveGary Barlow Relights The Fire In SheffieldJames - Still Getting Away With It At Leeds ArenaSam Fender – On Fire In LeedsTime To Experience The One O’clock Gun Pub In Liverpool