It's All Cummings Back To Me

When Harold Macmillan was prime minister, he was asked what would determine the course of his government, he is said to have replied: “Events, dear boy, events.” It certainly appears that Boris Johnson’s government has had rather too many events. Just when you think there can’t be any more secret lockdown parties to uncover, out pops another one. I think Johnson must always keep one or two undeclared ones in reserve, much like he does with his children. 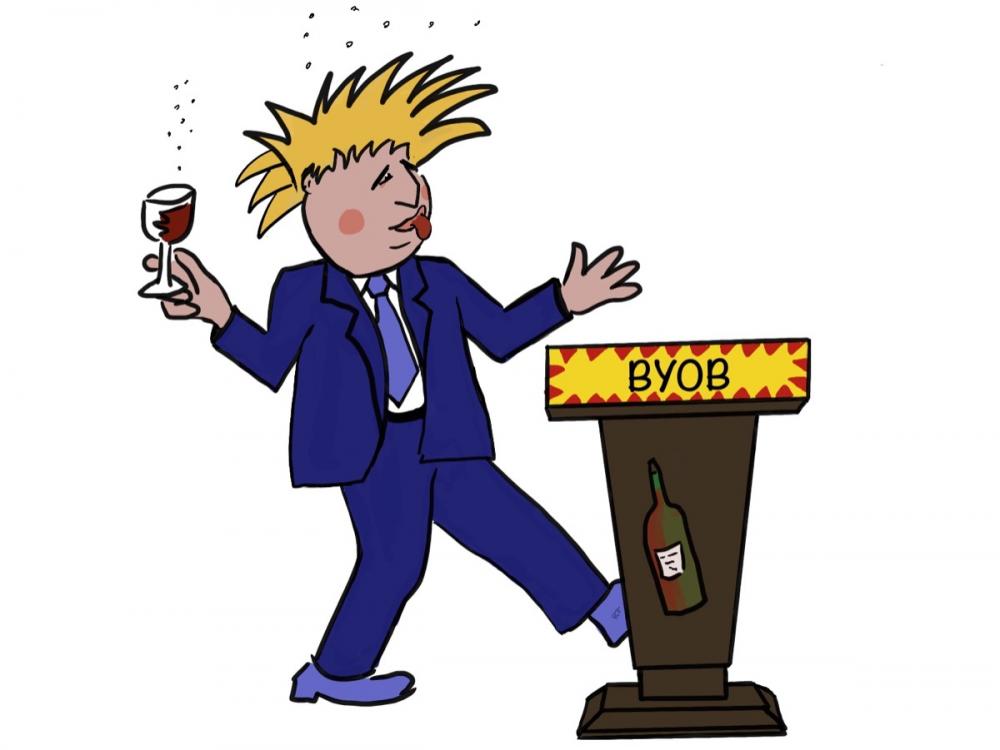 ITV News first revealed that Johnson’s Principal Private Secretary, Martin Reynolds, had emailed an invitation to a ‘bring your own booze’ drinks party in the Downing Street garden during the first lockdown. More than one hundred people were invited and around forty people attended the party, including Johnson himself, at a time when the law forbade meeting more than one person outdoors.

The government proceeded to mount a defence about as convincing as the England cricket team’s recent displays. They initially refused to say anything but, amid mounting anger, the Tories were finally forced to send out Michael Ellis, Paymaster General and charisma void, to answer an urgent question in the commons about the reports. Ellis did at least manage to play a straight bat, responding to every challenge by saying that we would all have to wait for the report from Sue Gray’s investigation. You can’t help but think it must have been a great party if you need to hold an enquiry to find out what happened at it. Or even if it happened at all.

Gray’s inquiry into all the parties that are alleged to have taken place is steadily increasing its remit as more and more of them emerge. What are we up to now? Nine? Ten? I’m losing track. Indeed, there are so many now being investigated that Labour MP Angela Eagle remarked that “perhaps it would be faster if Sue Gray were to investigate the days there weren't parties”.

The investigative enquiry is of course all fully independent and above board. Sue Gray is investigating her immediate boss, Simon Case, as well as her ultimate boss, Boris Johnson. I’m sure that’ll all work out fine. No conflict of interest there.

Johnson himself was finally forced to leave his industrial fridge and attend the hostile environment of Prime Minister’s Questions – a very different sort of ‘bring your own boos’ event.

Boris Johnson making an apology would normally seem as likely as Prince Andrew sweating (or ‘The Andrew Formerly Known As Prince’, as we should now call him). Andrew apparently developed an inability to sweat as a response to an overdose of adrenaline, while Johnson developed an inability to apologise as a response to an overprivileged upbringing.

Nevertheless, Johnson was now forced to say sorry, admitting that he had attended the drinks party “for twenty five minutes” but that he had thought it was a work event. Well now. I’m sure we’ve all been to some bad parties, but I’m not sure I’ve ever confused one with a staff meeting. Not even when people have been seven spreadsheets to the wind.

Admittedly, Johnson probably has a different threshold for what constitutes a party from the rest of us. He didn’t recognise it as a party because he can usually have more fun even when attending an IT class. Speaking of which, it is now rumoured that people at the party have been told to delete their WhatsApp messages and emails from the time so that there is less evidence. I guess those lessons with Jennifer Arcuri were of some use after all.

Even Conservative MPs were unimpressed by Johnson’s ridiculous excuse, with one saying, “I’ve not seen such a half-arsed apology since my child apologised for spilling all the milk.” Half-arsed? It was barely even quarter-arsed, with Johnson apparently later privately saying in the Westminster tea rooms that “we’re taking hits for something we don’t deserve”. At least the quarter-arsed apology matched the quarter-arsed support he got from the Chancellor, Rishi Sunak, who declined to turn up in the Commons, saying that he was “on a visit all day”. Indeed, indeed: an important visit to talk to his leadership campaign team.

But is quarter-arsed support better than the quarter-witted party loyalty of those who would exonerate Johnson? Despite widespread anger across the country, there are still those who defend Johnson’s actions, saying that he’s doing his best. This is, unfortunately, true.

Michael Fabricant – the lunatic fringe of the Tory party – got in on the act, observing that if Johnson has a fault, it’s his loyalty to his staff. Hm. That “if” is doing an awful lot of work.

“I’d rather have a prime minister who felt for his staff and all-those hard-working people,” said Fabricant, “than some cold fish who really couldn’t care a toss about them.” Ah yes: loyalty. I do wonder how far that loyalty will go when Johnson is looking for a scapegoat. Did he give a toss about Allegra Stratton? That’s one staff member sacrificed already. And right now, Downing Street is working out which mid-ranking officials can be blamed and thrown under the bus to save Johnson’s job. It’s what we might call a collateral throw test.

I can’t help but remember Priti Patel saying she would call the police on neighbours who broke Covid restrictions and held parties during lockdown. I also seem to remember Professor Neil Ferguson being forced to resign because his lover visited him in his home, with Matt Hancock saying it would be right for the police to investigate. Oddly, the Met Police are – again – not investigating the Downing Street parties, but they too are instead waiting for Sue Gray’s report. I wouldn’t like to say what will be in Gray’s report, but I expect there will be fifty shades of it.

But going on past form, it wouldn’t be a surprise if the government holds another party to disclose the results of the party enquiry and tell us who was there – it will be an attender reveal party. As for whether Johnson will have to take some blame - no doubt it will be a Gray area.

Also by Roger Winterbottom...
If Johnson Is On Borrowed Time, When Do We Get Paid Back?Implausible Deniability - Operation Save Big Dog May Need A Bigger Pooper ScooperParty Favours Or A Gathering Storm For Johnson?When Is A Party Not A Party?Emily Elephant Is Perfectly Fine, But Is Everything Okay With The Prime Minister?