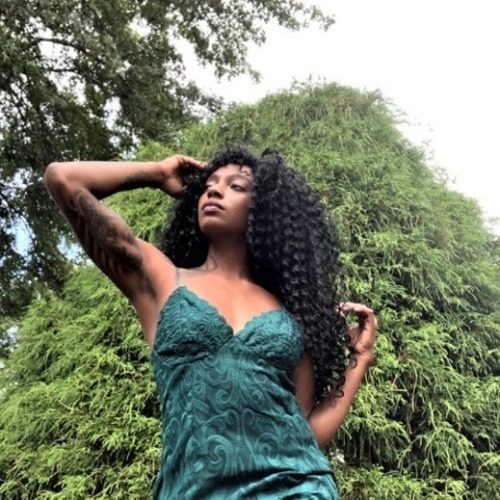 Taurie is a multi-faceted, multi-talented star in the making. She embodies the diverse beauty and traditions of her Nigerian Native American heritage which also enrich and influence her music which encompasses many genres including pop, R&B, Hip-Hop and more. Add to that her musical versatility, playing no less than five musical instruments – piano, keyboard, acoustic guitar, electric bass and ukulele, as well as being a consummate singer, song writer, producer, choreographer and dancer. Still only 23, Taurie displays the personal wisdom and artistic maturity of someone much older and is fondly referred to as an ‘old soul in a young body’ by her peers and friends alike. Now this ‘old soul’ releases her new single ‘Aesthetics’ – so we caught up with her to find out more..

First and foremost, hello and how are you?

Tell us about the record you have just released… How do you feel when releasing a record?

I’m very excited that this record was finally released! Creating music, sometimes from scratch is always an empowering venture for me each time I complete one. Blossom being my second record, carries that ‘coming of age feeling’, and recognizing self-value’ with each sing.  My songs of course reflect different aspects of love, so this one shares that as part of my experiences as well general experiences of people around me.

What inspired the record?

I had just completed my first record ‘Enigma’ and thought to myself, ‘why stop there?’. I am constantly writing poems with melodies and this one became easier to embrace than the first. Creating this record helped me grow into a comfort zone with my voice, recognizing its range and recognizing instruments that best complements. This record also makes me feel like I am coming of age in my musical expressions.

Tell us a little about your creative process...

I do not have a set rule or process. My creative process could stem from a moment, an expression, sunset, like AESTHETICS, even a joke. I write poems a lot so what I do is add melody to my poems, give them a message, then voila…a song is born.

If the record were an animal, what animal would it be?

A tiger lazing on a terrain starring into the horizon where the sun is setting.

Define your sound in five words…

What was the first song you bought?

And the first album?

What was the best concert you have ever seen?

What did the experience teach you that you have translated to your own shows?

Work really hard to bring a memorable performance to your fans. Ciara’s performances are remarkable. You can tell she put in time and effort.

What other artist are you most excited to hear from?

If you could work with them, what would you hope to record?

A song about hope for the right kind of love.

If you had to pick three artists to be filed next to, who would they be and why?

Sade – She is the epitome of femininity, grace and confidence.

If you could jam with one artist alive or dead, who would it be?

If you could have written one song by another artist, what would it be?

Someone is making a film of your life, who will play you?

Lastly, tell us one thing you have never revealed in an interview…