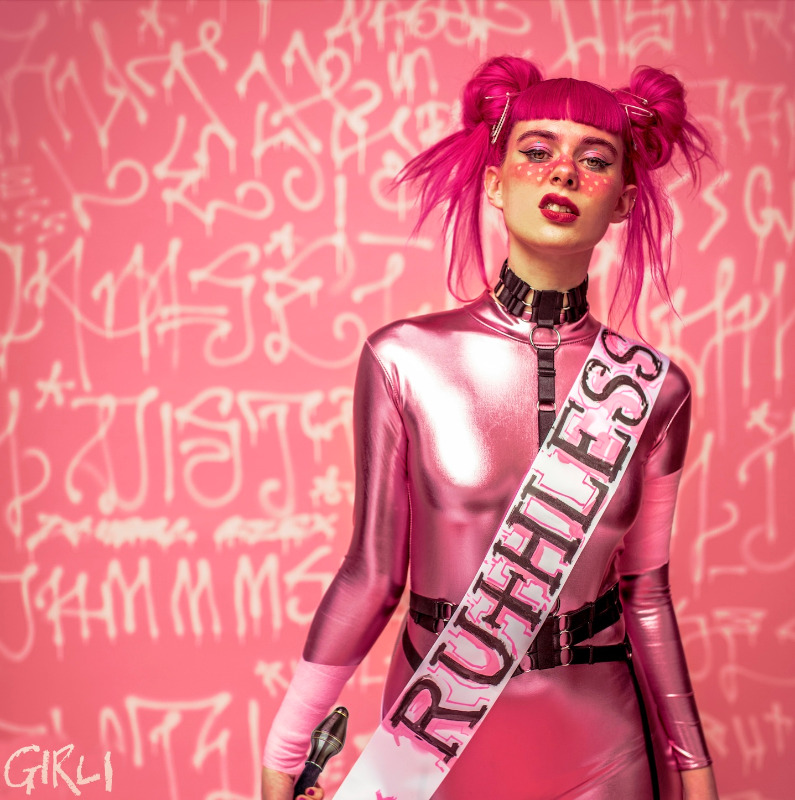 GIRLI’s passions go further than music; she speaks avidly and openly about topics such as feminism, sexuality and mental health. Last November saw the alt-pop artist launch her own podcast, ‘GIRLI IRL’, where LGBTQ+ artists join her to discuss these issues.

The singer is going out on tour later in November. Ahead of the tour I asked the London born singer about her career to date.

You are coming to Leeds for a concert in December - have you been to Leeds or Yorkshire before?
I have! Loads of times, actually. I've played Live at Leeds Festival before and visited Leeds on tour in the past. My best friend also went to uni in Leeds so I used to visit her all the time! Everyone is up for having fun, and there's more of a laid back vibe than down south.

Why did you decide to hire an all woman crew for the tour?
Women and non binary folks are really under-represented in the live music sector. Most tour managers, sound techs, photographers, roadies, are men. I wanted to change that, starting with my own tour.

What is the inspiration behind your stage name?
I wanted to challenge stereotypes. People make a judgement about what the word 'girly' means - they think femininity, which then makes them think negative things like weakness, submissiveness, lack of autonomy. I wanted to reclaim the word and make it powerful, pink and punk.

Is there any artist that you would like to work with?
I'd love to collab with Little Simz. She's rad. Tegan and Sara would also be a bucket list collab. 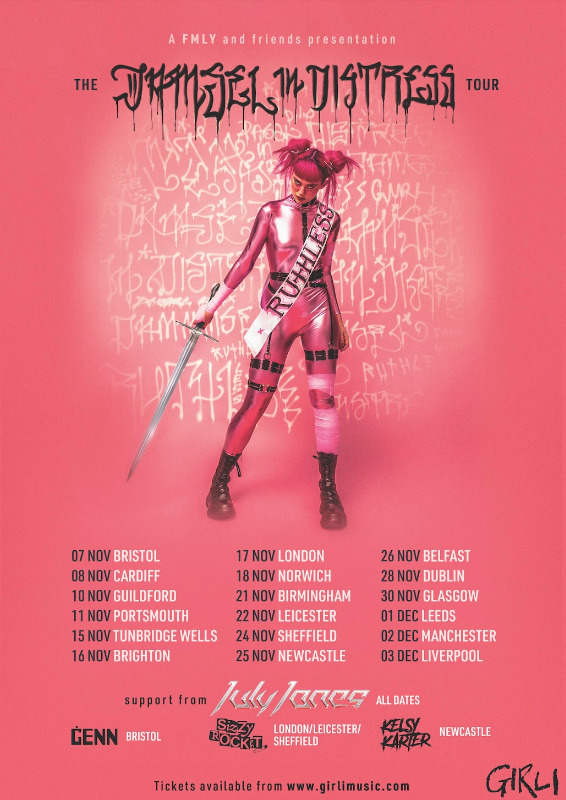 What has been the highlight of your career so far?
Getting dropped by a major record label and coming back independent, DIY and stronger than before. I'm so proud of myself for not giving up after that.

In the past when you suffered mental health issues, did you feel that support was available?
I'm so lucky because my parents have always been so supportive of my mental health struggles - they have experienced a lot of the same things and have an understanding. Mental health is not taboo in my family which I'm so grateful for. However, at school I didn't feel that support was available, and when I first left home at 18 I felt like mental health was glazed over and not taken seriously by my friendship group at the time. I had to find the right friends, and build my own support system. I'm lucky because I can afford private therapy, which has been a lifesaver for me. Waiting lists for therapy on the NHS are long and you only get a limited number of sessions. It's not enough for people who are struggling and need help.

What would you say to anyone going through a bad time at the moment?
You are so much stronger than you think, and you are frickin worthy of awesome things. Also, don't hate yourself more for feeling down. It's a vicious cycle.

Through all your experiences so far, what has it taught you about what is important in life?
Oh wow. I'm still trying to figure that out. But I think one of them is this: being your authentic self, even if it means you're not one of the "popular kids", is always better. You attract people who are also authentic, and will love you for who you are. Way better than trying to fit into a crowd where you feel lonely and surrounded by people faking it.

What is the worst job you have had?
Cocktail maker at a bar. I can't make cocktails.


GIRLI plays the following concerts in the north

https://www.girlimusic.com/
Also by Graham Clark...
Interview With FiveGary Barlow Relights The Fire In SheffieldJames - Still Getting Away With It At Leeds ArenaSam Fender – On Fire In LeedsTime To Experience The One O’clock Gun Pub In Liverpool