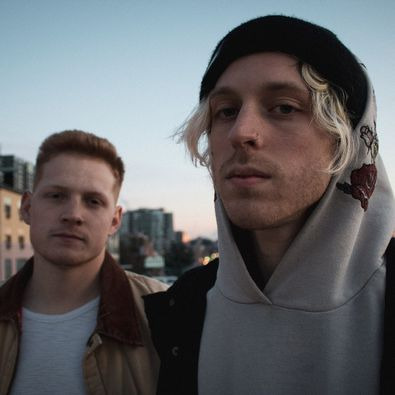 Blisshouse are a hot new two piece act from Seattle. They are influenced by artists ranging from Balance and Composure, Lil Peep, Nirvana, Dominic Fike, Letlive, Nothing, Nowhere, to The Neighbourhood, The National, Every Time I Die, Gorillaz, Twenty One Pilots, Jimmy Eat World and Linkin Park.

The energetic duo have just released a new single 'Sick!' which typifies their energetic style. Just when you thought that no one out there was making a statement for rock the track comes along to blow away the cobwebs of winter. I asked Sam Smizek from the duo about Blisshouse and their career to date including their desire to support Sheffield band Bring Me The Horizon!

What made you decide to form Blisshouse?

Blisshouse was formed pretty naturally after the dissolve of our previous band. I was feeling pretty down and not inspired at all. I knew I still wanted to pursue music as my career but after putting so much time and hard work into the previous band, it left me feeling pretty lost as to what to do next.

Eventually though, I just got the itch to start creating again. I started teaching myself how to produce in the little studio apartment in my hometown, trying to come up with anything that inspired me.

After about a year of lots of trial and error developing dozens and dozens of ideas and songs, we released our Debut EP Home and were so proud of it.

It was really frustrating throughout the writing process as everything was so new and there was so much to learn and explore, but it was also the most inspired I’ve ever felt creatively, and continue to feel. As the songs were developing I really felt like I was beginning to create what Ive heard ‘in my head’ for years.


Also by Graham Clark...
Now Thats What I Call Music 8 Gets A Re-release 35 Years LaterGary Powndland - The New Comedy Star Brings His Sell Out Show To The NorthRyedale Festival Springs Into Life With An On Line EditionGun Announce Tour That Visits Manchester And BradfordThe Deva Fest Arrives Back For Summer
I can hear Twenty One Pilots and Linkin Park in your songs, who were your influences growing up?

When we were younger we definitely listened to Linkin Park a lot, as well as a lot of heavier bands from the underground scene like Underoath, Every Time I Die, Bring Me The Horizon. Rage Against The Machine was always on heavy rotation as well.

We listened to everything though really, Kid Cudi has always been a huge influence on me. Lana Del Rey was on regular rotation on our phones in high school. My dad used to play everything from Motown to Johnny Cash, Eminem to Nirvana. My sister went through a big Red Hot Chili Peppers phase, whilst also blasting Britney Spears from her room so we were really introduced to a diverse range of music growing up.

The Top 75 here in the UK and the Billboard chart in America are full of solo singers and Rap and R&B artists, do you think it’s time for rock music to make a resurgence?

If we’re talking about the influence of rock music, I don’t think it’s ever gone away. I think ‘Rock n Roll’ ideals still exist today through artists that are really down to be themselves and not care about what people think of them, and never compromise their vision. But Mainstream Popularity wise, absolutely. I definitely think it will.

Rock that was getting played on top 40 radio got pretty cheesy for awhile. It needed to go back underground for a bit. It was stale, holding on for dear life to past cliches while there were hundreds of great, influential bands in the underground music world that were really making waves, but not getting the attention they deserved from mainstream media.

I think it’s only a matter of time before a moment happens for a ‘Rock’ band again, it just may not be the same idea or sound of Rock that people are used to.

If you had to support any act on tour who would be your first choice?

That’s always tough, as we’re into so many different artists. Billie Eilish would be crazy, Brockhampton, Dominic Fike or Denzel Curry would be dope. Bring Me The Horizon would be wild. Twenty One Pilots seem like pretty cool dudes to hang out with on tour.

What is the best concert you have seen?

This may be cheating as there are so many bands fit into one ‘concert’, but Warped tour was always amazing the handful of times we attended. We actually got to watch Bring Me The Horizon backstage right when they dropped ‘Sempiternal’, in 2013 so that was really cool. It was a pretty ‘full circle’ moment when our previous band got the opportunity to play on warped tour in 2016, and meet so many of our influences as well as watching them in close quarters doing what they do best.

Have you ever been to the UK?

Never! We’re really hoping to change that soon, though.

It has been a bad 12 months, what has inspired you to stay positive throughout the pandemic?

Staying busy is the biggest one I'd say. As long as we’re keeping our mind or body preoccupied, the harder days are easier to get through.

Do you read all the social media posts you get?

Absolutely, The support we receive is truly inspiring and we will always reciprocate that appreciation.

Have you met any of your heroes and if you have did they live up to their image?

Here and there we’ve been able to meet some people we’ve looked up to or were inspired by. I can’t think of a bad experience so I guess so! 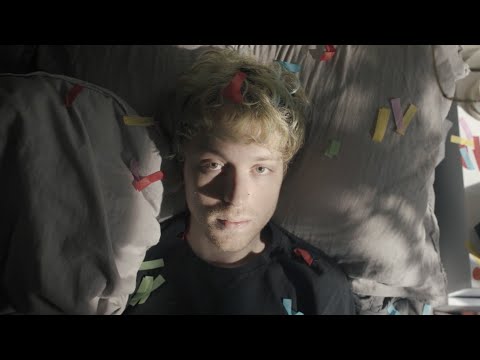