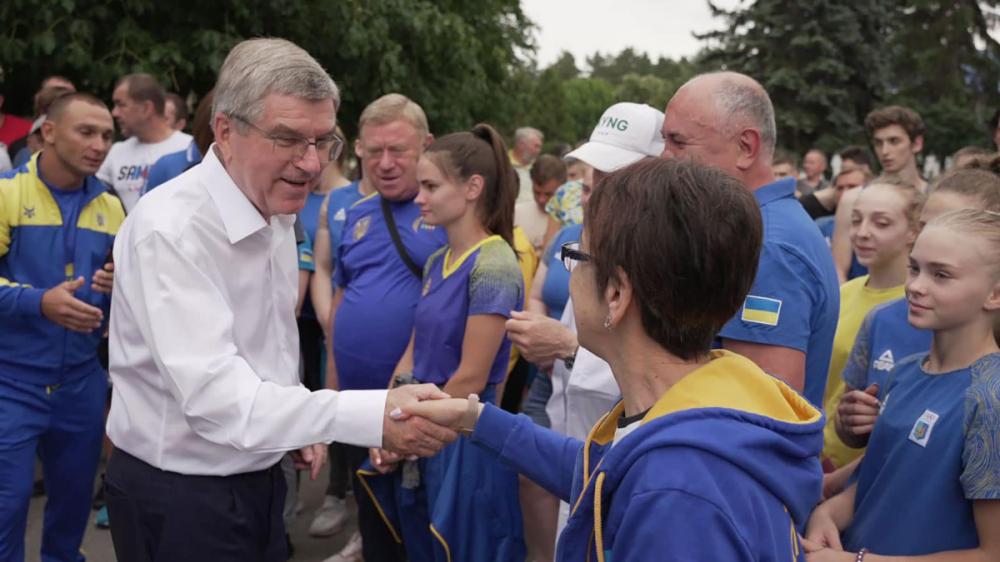 credit National Olympic Committee of Ukraine
He met around 100 athletes from the Ukrainian team at the Olympic Training Centre, and listened to their first-hand accounts of their experiences of training and competing in extremely difficult conditions.


Speaking to them at the Training Centre, President Bach said:
“We want to show the solidarity of the Olympic Movement with our friends here in the Ukrainian Olympic Community because we know that you are living very difficult moments, and we want not only to tell you, we want to show you, we want to reassure you that you are never alone with the Olympic Community. We are with you with our hearts, with our thoughts every day, and we want to support you to make your Olympic dreams come true."

At the Centre he was also joined by two-time Olympic sprint champion and IOC Member Valeriy Borzov.

Earlier, the President visited a badly damaged sports facility in Kyiv. He was able to see the destruction at the Avangard basketball hall, which was hit during a missile attack on the city. 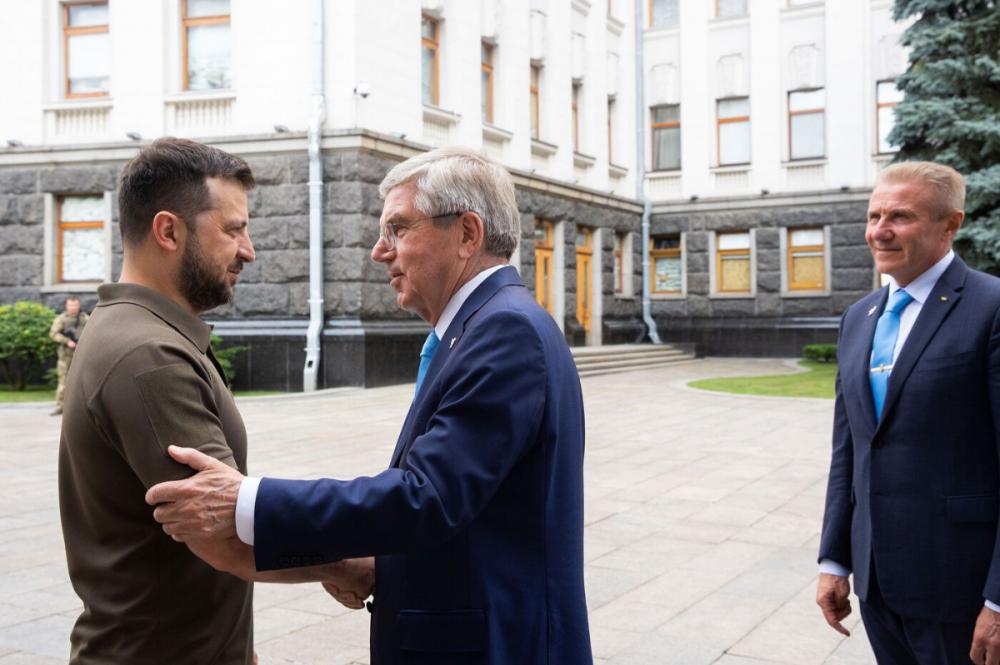 During a media conference, President Zelensky also welcomed the new strengthened initiatives from the International Olympic Committee that the IOC President had announced during the visit, which go beyond coordinating the support for more than 3,000 Ukrainian athletes both at home and abroad. President Bach committed to continuing and even strengthening the IOC’s support for Ukrainian athletes, with a special view to the Olympic Games Paris 2024 and the Olympic Winter Games Milano Cortina 2026, and their respective qualifying events. As a result, the aid fund for athletes will be tripled to USD 7.5m. And Sergii Bubka, as the coordinator of this fund, will continue to rally and coordinate the support of the entire Olympic Movement beyond this IOC fund. President Bach also committed to convening in Lausanne, together with the NOC and the Sports Minister of Ukraine, a Ukrainian Sport Recovery Conference of the Olympic Movement.

The International Olympic Committee is a not-for-profit, civil, non-governmental, international organisation made up of volunteers which is committed to building a better world through sport. It redistributes more than 90 per cent of its income to the wider sporting movement, which means that every day the equivalent of USD 4.2 million goes to help athletes and sports organisations at all levels around the world.