How Shopping Local Benefits The Environment

Photo by Kimberly Fowler on Unsplash
During the pandemic, shopping local has seen a huge surge in popularity. With the first months of lockdown seeing sales in small, independent stores increase by up to 69%, British shoppers say they’re now visiting local stores more than ever before. By shopping closer to home, consumers are supporting their local economy and creating jobs for local people. But shopping local also has significant environmental benefits that are often overlooked!

Each year, £2 billion worth of unwanted, surplus consumer goods are produced in the UK, often ending up in landfill or incineration.

It is also estimated that 10.2 million tonnes of food and drink that could have been consumed ends up being thrown away each year. This again often ends up in landfill.

It’s clear that mass produced products from all industries can have a hugely devastating impact on the environment.

In comparison to larger chains - which buy large amounts of stock in anticipation of customer demand - smaller, independent stores buy their stock and produce in smaller quantities, only buying what they need to save both money and waste. 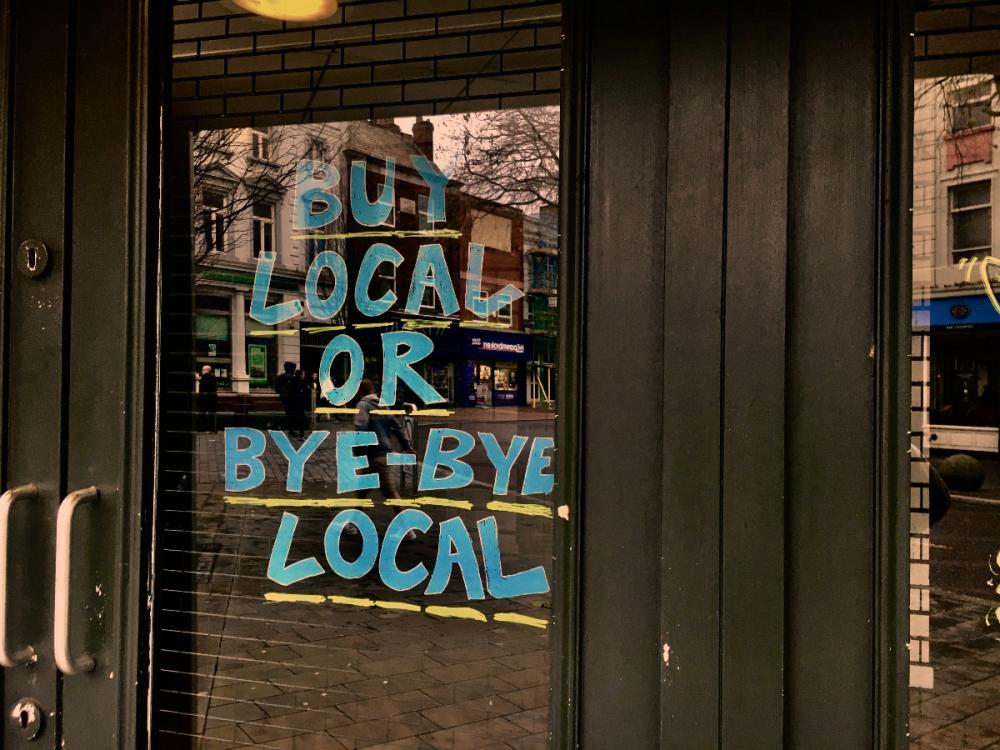 Photo by Arthur Franklin on Unsplash
Reduction on food miles

Did you know that transporting food within and to the UK produces 19 million tonnes of CO2 per year?

And that’s just food; think about all of the consumer goods delivered across the world on a daily basis.

One of the major environmental problems with buying from larger chains is the ‘food miles’ that goes into delivering stock.

Conventional large-scale agriculture is one of the most polluting industries; often using pesticides, artificial fertilisers and other intensive farming techniques to help keep up with demand.

Research also suggests that up to 98% of crop sprays don’t actually stay on the plant, but instead bounce straight off, where they accumulate in the soil and eventually run off into our waterways.

Whilst produce from large, household name supermarkets more often than not comes from these large-scale, commercial farms, local independents are much more likely to buy their stock from smaller, local, organic farmers - who focus on using sustainable methods to produce fresh, quality produce.

A huge environmental benefit to shopping local is the amount of packaging saved compared to when buying from bigger brands.

Whilst larger chains need plenty of packaging to ensure their products survive the journey from source to store, smaller independent stores have the benefit of only using what is absolutely necessary.

Take your local greengrocer - fruit and veg are stocked loose without plastic packaging. This also helps reduce food waste, as customers only take what they need!

As an independent itself, ethical cleaning company Bio-D champions local stores across the country, supplying stock for independent stores.

Using plant-based and naturally derived ingredients, reducing waste is one of Bio-D’s key values, with 100% of consumer packaging produced from recycled plastic and 5L and 20L refill containers available for customers to refill their existing bottles and reduce plastic waste.biod.co.uk