The Japanese automotive giant Honda has today announced that at the end of the 2021 season it will end its involvement in Formula 1 as a power unit supplier to the Red Bull and Scuderia AlphaTauri teams. It explained that after a detailed review it feels the need to focus more on its road car core business as that market continues to change significantly, with an ongoing drive towards electrification. 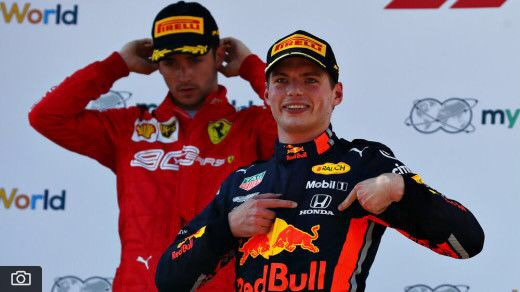 Red Bull driver Max Verstappen happy to point out Honda’s part in his success
This decision will clearly very much impact on the two Red Bull owned teams, who have nevertheless made it clear that they definitely intend to remain in the sport beyond the end of next season. There will be limited options for them though in terms of a new power unit supplier and a return to Renault may be on the cards unless an alternative new source arrives on the scene. 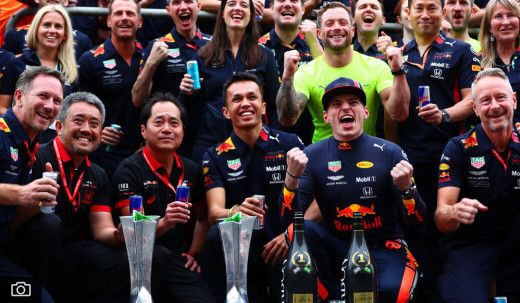 Honda power unit staff from Japan enjoying a Red Bull team photo after another victory
Honda had been starting to enjoy an increasing level of success during its current period in Formula 1, achieving five wins and 15 podium finishes, but it was at a high financial cost and ultimately the company felt the need to allocate these funds elsewhere. Red Bull team principal Christian Horner was clearly disappointed, but fully accepting of its current power unit partner’s revised strategy “The shifting focus within the automotive industry has led to Honda’s decision to re-deploy their resources and we understand and respect the reasoning behind this”, adding that they had successfully faced such challenges in the past and would do so again now.