‘Hindsight Is A Wonderful Science': Artistic Licence By Katie Fforde 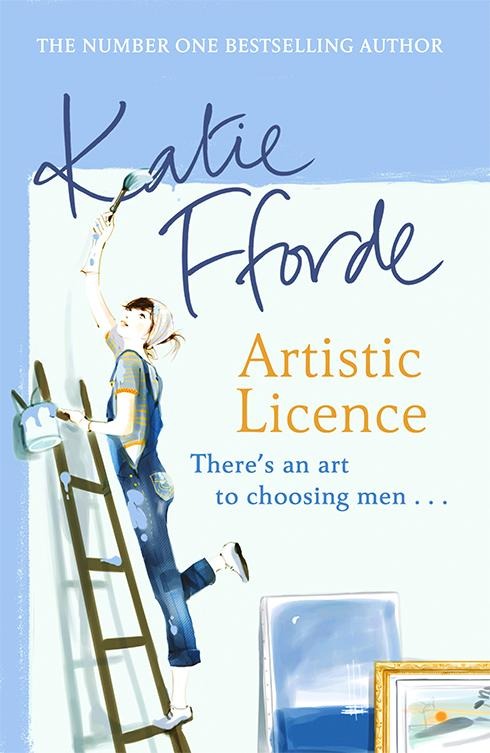 Thank goodness for lockdown and those people who have used the time to have a good old clear out. Thanks to those friends of mine who have thrown their unwanted books in my direction and so replenished the pile by my bedside, now teeteringly tall once more.

I discarded The Godfather from the pile without a second glance (the horse’s head on the pillow is all that springs to mind), along with a couple of ‘psychological horror’ stories. Not my cup of tea but each to their own.

I have long since believed that some books are written with male readers in mind and some with female, although there is obviously no golden rule and there is plenty of cross-over. It’s not just the plot. Men generally prefer action and pace and don’t wince as bones crack audibly, whereas women look for a more emotive approach, highlighting relationships and developing plotlines more slowly and intricately. Writing style, too, seems often to be deliberately preferential - imagery, metaphor, syntax, language, vocabulary, dialogue and humour, employed either consciously or not. However, I have known men who love the descriptive flow of Thomas Hardy and women who like the brusqueness of Raymond Chandler so really, there are no rules and it’s all a matter of personal taste.

One book which found its way onto the pile was a light read by Katie Fforde, Artistic Licence, billed as a Sunday Times Top Ten Bestseller. Art galleries and a charming, feckless, Irish artist; loveable puppies, not least the imaginatively-named Little Chap – the runt of the litter; friendship and romance – what’s not to like, lying on a comfy recliner in warm summer sunshine?

Single, thirty-something Thea Orville wants a bit of excitement in her life. Having been let down by her ‘one and only’ and having given up the hectic life of a photo-journalist for the quieter life of landlady to a bunch of students in the Cotswolds, she’s bored. ‘You’re a funny woman’, she tells herself, and given that ‘the wine in Provence is probably better’ than the bottle of cheap plonk in her kitchen, she is not afraid to seek out an adventure when it is offered, temporarily leaving behind the humdrum of everyday. 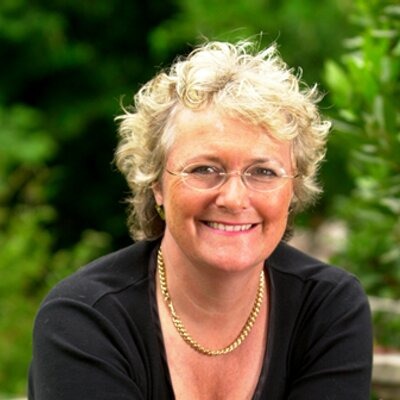 Katie Fforde
A brief holiday in France is followed by a spontaneous trip to Ireland to meet up with the aforementioned feckless, but highly talented, artist, Rory. Then home with a new project to inject some energy into her existence. Her idea of an art gallery of course involves her friends Molly, Petal, Ben and Toby. There follows the ubiquitous ‘will they, won’t they’ scenario in the romance stakes; there are obstacles to overcome and deadlines to be met. Most of the story is fairly predictable but you can’t help reading on. The characters are not complicated and are lifelike in their imperfections.

I have seen Katie Fforde books on the shelves in bookshops often but never been particularly tempted. I had no idea she was such a prolific author (twenty six novels to date). She has quite a pedigree, too: founder of the Katie Fforde Bursary for writers who have yet to secure a publishing contract, and both a committee member and for two years, chairwoman of the Romantic Novelists' Association, before becoming its fourth president. In June 2010, she was announced as a patron of the UK's first National Short Story Week and in 2016, she launched the Stroud Contemporary Fiction Writing Competition as part of the first Stroud Book Festival.

In Artistic Licence, Fforde conjures several memorable lines, not least the title I took for this article. A worthy and humorous, ‘I have a very lucrative bird in the hand and I’m throwing it away for some hairbrained chicken portion in a bush’ and the more philosophical, ‘it doesn’t matter if a book is for adults or children, if it’s a good read, it’s a good read.’ I also liked the reference to deep fried Mars Bars, a delicacy I have never actually tasted but remember as being popular with young boys - well, my young boy - on his way home from Friday night Scout meetings! And continuing the theme of food, ‘Molly liked people to get their just desserts, not “Death by Chocolate” when they deserved cold semolina’.

‘Happy endings don’t exist in real life; it’s all just compromise isn’t it?’ Perhaps, or may be if you read to the very end, you will discover that the world can be ‘tinged with pink and gold’.

‘The trees stood out against the sky. The hills took on the shapes of enormous mythic beasts and honeysuckle-scented hedges were dotted with bindweed flowers, strangely white. It was the kind of night when maidens of old performed strange rituals and laid their linen smocks on the grass to bleach in the moonlight.’ I said this was a light read but there is something which appeals, not the fairly formulaic plot so much as her style, the use of language to express her ideas - an artist using words rather than paint to create something pleasurable and relaxing to look at and consider.


Also by Artis-Ann ...
Revenge Is A Dish Best Served Cold: The Racketeer By John GrishamA Different Perspective: The Other Side Of Truth By Beverley Naidoo, Stone Cold By Robert SwindellsA Righteous Compromise: Big Sky By Kate Atkinson‘You Need All The Luck You Can Get’: A North Sea Tale By Chris SpeckIn The Eye Of The Storm: A Cotswold Ordeal By Rebecca Tope