Charlotte Henshaw and Laura Sugar struck canoeing gold as ParalympicsGB signed off from the Sea Forest Waterway with more success on the water.

Henshaw led home a British 1-2 in the women’s KL2 final, beating teammate Emma Wiggs to the line by just over half a second.

Henshaw, who has silver and bronze in the swimming pool from the last two Games, completed the medal set in style with her first gold thanks to a sensational performance, crossing the line in 50.760 seconds.

“It’s amazing. I feel a real sense of gratitude that I got the opportunity and I was able to race for this medal,” she said.

“Twelve, 18 months ago we weren’t sure if we were going to get this opportunity. 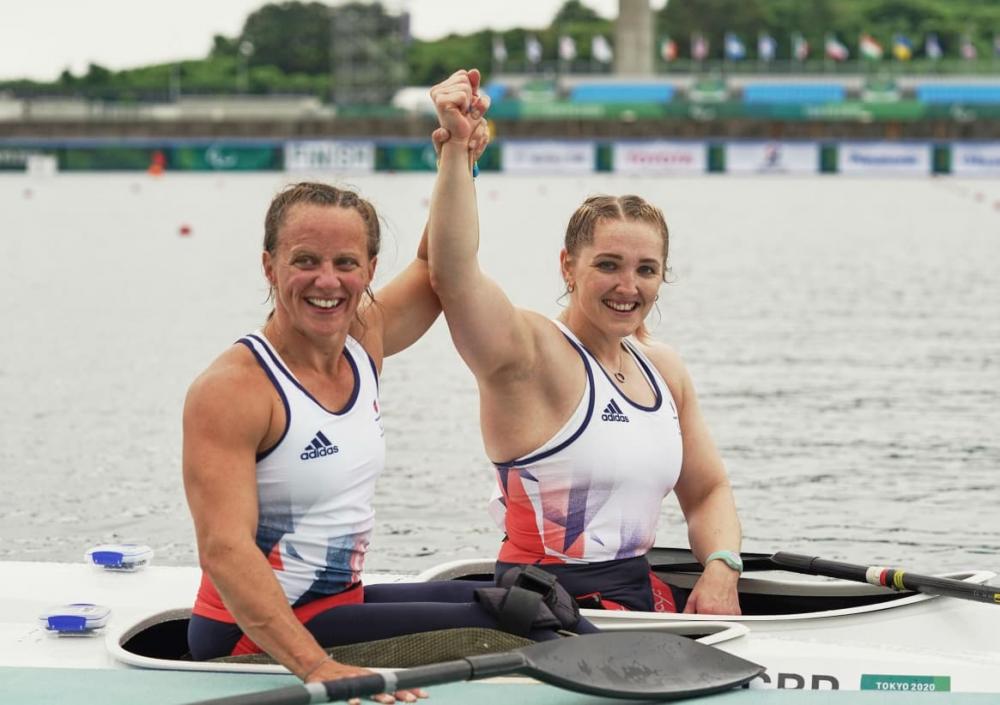 From one Paralympic champion to another
Wiggs, who won VL2 gold on Friday, was delighted to take silver and share the podium with Henshaw, despite being unable to successfully defend her Paralympic title from Rio.

“We don’t talk about medals and stuff, we wanted to show the world what we have got,” she said.

“I think we did that today, I have no idea of the times, but we put on the best performances we could and that is good enough for today.

“I am chuffed to bits for Charlotte and blown away to be next to her on the podium.”


The first and biggest thanks needs to go to Japan for putting on an incredible Games in such difficult circumstances. Charlotte Henshaw

It was also sweet morning for Sugar, who dominated the final of the KL3 to take gold in a Paralympic best time.

The 30-year-old competed in athletics at the Rio 2016 Paralympic Games and felt she executed the perfect plan after winning in 49.582 seconds – a new personal best.

“It was a bit of a blur really, it is amazing to do that race out there, I knew I had to nail my start and then the racer in me comes out halfway through the race,” she said.

There was also a medal for Stuart Wood in the men’s VL3 event, as he crossed the line in third.

Wood made a rapid start and led at the halfway stage but he faded in the second half of the race and was hanging on at the line.

He faced a nervous wait for confirmation of the result and was relieved to see his name beside the bronze medal.

“I was so sure I had lost it at the end there to be honest,” he said.

“I was so nervous and relieved when the result came through.”