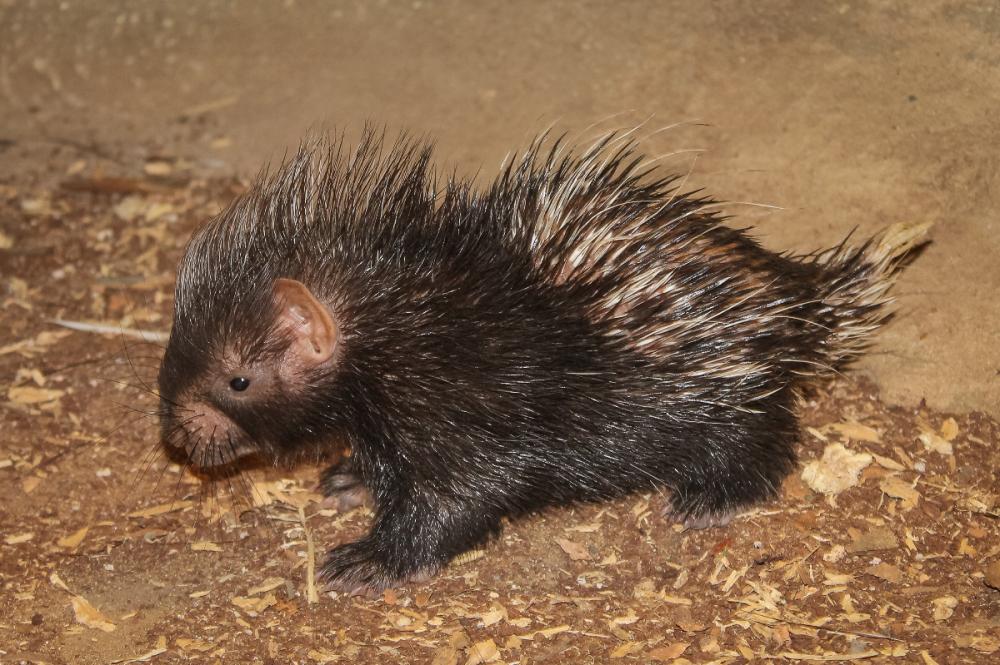 Cape Porcupine Baby Hershey
Keepers at ZSL London Zoo have shared the first images of an adorable baby porcupine - known as a porcupette - born in front of amazed visitors at the Zoo last month.

Born to parents Hettie and Henning on Friday 25 March the baby cape porcupine (Hystrix africaeaustralis) entered the world to an audience of delighted families on a fun day out.


Zookeeper Veronica Heldt said:
“It was totally up to Hettie where she gave birth, and this time - her second baby in seven months – she decided to leave her cosy indoor dens and share the wonders of porcupine childbirth with our excited visitors.

“We answered a lot of not-so-subtle questions about porcupine quills – they're soft at birth before quickly hardening, so Hettie’s labour was not as painful as some watching mothers were imagining!”

Porcupette Hershey and mum Hettie
Cape porcupines are native to central and southern Africa and are the largest of all the porcupine species, weighing up to 15kg when fully grown, compared to a tiny 350g at birth – approximately the weight of a can of cola.


Veronica added:
“We’ve named the little one Hershey; all the porcupines in the family have names starting with the letter ‘H’ - Hershey joins Hettie, Henning and seven-month-old sibling Herbie.

“The whole family have spent the last month doting on the new arrival, which has made it tricky to get a clear picture of the little one on its own – but we were pleased to finally get these snaps this week, while Hettie and Hershey enjoyed some precious mother/baby time.”

Keepers will discover the sex of the youngster after its first health check, when one of its quills will be sent for DNA testing.

Explore family days out with a difference at ZSL London Zoo this April - book now at www.zsl.org/london