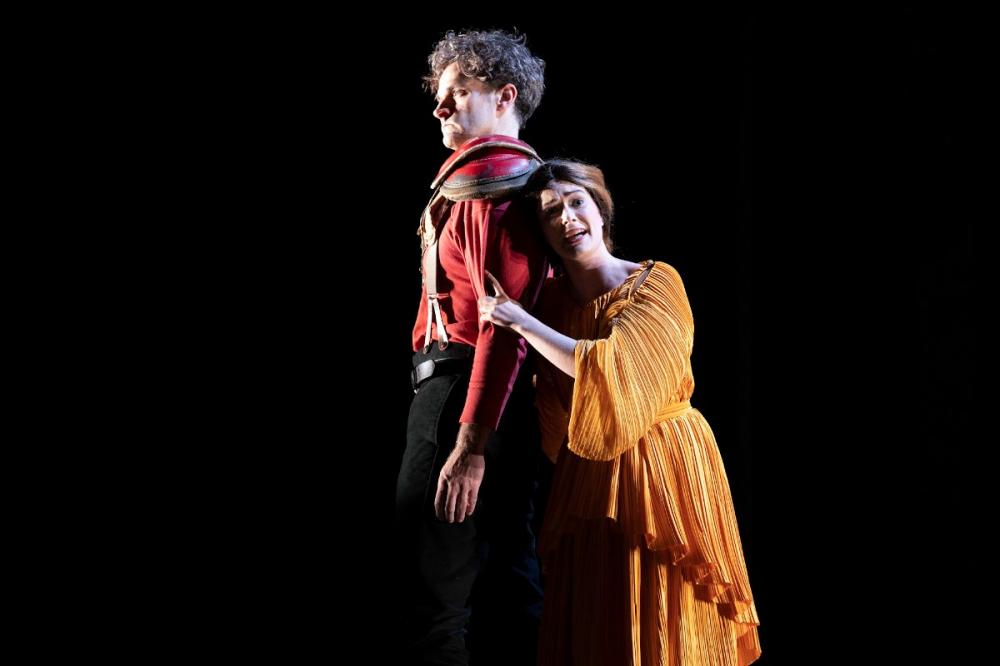 With all the ingredients for a fine performance: excellent cast, great music, love tangled plot and a wonderful set, Amadigi delighted the audience.

James Conway's production with touches of the comic mixed with the tragedy is enhanced by Neil Irish's set and costume design, coupled with the lightening designer Rory Beaton bringing a freshness and sparkle to the performance. 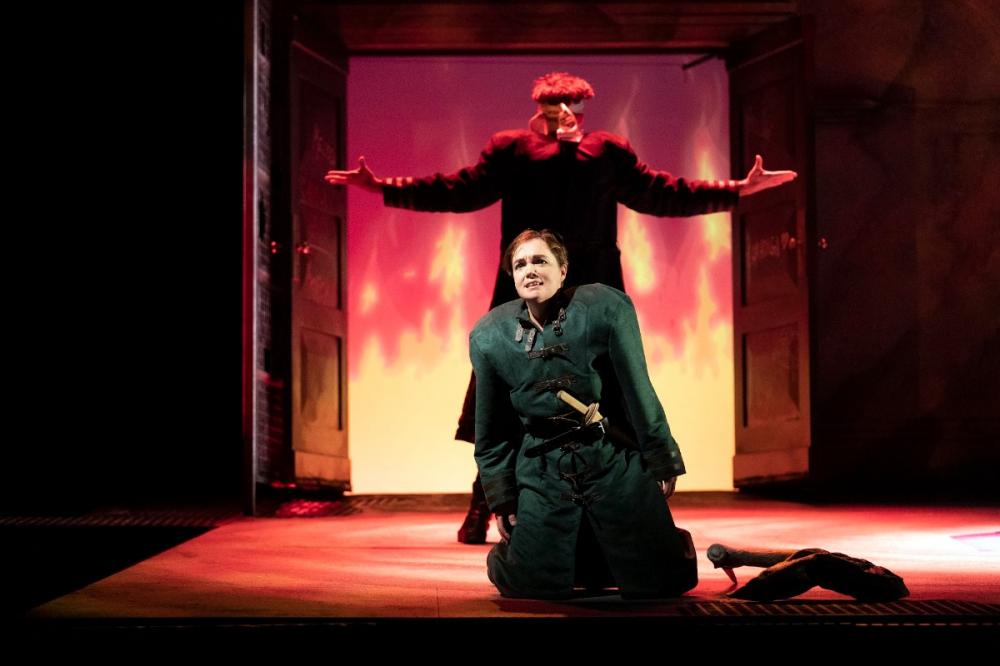 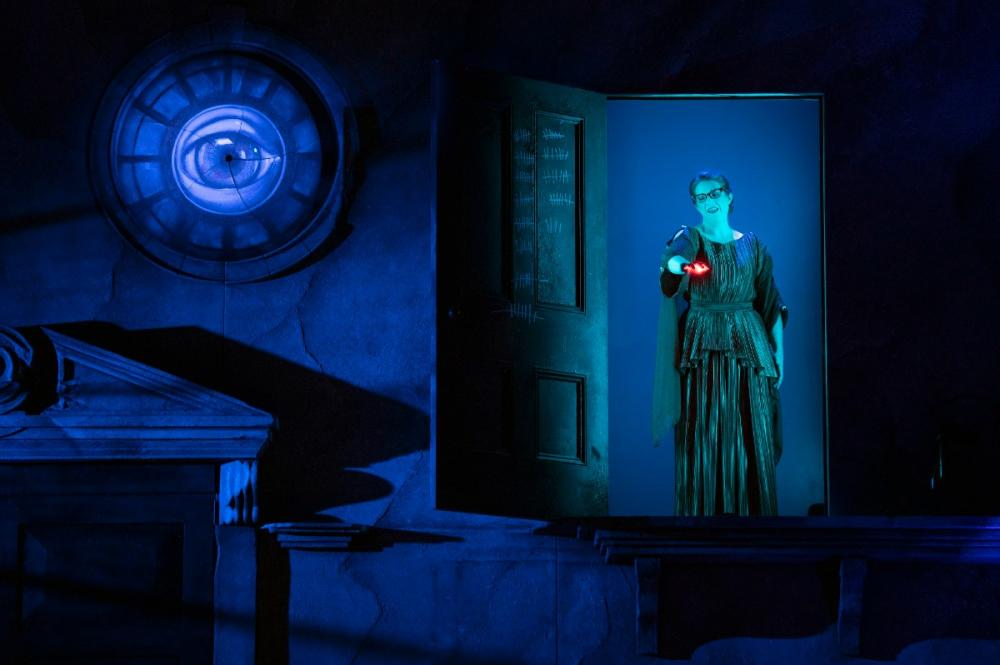 Photo credit Richard Hubert Smith.
The quirky production has Harriet Eyley's Oriana, with her beautifully sung coloratura, knitting a scarf as she waits for her hero. There is also masterly use of strong colour through reds and blues, and projector images to portray illusion superbly, plus doors that do not have to be touched to be opened or closed, perfect in our Covid world.

The quartet of singers captivate with their arias; Counter-tenor William Towers' Amadigi deftly bringing the score to life and the duets between Jenny Stafford's Melissa and Rebecca Afonwy-Jones' Dardanelles are powerful in voice and in portraying their characters.

The Old Street Band conducted by Jonathan Peter Kenny, come into their own in Acts 2 and 3 with woodwind and trumpet. Kenny's passion for, and understanding of the score, ensures that he manages to get the energy and inventiveness that Handel intended. 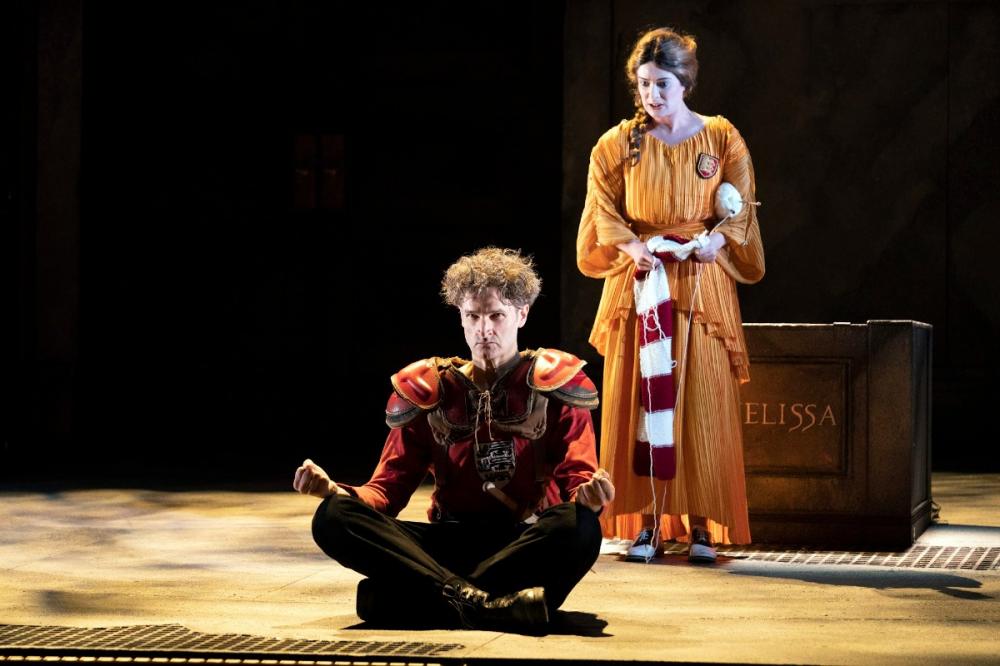 Photo credit Richard Hubert Smith.
As the opera comes to an end a fifth performer appears, in last night's case it was young treble, Ackash Patel, appearing as Orgando the God of love.

Although a lovely performance it was definitely enhanced by the wonders of modern technology to bring it alive rather than what would have been available at its first performance in London in 1715.