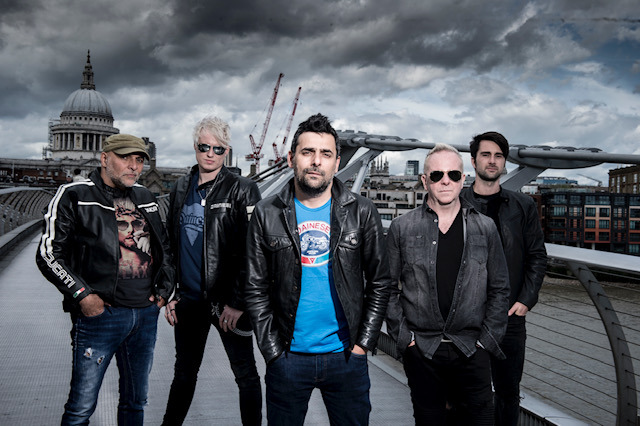 You might remember Scottish group Gun for their cover of Cameo’s Word, but the act have had many hits too such as Steal Your Fire, Better Days and Don’t Say It’s Over.

The MTV EMA award winning outfit’s rebellious attitude and freeing sound has seen Gun release a string of albums attracting an array of new fans, and impressing critics alike. Their efforts have earned them the title as one of modern rock's greatest influences and secured them achieve 3 UK Top 20 albums and 11 UK Top 40 singles throughout their career; most notably touring with The Rolling Stones on their Steel Wheels & Urban Jungle tours.


Also by Graham Clark...
Paco Versailles - DancemencoYorkshire Gets To Share The Stage At The Brit Awards Ahead Of NHS Charity Single ReleaseJack Savoretti. No Longer Singing To StrangersRag ‘N’ Bone Man - Life By MisadventureNOW That’s What I Call 12” 80s
Unheard in the UK, the thunderous and fierce new single ‘Whiskey and a Prayer’ is taken from the Japanese edition of the band’s ‘Favourite Pleasures’ album; the track grabs the listener from the off, as they are soon thrown into a whirlwind of unstoppable guitar licks and venomous drum patterns, as guitarist Gizzi champions determination and an unwillingness to give up. The release signals a new era for the group, as they prepare for the release of the eighth studio album, which is currently being planned for a November release.

The tour includes a huge hometown gig at the Barrowlands Ballroom in Glasgow on Saturday 11th December, though they are playing closer to our region at these venues, including what is a big booking for the Night Train in Bradford

For tickets and further information: https://www.gunofficial.co.uk