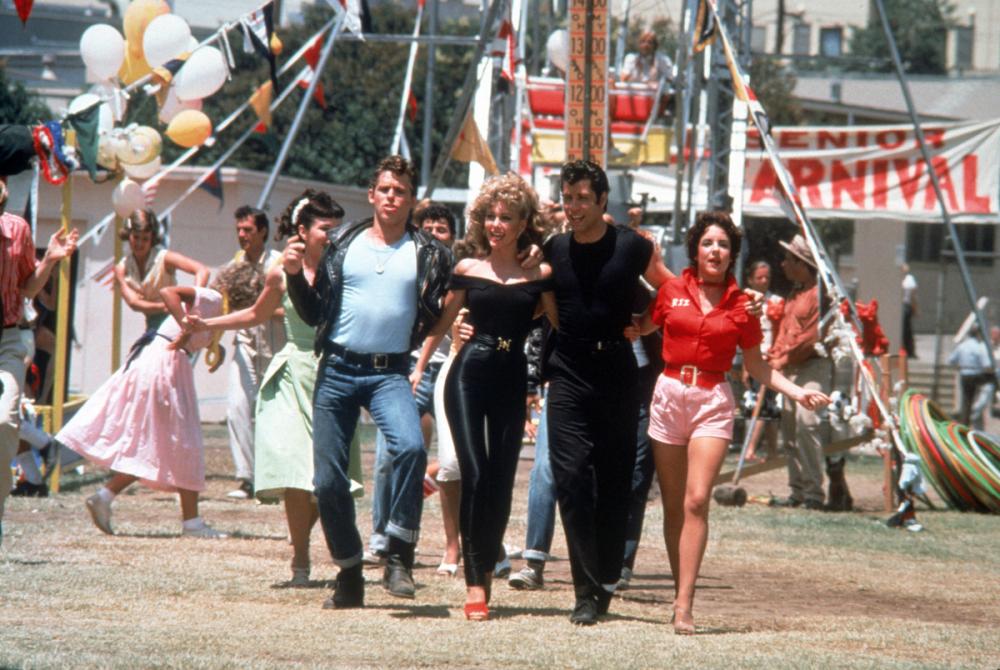 The study, carried out by Showcase Cinemas in advance of the highly anticipated release of West Side Story last week, sees the musical rom-com take over a quarter (26%) of the vote.

Britain chose the swaying hips of Danny Zuko and pitch perfect singing of Sandy Olsen as their favourite movie musical of all time, ahead of Julie Andrews’ smash-hits The Sound of Music (21%) and Mary Poppins (20%) which rounded off the top three. Disney’s The Lion King just missed out on a spot at the top table with 19% of the votes.

Grease, the classic teenage rom-com, dominated elsewhere too, as the nationwide vote saw the T-Birds and The Pink Ladies claim the nation’s favourite song from a musical - ‘Summer Nights’ (28%). Grease’s ‘You’re The One That I Want’ also tied for best dance scene alongside Dirty Dancing’s ‘(I’ve Had) The Time Of My Life’. The American teenage smash-hit finished off its winning streak by taking the crown for most romantic musical moment with Sandy’s ‘Hopelessly Devoted to You’ (23%) scene.

To this day, musical movie masterpieces continue to grace the big screen receiving rave reviews across the country, and another one to add to the collection is the latest film adaptation of the Tony Award-winning musical West Side Story, which has recently been released.

The classic Bernstein and Sondheim musical hit Broadway back in 1957 and was an immediate success. The plot follows the conflict between New York City street gangs the Jets and the Sharks, drawing inspiration from William Shakespeare’s Romeo and Juliet. The latest adaptation sees Hollywood legend Steven Spielberg take the director’s seat.

Alongside musical movies, biopics have also captured the hearts of the nation by retelling the stories of music icons. Research from Showcase Cinemas reveals that Britain’s most loved biopic of all time is 2018’s Bohemian Rhapsody, starring Rami Malek as Freddie Mercury, taking over a quarter of the national vote (28%).

Mark Barlow, UK General Manager for Showcase Cinemas, said:
“Musicals on the big screen have delivered so many iconic movie moments throughout the years, from dance scenes to soundtracks, it is near impossible to nominate a favourite.

“However, Grease became an instant phenomenon on release and has continued to capture the public’s hearts in the decades that followed, so it’s hard to argue with the nation’s choice here.

“Not only do musicals provide us with fantastic musical moments, but they also tell us stories in a unique way. We can’t wait to see people sit back and enjoy West Side Story when it lands on the big screen at Showcase.”

The Elton John biopic Rocketman (16%) came in second, with the story of legendary country rock and roll star Johnny Cash in Walk the Line (15%) coming third.

Julie Andrews’ performance as Mary Poppins saw her crowned Britain’s favourite character from a musical with a quarter of the vote (25%), with Simba from The Lion King just missing out as the number one choice (20%).

However, when it comes to animated musicals, over a third of participants opted for 1994’s The Lion King.

Mufasa’s death in The Lion King was voted the saddest scene of all time in a musical, taking 27% of the vote. However, Scar failed to win most iconic musical villain, as that honour was bestowed upon Bill Sikes (25%) from Dickens’ novel turned musical, Oliver!, narrowly beating The Child Catcher (24%) from Chitty Chitty Bang Bang.

There was a modest dose of national pride on display north of the border as just under one in five (16%) Scots voted The Proclaimers musical Sunshine on Leith as their favourite of all time.

There was also a huge generational divide when it came to choosing Britain’s favourite musical. The 2013 Disney film, Frozen was named by 18 – 24-year-olds as their favourite big screen musical of all time, taking 21% of the vote. At the other end of the spectrum, the over 65s opted for the Von Trapps in The Sound Of Music, receiving just under a third of the vote.

West Side Story was released on Friday December 10th, with tickets available now at: https://www.showcasecinemas.co.uk/film-info/west-side-story-2021