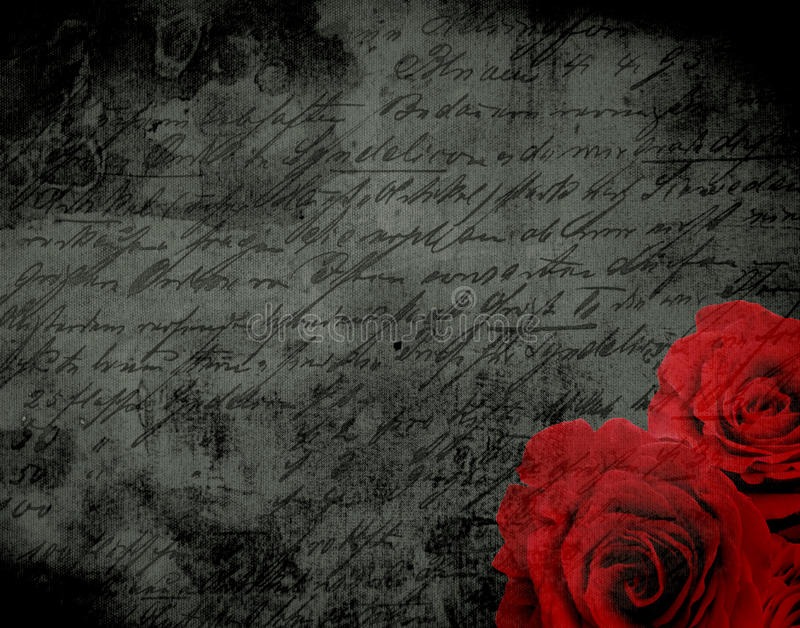 The Gothic novel genre is a curious beasty by definition, adored by its fervent acolytes intent upon savouring its ‘dreadful pleasure’, and fulsomely disparaged by those of a weak constitution, or those seeking their literary sustenance sans the presence of ghouls, ghosts and goblins or inexplicable facinorous forces, either real or imagined. It’s a genre easily identifiable by dint of its quintessential tropes and mysterious, malevolent thematic orbits. Its iconic works are readily recognised, if not celebrated by most readers and the word Gothic itself is more understood by implication or vague association than by informed definition.

It is a genre hiding its derivation and literary provenance in plain sight, yet one which remains sheathed in gossamer-thin assumptions, its precise nature an ineffable concept rather than a set of lucidly recalled particulars. We know what Gothic literature is, its architectonics and aesthetic literary devices seemingly obvious to all, however moving beyond a description of the wraith-like form itself and disinterring the genre’s often unexamined origins, can shed light upon even this shape-shifting literary ghoul!

So dear reader, I invite you to come with me as I lay down my spluttering lantern, casting a furtive look at the gibbous moon molested by ominous ethereal spectres threatening to occlude its comforting light. Ignore the baleful moaning of distant wolves, the wind’s portentous sighs and timorously take up a shovel, its fetid blade gleaming as globules of cold-hearted rain drip down its knurled shaft to the grave we will excavate. For here, beneath centuries of befouled soil, lie the origins of the Gothic novel genre itself!

Goth, of course, relates to the extinct language spoken by the Goths themselves during the fourth to the sixth centuries AD, an East German branch of Indo-European language. The term also refers to an architectural style prevalent in Western Europe during the twelfth and sixteenth centuries. As an adjective, we draw upon its association with a medieval epoch, barbarous, unenlightened and primitive and connoting mystery, despair and perhaps even the uncanny whiff of beguiling horror.

The word Gothic has a phantasmagorical, miasmic association with the colour black, itself a totemistic symbol for death and the macabre, darkness and the benighted mysteries of the universe. Little wonder that as a literary style it is characterised by gloom, the grotesque, incomprehensible supernatural forces and mendacious mystery. Strange adventures, the bizarre narratives pull the reader into the shadowy hinterland beneath reality’s comforting meniscus. 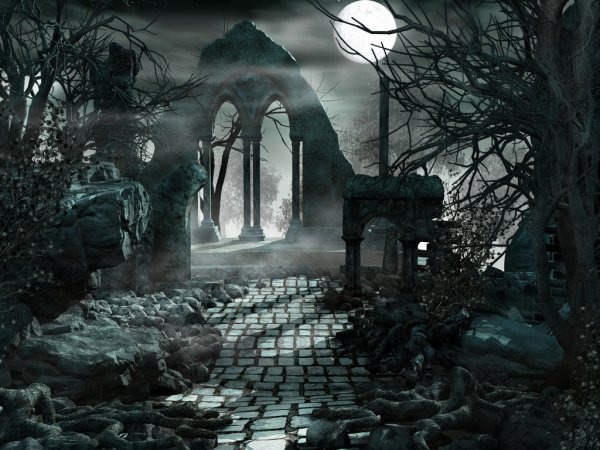 It’s fair to say that the Gothic novel was the most popular form of literature in the late eighteenth century, more widely encountered and enjoyed than even Romantic poetry. The British Critic of August 1795 defined such ‘sofa companions’ as novels addressed to ‘the passions of wonder and terror’, complaining that its reviewers could not keep up with the constant flow of new works being published in this form. Indeed, the genre, as yet undefined gave rise to the first equivalent of the modern day bestseller, The Mysteries of Udolpho (1794), by Ann Radcliffe.

Most of this period’s novelists were women. There output was superciliously dismissed by male critics who denied such works canonical status and held the view that such contrived babblings were unfit for a gentleman’s library! However, as Sir Walter Scott tells us, they ‘flew from hand to hand’ be they those of ladies’ maids or earls. Romanticism given surreal potency, the subversion of rationalism was escapist entertainment, and an opportunity to explore the world beyond the reader’s ken.

The putative founder of the genre is widely accepted as being Horace Walpole with his avant-garde The Castle of Ontranto of 1764. Helpfully, Walpole tells us in his preface, with little hubris, that he has created ‘a new species of Romance’. Further assisting those who might not be quite so sure, he subtitled his book, ‘A Gothic Novel’. However, the tradition can trace its roots to the terrifying scenes in Tobias Smollett’s Adventures of Ferdinand Count Fathom, 1753.

A considered case can also be made for Thomas Leland’s Longsword, Earl of Salisbury of 1762, though our scribe subtitled his work, ‘An Historical Romance’. William Hutchinson’s The Hermitage (1772) is another candidate, however these pretenders to the throne do not combine all of the elements now considered to be the desideratum of the genre.

Walpole tells us in his preface to The Castle of Ontranto, that he sought to unite the ancient Romance novel with the modern novel, to follow the Aristotelian categories of pity and terror and to counterpoint his sublime themes with their juxtaposition alongside lower-class characters. He can be seen as learning from Shakespeare himself and his novel does indeed contain notes reminiscent of Macbeth, Cymbeline and Romeo and Juliet. Walpole told his potentially sceptical reader - ‘Terror is the author’s principle engine and prevents the story from ever languishing’.

Walpole was not widely mimicked or echoed. The genre he had birthed developed slowly. It was not until Clara Reeve determined to ‘improve upon’ Walpole’s groundbreaking work in 1783 with her own novel, that the Gothic form took its next major steps. The Old English Baron (1777) was again helpfully subtitled, ‘A Gothic Story’, conveying its pedigree. 1783 saw the publication of Edwy and Edilda : A Tale written by Thomas Sedgwick Whalley and can be seen as the next milestone of genuine note. 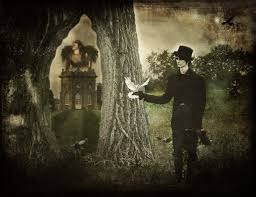 This first wave of popularity peaked by c.1810, quickly falling out of fashion only to be rejuvenated by Maturin’s Melmoth The Wanderer in 1820. By the Victorian era the original emphasis upon ‘dreadful terror’ had been superseded by a definite focus upon abnormal psychological states reflecting the ineluctable influence of Maturin, Poe and Lewis.

Rictor Norton tells us in his exquisite Gothic Readings, The First Wave 1764 -1840 that ‘The Gothic Novel can be divided into two main streams: the Radcliffe school of Terror and Lewis and the “German” school of Horror’. By way of contrast the former sees sensibility employed as opposed to sensationalism, its agents of terror are largely internal rather than external, and creepiness predominates instead of blatant gore and violence. Radcliffe and her literary kin caused their readers to question the sanity of their narrators and the validity of their own imaginings, whereas adherents to Lewis tended to focus upon political agents of oppression.

However, both ‘schools’ share commonalities that confer upon them more similarities than dissimilarities. Both exploit the subconscious as a rich vein of tension, the notion of what is taboo, mental disorientation and pent up desire corrupting all it encounters. Similar literary tropes and technical devices are default stratagems, utilised with extravagant legerdemain, all designed to enrapture the reader and discombobulate them in equal measure, thereby engendering ‘fearful joy ‘ as Rictor reminds us.

As with almost any literary genre, further subdivisions are plentiful. Brevity precludes a comprehensive account of all, however the Historical Gothic novel is worth mentioning. Such works root their stories in ancient or medieval epochs, garbing these in historical detail. Attempts to portray the manners of the feudal age of the fourth century often came a cropper due to scant understandings of such periods by authors sufficient in gusto, but lacking in knowledge!

Radcliffe’s first novel, The Castles of Athlin and Dunbayne (1789) is as conspicuously manufactured as the infamous monster featuring in Shelley’s 1818 novel, Frankenstein; Or, The Modern Prometheus, a work now considered to be the putative originator of the science fiction genre. Whilst we marvel at Shelley’s hideous creation, we laugh at Radcliffe’s clumsy, artificed connivances. This subdivision is further weakened by the jarring disconnect between the dreamlike obscurity of the truly potent Gothic novel, and its historical cousins need for antiquarian accuracy.

Returning to Clara Reeve and her attempts to ‘improve’ upon Walpole’s famous novel, we can credit her with a significant role in the creation of the genre’s defining tropes and literary devices. Her set pieces became default authorial strategies for her contemporaries and their descendants, including those penning modern iterations of the Gothic novel form. Reeve gave us the conventions of secret doors concealed behind threadbare tapestries, haunted apartments reeking of faded opulence and elegant debauchery, dismal moans emanating from dark corners, dank cellars or cobweb-encrusted attics. Ghosts with an imperative to confess murderous acts are her legacy and gift to the genre per se.


Also by Paul Spalding-Mulcock...
Contemporary Art, With An Ancient Past: Interview With Matt Leak – Mosaics Artist'The World Of Reality Has Its Limits; The World Of Imagination Is Boundless' : Interview With Kate LycettInterview With Chris M. L. Burleigh‘Very Few Of US Are What We Seem’: The Supper Club Murders By Victoria DowdCézanne – Muse, Guide And Maestro: Interview With Phil Fraser – Watercolour Artist
Our particular gravedigging escapade does not permit us to explore the iconic works of Poe, Eleanor Sleuth, John Aikin, Mathew Gregory Lewis, or Eliza Parsons. The dramas of James Boaden, James Robinson Planche or Mary Russell Mitford must be left undisturbed. The poetry of Samuel Taylor Coleridge, Nathan Drake and John Stagg must be left in peace. We dare not explore the loose soil covering parodies of the form notably executed by William Beckford, Jane Austen and Charles Dibdin. However, we have gazed upon the very bones of the Gothic genre, or at least their literary equivalent.

The distant rumble of thunder presages imminent woe should we linger and serves as a pressing signal to depart. A single raven has left the mangled, grotesque branches of an ancient oak, its black silhouette starkly pronounced against the midnight sky’s celestial orb. A chill wanders with dextrous finality down my trembling spine…earth replaced a shovel load at a time, my musings, like all things corporeal have come to an end !