Geisha - Love Across The Ultimate Divide

Northern Ballet's world première of Geisha graced the stage at the Leeds Grand last night. And it was remarkable. 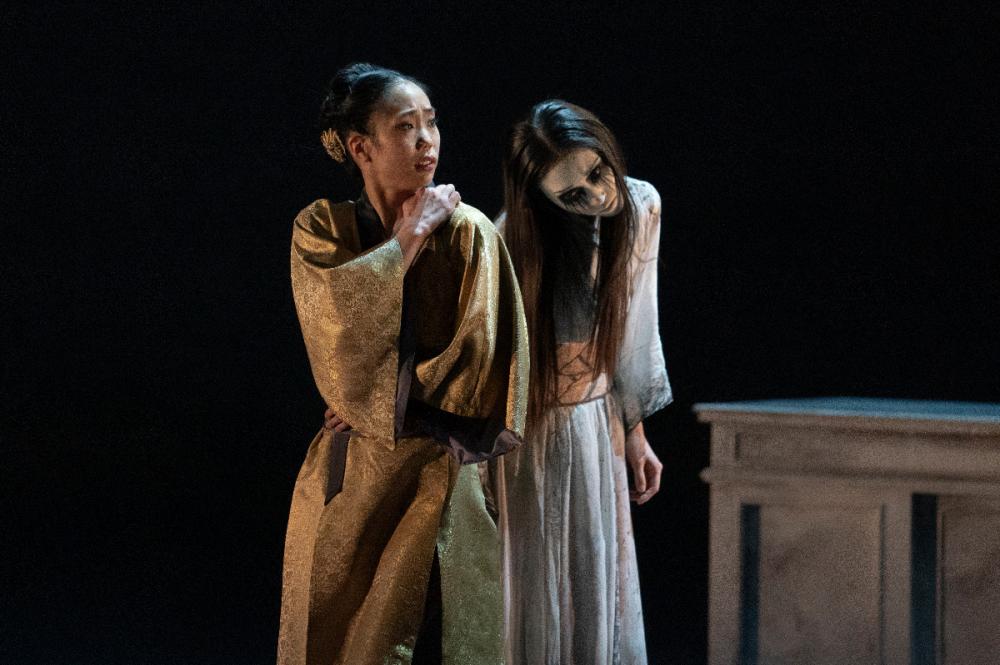 Sarah Chun as Aiko and Minju Kang as Okichi in Geisha. Photos by Emma Kauldhar
An audience buzzing with stiff upper lip and bravado, talking about little else than how they were going to beat 'the virus', was cowed into silence by the moving story of a child, who became a Geisha, made a life-long friend, died, facilitated the murder of her still-living friend's lover, then - still from beyond the grave - sought to reinstate the friendship. It is a tale of great imagination with a scale that we see from time to time in the animated films of Studio Ghibli and Hayao Miyazaki in particular (Spirited Away and Howl's Moving Castle for example).

The two friends, Okichi and Aiko (Minju Kang and Sarah Chun respectively) are the diminutive powerhouses that drive the plot. The Leeds Grand stage is vast and the leading dancers are so small, yet their presence and the story they are telling, fills the auditorium. Whether as living beings, or later with one of them as a ghost, these two deliver warmth, then loathing, then finally a sisterly relationship. All this is achieved with artistry and clarity and it is very moving. 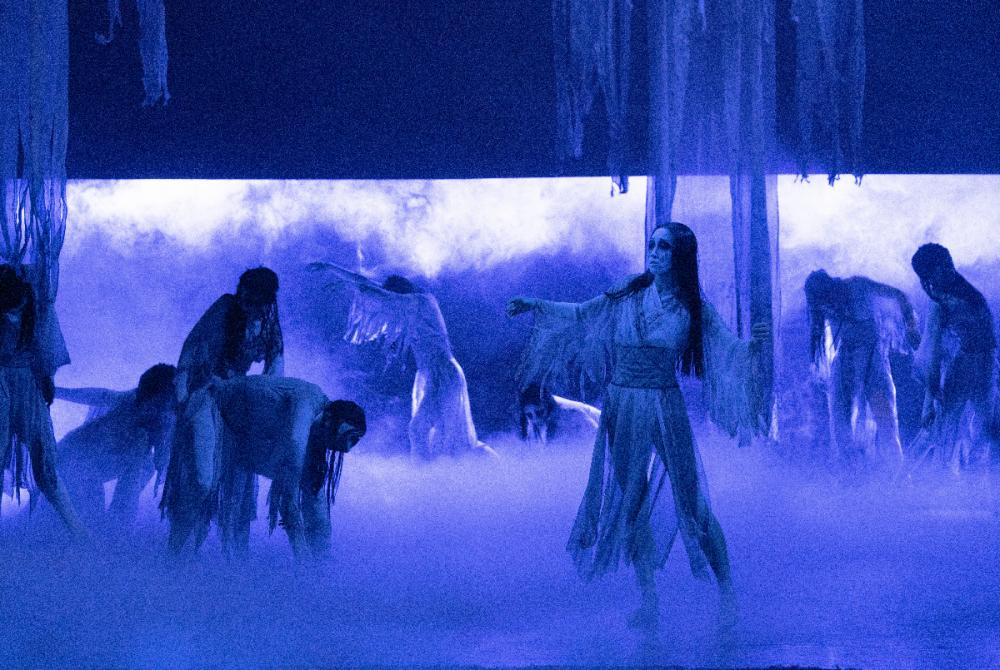 Minju Kang as Okichi with Northern Ballet dancers
By using smoke, strong directional lighting, silky flowing costumes and ghostly white makeup, director and choreographer Kenneth Tindall conjures a world where spirits and humans unite momentarily and, true to Japanese culture, where the ancestors are revered. In a powerful scene Aiko refuses to extinguish the candle lit in Okichi's memory, thus condemning Aiko to exist in a half world between the living and the dead. 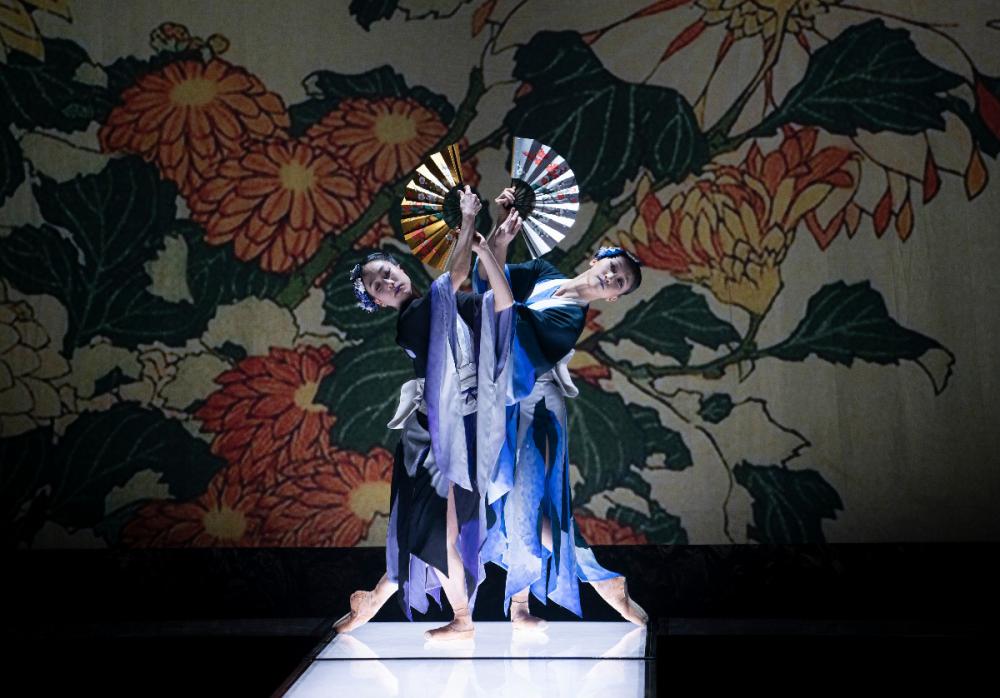 Minju Kang as Okichi and Sarah Chun as Aiko
Under the baton of Jonathan Lo the Northern Sinfonia has a crucial role in this production: the music, specially composed for this work by Alexandra Harwood, is at the very heart of the piece. It underpins every twist and turn of the plot, every subtlety and nuance of movement, every motivation of the characters, and it sets cultural references at every opportunity. Much as the BBC never films a scene in a woodland without deploying the corporation's official sample of a woodpecker, so Alexandra Harwood uses sounds like a Shakuhachi flute, the three stringed lute-like Shamisen, and edge hits and shimmers on percussion instruments to conjure an essence of Japan.


Also by Richard Trinder...
Make America Grate AgainJust Biden My TimeGreen Shoots Of Recovery
And it is a sound track with great variety. I'm sure I heard distant echoes of the classical greats: the folkyness of Dvorak, the lyricism of Puccini. But in amongst those was a hint of the bouncing bassline of Netflix's Stranger Things. Such a wide set of reference points and each used to illuminate the narrative giving this composition a huge positive impact on the beauty and elegance of the whole piece.

With or without the imminent end of the world (a.k.a COVID 19) I will be begging my wife to let me go and see this again. Geisha is a very beautiful piece of work by Northern Ballet and their many contributors and I heartily recommend it.