Gatsby’s Back – And YOU Are Part Of The Show!

It may not be Long Island New York, but London’s Davies Street in Mayfair harbours a secret of which Jazz Age novelist F. Scott Fitzgerald would be immensely proud.

For inside number 56 at W1K 5HR is The Great Gatsby, not only the fictional mansion of one of literature’s most infamous characters, Jay Gatsby, but also home to Immersive LDN and one of the capital’s immensely talented performance companies charged with taking Fitzgerald’s masterpiece from paper to performance.

However, the principal difference here is that as a piece of ‘immersive’ theatre, the audience are, for much of the time, part of the action. 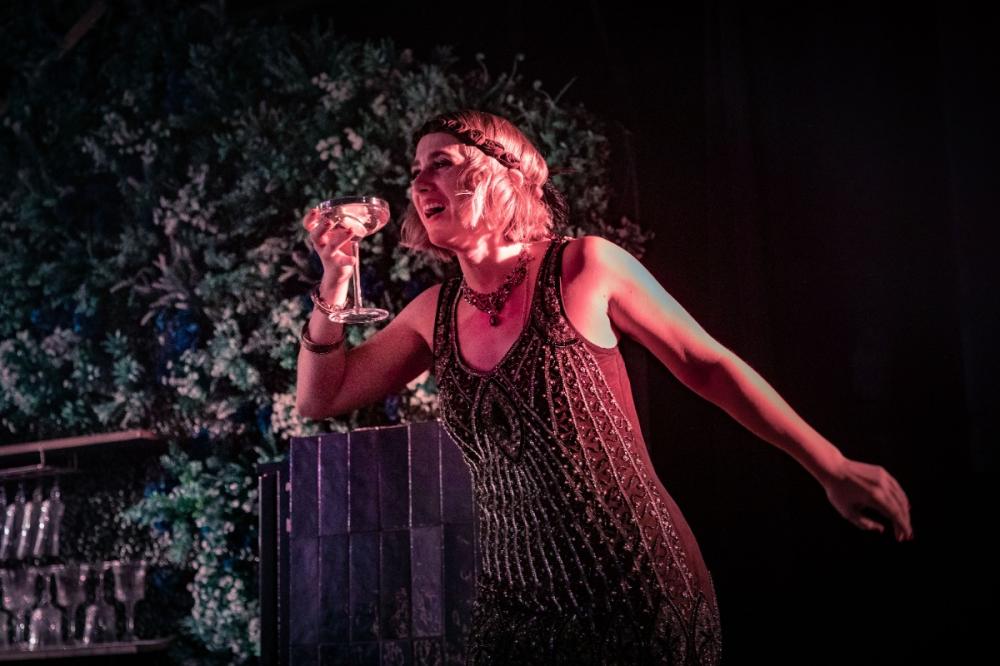 The show not only takes people back to the roaring 20’s and into the heart of Long Island’s wealthy set, but it is as good as a personal invite to one of Jay Gatsby’s infamous parties where the champagne flows and, as the drama unfolds, the man himself appears as the perfect host.

This is one of the hottest ticket in town: a hedonistic world of red hot rhythms, bootleg liquor and pure jazz age self-indulgence where members of the audience – many in fancy dress – join in the Charleston and regularly find themselves ushered into small rooms – away from the main action - as Fitzgerald’s story unfolds.

Olivier Award winning producers Louis Hartshorn and Brian Hook, who are currently co-producing the immersive production of DOCTOR WHO TIME FRACTURE – launched a new company in 2019, IMMERSIVE EVERYWHERE, entirely dedicated to developing and staging theatre-led immersive experiences, and IMMERSIVE | LDN is the newest of their network of venues, which will house cafes, bars and rehearsal and workshop spaces to help the development of new work.

IMMERSIVE | LDN is a 32,000sq ft historic building in the heart of Mayfair, which was home to the Queen Victoria’s Rifles Association until 2017. It includes three floors of immersive theatre and event spaces and has been granted the use of Society of London Theatre & UK Theatre's See It Safely mark.

The mark certifies that the venue is complying with the latest Government and industry COVID-19 guidelines, to ensure the safety of all staff and audiences.