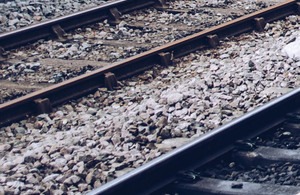 The government has announced that final works on the £8.3 million Bootle branch rail line upgrade have been completed, delivering a doubling of freight train capacity to and from the Port of Liverpool.

Funded by the Department for Transport, the upgrade allows up to 2 freight trains an hour in each direction, meaning more trains will be able to deliver vital goods to and from the port for import and export, meeting predicted demand for rail freight for the coming decades.

Work on the track along the Bootle line has been a long-term project and it reopened to freight traffic in September 2021. The upgrade is now alleviating pressure on the pinch point between the West Coast Main Line and the Port of Liverpool by doubling the previous 400 metre section of single track.

Not only has this enabled an increase in the amount of goods that can be transported, making an important contribution to the national economy, it will do so without adding more lorry journeys, congestion and emissions to our road network. Moving goods by rail results in just one-quarter of the equivalent carbon dioxide emissions compared to road, and rail freight supports the country in meeting our targets for net zero.

The Plan for rail outlined this government’s strong commitment to the future of the railways in Great Britain for the benefit of passengers and rail freight customers. The upgrade of this important line in the North West not only demonstrates this but will also ensure that we continue to build back greener as we invest in more sustainable methods of transporting goods.

Chris Heaton-Harris Rail Minister said: "I am delighted that the upgraded Bootle line has opened, offering more opportunities for reliable, greener rail freight to transport goods to and from the thriving Port of Liverpool.

"Rail freight is one of the most sustainable ways to move goods and it is exciting to see our investments in the North boosting the economy and levelling up the region."

Key goods that pass through the Port of Liverpool and will benefit from this rail freight upgrade include the export of Scottish goods, such as shortbread and whisky, to American markets by DB Cargo.

A new GB Railfreight service between Liverpool and the East Midlands also launched in late 2020, aiming to take 20,000 lorry journeys off the roads and avoid some of the most congested motorways in the country.

This significant investment in the sustainable movement of goods is part of the delivery of the government’s enhancements to rail freight, set out within the Williams-Shapps plan for rail.