Sebastian Vettel has today announced his intention to retire from Formula 1 at the end of the current season.


Sebastian Vettel will be saying auf Wiedersehen to F1 at the end of this year
The German driver revealed the news on his newly created Instagram account this morning, having long chosen previously to have no presence on social media. His latest team, Aston Martin, also distributed a press release at the same time. Vettel is still passionate about driving racing cars, but in recent years has also become something of a public campaigner about the importance of global environmental and social issues.


Vettel’s retirement at the end of this season has been the subject of speculation for some time in the Formula 1 paddock
The 35 year old explained the reasoning behind today’s news, saying “It is very clear to me that, being a father, I want to spend more time with my family. The decision to retire has been a difficult one for me to take and I have spent a lot of time thinking about it.”


Vettel competing for Aston Martin in Monaco earlier this season
Vettel is one of the most likeable and honest drivers in the F1 paddock and, speaking from the heart, he added “Today is not about saying goodbye. Rather it is about saying thank you - to everyone - not least to the fans, without whose passionate support Formula 1 could not exist.”

The Aston Martin driver ranks third in the list of all-time Formula 1 winners behind only Sir Lewis Hamilton and Michael Schumacher. I first came across him as a teenage Formula BMW driver competing in support events for the British GP at Silverstone and he went on to make his F1 debut in 2007 at the United States Grand Prix in a one-off appearance for BMW before being signed later that year by Toro Rosso. In 2008 he became F1’s youngest ever winner and was promoted to the main Red Bull team with effect from the following season. The most prolific period of his entire F1 career occurred between 2010 and 2013 when he became the World Drivers’ Champion in four consecutive years. He subsequently drove for Ferrari from 2015 to the end of the 2020 season before heading to Aston Martin. 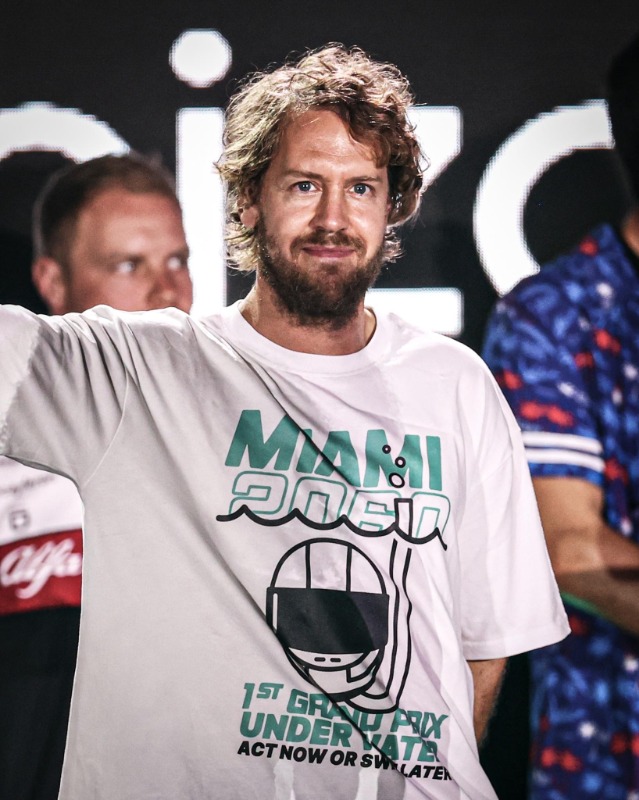 Vettel making an environmental point in Miami back in May
The latter’s executive chairman and team owner Lawrence Stroll today revealed his own thoughts on the subject “I want to thank Sebastian from the bottom of my heart for the great work that he has done for Aston Martin over the past year and a half. We made it clear to him that we wanted him to continue with us next year, but in the end he has done what he feels is right for himself and his family and of course we respect that. He is one of the all-time greats of Formula 1 and he will continue to race for us up to and including the 2022 Abu Dhabi Grand Prix, which will be his 300th Grand Prix entry, and we will give him a fabulous send-off.”


Vettel is one of the most likeable and honest drivers ...
Vettel’s retirement at the end of this season has been the subject of speculation for some time in the Formula 1 paddock and, now it has been confirmed, it very much makes available a seat at Aston Martin for the 2023 season alongside Lance Stroll. Understandably no announcements have as yet been made about Vettel’s replacement, but there is a strong possibility that fellow German Mick Schumacher might be on the move from Haas to the Silverstone based team. Just as Michael Schumacher was very much a mentor and guiding hand for the young Vettel, so too the latter has willingly undertaken the same role with Schumacher’s son Mick who is now in his second year in Formula 1. 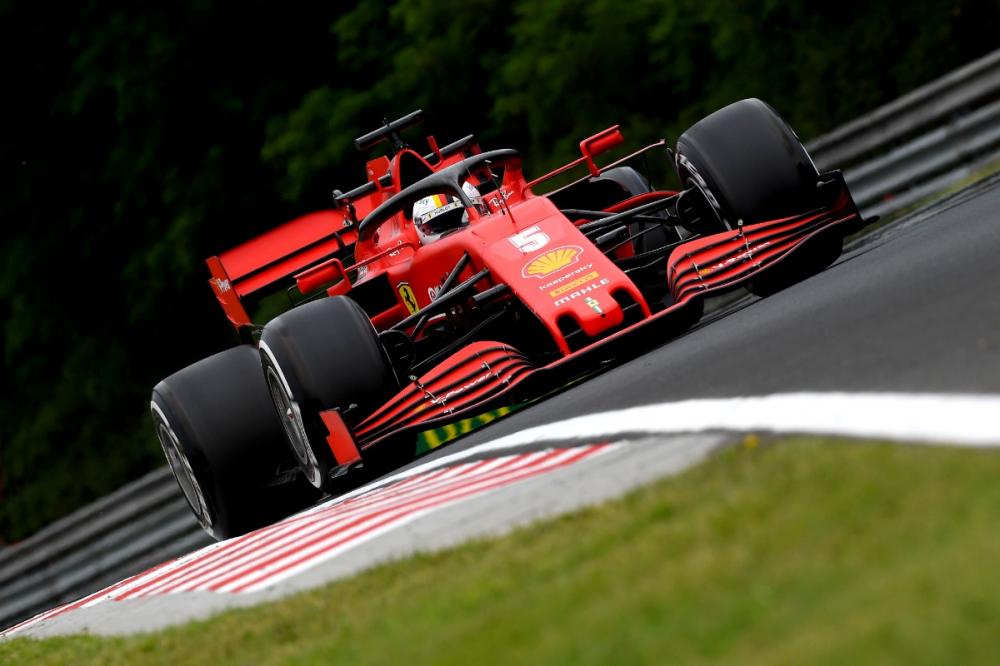 The German multiple champion during his Ferrari spell from 2015-20
I shall personally miss Seb Vettel when he has moved on from Formula 1, but fully respect his decision and will be wishing him, his wife Hanna and their three children all the best for whatever lies ahead for them all post his long F1 career.
Also by Graham Read...
Oscar ﻿Piastri At Centre Of F1 Contracts RowAlonso To Race For Aston Martin From 2023 OnwardsVerstappen Flies ﻿From 10th To Victory In HungaryVerstappen On Top In France Ahead Of Mercedes DuoObituary: R.I.P. Paddy Hopkirk 1933-2022