The fast, frenetic and exciting world of Formula 1 motor racing is set to spring back into life next month as the teams start to reveal their new cars ahead of pre-season testing and then the opening race of the 2022 season in Bahrain on 20 March. We will very much be entering a new era brought about by significantly different technical regulations intended to specifically assist closer racing and allow driver skill to show more, and, pandemic permitting, we are also due to have a record breaking 23 Grands Prix between March and November, including a debut event in Miami in early May. 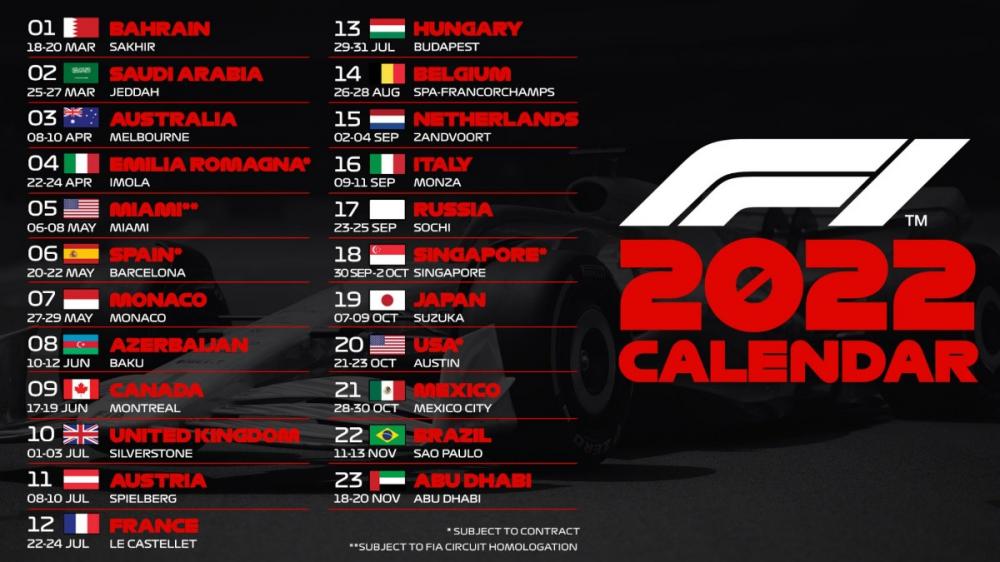 The 2022 Formula 1 calendar
The cars used until the end of last season, when Red Bull’s Max Verstappen clinched a first Drivers’ title at a controversial finale in Abu Dhabi, were suitably quick, but their aerodynamics meant that it was impossible to follow another car closely without losing so much downforce due to the wake of turbulent air created by the car in front. The 2022 regulations developed by the FIA governing body had been intended to be introduced last year, but the worldwide impact of COVID-19 meant they had to be delayed until now.

George Russell has a golden opportunity after replacing Valtteri Bottas at Mercedes
So what will we see that is new and different to 2021? The FIA first unveiled a full-size car demonstrating the new regulations at last July’s British Grand Prix at Silverstone and the bottom line is that it still basically looks like a Formula 1 racing car, if with a few key changes. Without getting too technical, the main aim has been to allow the new cars to generate plenty of grip inducing downforce via what is known as ground effect, generated by the flow of air beneath the shaped underbody of the chassis, and with the negative impact on following cars far less significant. 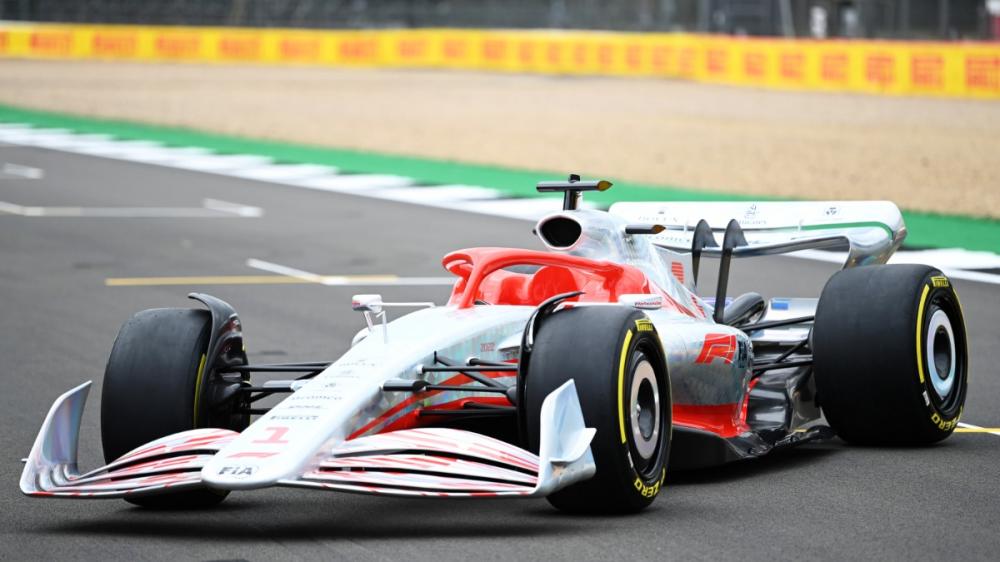 The 2022 car revealed by the FIA at last year’s British Grand Prix
Also, we will see the return of wheel covers for the first time since 2009, not for aesthetic reasons but to eradicate the disrupted airflow caused by teams directing air through the wheels. You will also spot some small winglets above the front wheels to improve airflow and even more apparent will be the change from 13” wheels to 18” ones for the first time, shod with new specification Pirelli low profile tyres designed to reduce wear when tyres slide and overheat, promoting closer racing. The cars’ noses and front and rear wings have also been revised to reduce disruptive airflow. One constant carried forward from last year though is the highly efficient 1.6 litre turbo hybrid power unit, although it will now run on more sustainable E10 biofuel. Safety has also been addressed too, with greater energy absorption required in front and rear impact tests and better side protection.

Let’s hope that the carefully designed new regulations will achieve their objective of enabling closer racing and more overtaking opportunities.
The same 10 teams as last year will continue to line up on the grid and most have retained their 2021 drivers. The new 24 year old world champion Verstappen will again compete for Red Bull alongside the Mexican Sergio Pérez and it is expected that Sir Lewis Hamilton will continue to race for Mercedes, with the likeable and highly talented 24 year old British protégé George Russell drafted in from Williams to replace the dropped Valtteri Bottas. Last summer Hamilton signed a two year contract extension to keep him at the Brackley based German team for the 2022 and 2023 seasons, but there is still a question mark about him continuing his F1 career which began back in 2007 as the 37 year old has remained totally silent about his future plans ever since missing out on an eighth Drivers’ title on that fateful day in Abu Dhabi back in mid December. 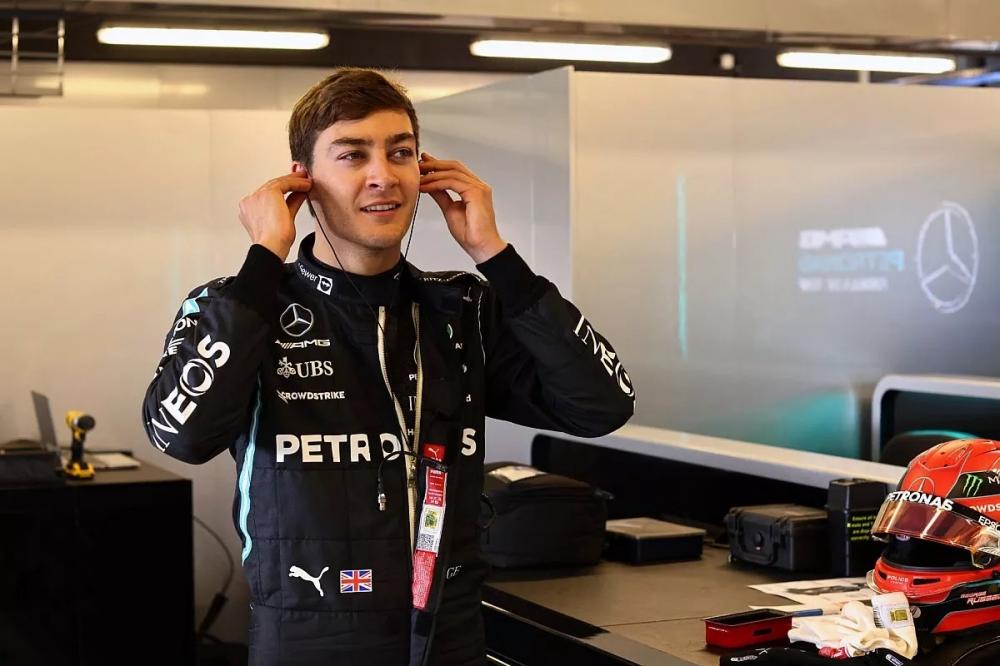 George Russell has a golden opportunity after replacing Valtteri Bottas at Mercedes
Ferrari will retain its pairing of Carlos Sainz and Charles Leclerc and McLaren will do likewise with another exciting young British prospect Lando Norris and the engaging Australian Daniel Ricciardo. The French Alpine outfit has opted for continuity too with the vastly experienced Fernando Alonso and 25 year old Esteban Ocon.

AlphaTauri (Red Bull’s junior team) has also retained Pierre Gasly and Japan’s Yuki Tsunoda and Aston Martin will again be represented by Sebastian Vettel and Lance Stroll. Williams has replaced the Mercedes bound Russell with former Red Bull racer Alex Albon, who will team up with Nicholas Latifi, and Bottas will now lead the Alfa Romeo line-up alongside the first ever Chinese F1 driver, 22 year old Guanyu Zhou. This just leaves Haas, the only outfit not to score a single point last year, who will again be represented by Mick Schumacher and Nikita Mazepin. 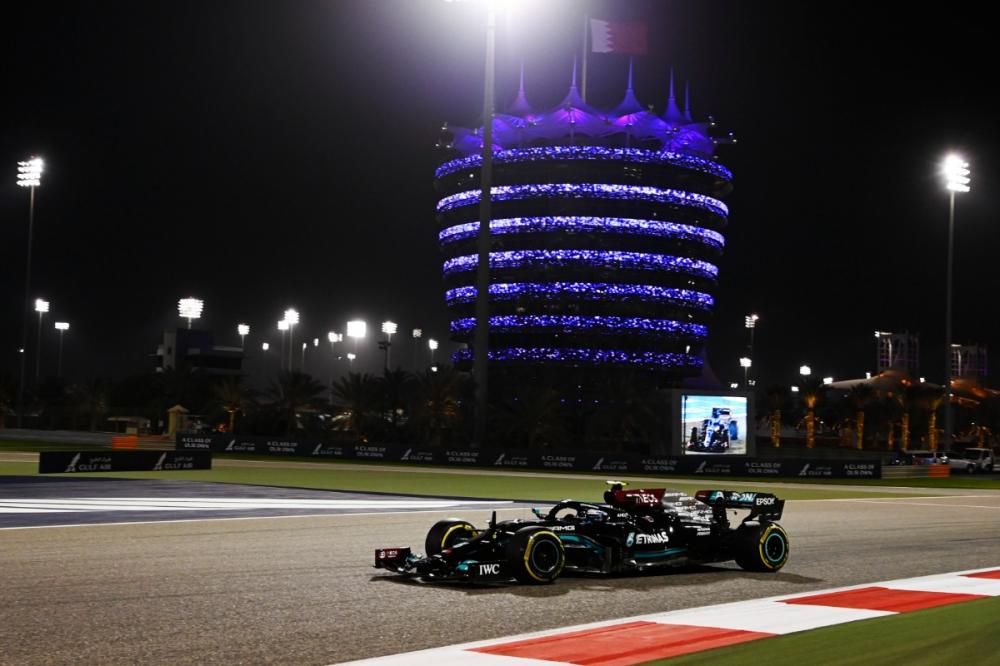 The opening Grand Prix of the season will again be held in Bahrain
Let’s hope that the carefully designed new regulations will achieve their objective of enabling closer racing and more overtaking opportunities. However, the authorities have intentionally left some design areas open to individual interpretation by the teams, encouraging scope for potential ingenuity. 2021 was by far the most exciting season for many years and may this new campaign simply be even better.
Also by Graham Read...
Verstappen Wins In Spain After Leclerc RetirementDoncaster’s Ewen Sergison Races And Marries In MonacoMax Verstappen Wins Miami’s Inaugural Grand PrixObituary: R.I.P. Tony Brooks 1932-2022﻿Double Top For Verstappen At Imola