The Beautiful South founder member Dave Hemingway has announced that his new band Sunbirds will release their debut album ‘Cool To Be Kind’ on 27 November 2020 on the independent label Nectar Records.

Having retired from the live scene at the back end of 2016, Dave has been keeping busy with guitarist, songwriter and collaborator Phil Barton, with Cool To Be Kind signalling the arrival of the new band, new songs and a new sound. 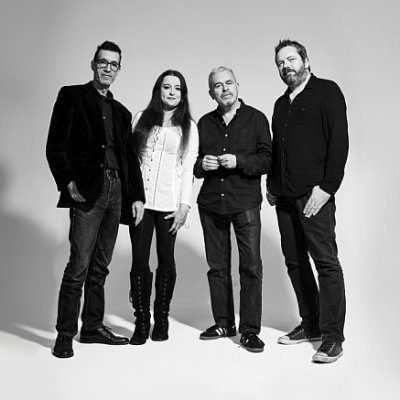 The music Sunbirds make takes on board all of the bands and artists Dave and Phil have loved over the years. It chiefly blends the musical instruments of rural America with an occasional twist of grungy guitars and sets them against lyrics that remain very much at home in the towns and cities of England.

“Although a lot of the songs have a Country feel.” says Dave. “They’re still about life in England. You’re going to feel a bit daft singing about pick-up trucks and low down honky-tonks when you live in Yorkshire.”

I asked Dave about the new band, his career in the Beautiful South and what the future holds.

Did you feel it was time to leave The South?
I did to be honest. I felt it was time to put a lid on it. I wanted to sing some new songs whilst I still can, instead of singing the old songs all the time.

What can we expect from your new band Sunbirds?
If you listen to the lyric of any of the Beautiful South songs they tell a story and you will find that in the songs we have written for the new band. Phil, who was the guitarist in The South came across to Sunbirds and we think we have written some great songs.

Do you still live in the north?
Yes, I still do. I live in Hull, for me it has always been a great city. It got a bit of a spruce up when it was the UK City of Culture, but for me the city still has a great vibe despite what is happening with the pandemic to the city. I was saddened to see that P&0 ferries have had to finish the Hull to Zeebrugge service, that will be a big loss to the city though they still have the Hull to Rotterdam service.

In Sunbirds you have a new female vocalist Laura Wilcockson - how did you discover her?
She actually plays violin as well as sings. She was in another band that supported The South who toured the country with us. She was a bit shy at first when we met her, we knew she played the violin but didn’t know how well she could sing.

Did the lockdown affect you much?
We were lucky as we managed to finish the album before lockdown, but the downside has been that gigs cannot happen. We wanted to get out on the road to play the new songs but that has not been possible.


Also by Graham Clark...
YUNGBLUD - Blood, Sweat And Tears In LeedsThe Return Of Adele - Was It Worth The Wait?Jason Donovan Gives Leeds 10 Good ReasonsBad Boy Chiller Crew – Make Bradford Bounce BackNow Disco Classics - Boogie Nights (Now Music)
Do you miss touring?
I have never been fond of it really. I have always found it a bit scary. In The South every Christmas we used to play the Picturedrome in Holmfirth and we used to sell it out for 2 nights. With the new band it will be good to get out there to play the new songs live. With The Beautiful South songs it always takes me back to when we first rehearsed them nearly 30 years ago and I always tried to do them justice every time we played the songs live.

Do you still listen to the charts?
Not so much, though I am listening to music all the time. When the Beautiful South were at the height of their career you have to remember that there was no downloading or streaming, we had a Number 1 single (With A Little Time) when it meant something. If you watch the old Top of the Pops programmes currently showing on BBC4 they are up to 1990 at the moment, though I don’t tend to watch them as everyone looks younger and I also get hypercritical of myself. We are all looking forward though to letting everyone hear the new songs and eventually getting out there to play them live next year.