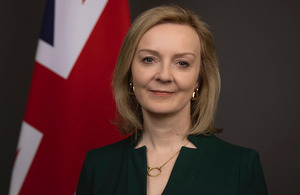 "The UK welcomes the extension of the truce in Yemen.

"This is a significant achievement and further step towards the lasting peace in Yemen.

"This truce must now lead to a permanent ceasefire."

Since the truce came into force on 2 April the number of civilian casualties is at a 7-year low and regional security has been strengthened.

The truce has delivered tangible benefits to Yemeni civilians, such as decreased fuel costs due to the flow of fuel into Hodeidah Port and an agreement to restart flights out of Sana’a, as well as the stopping of cross-border attacks by the Houthis into Saudi Arabia and the United Arab Emirates.

The UK hosted a Quint meeting on 18 July, bringing together representatives from the Sultanate of Oman, Kingdom of Saudi Arabia, United Arab Emirates, and United States. The group affirmed our full support for UN efforts to extend the truce and reiterated our commitment to stand by the people of Yemen.