In the run up to autumn, everyone across the UK is being advised of what items they should or should not forage during the months of August and September. 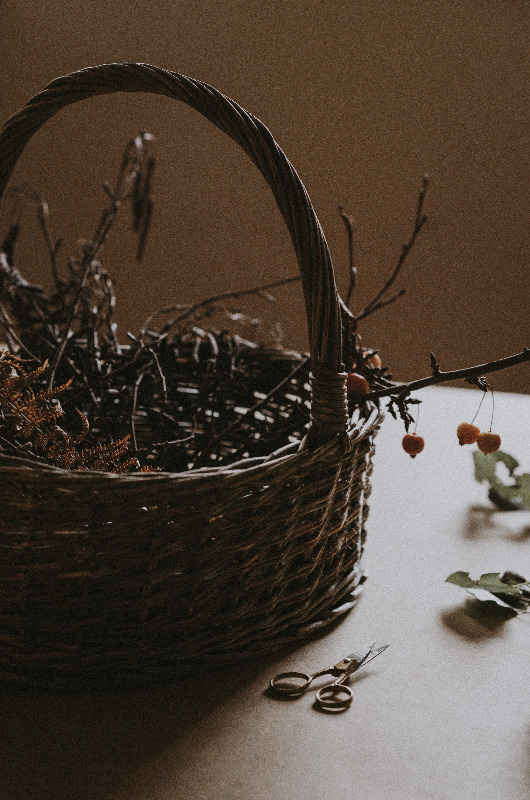 Photo by Annie Spratt on Unsplash
Experts at GardenBuildingsDirect.co.uk are offering advice on what is and is not safe to forage over as we are approaching the autumn months.

Whether new to foraging or not, it is important for all nature lovers to distinguish which plants are safe to consume and which should be left alone in order to avoid some pretty serious health issues.

Though very deceiving in their attractive appearance, berries, nuts and nettles can all cause issues if touched or congested.

A spokesman for GardenBuildingsDirect.co.uk said:
“We encourage all nature lovers to get outside this autumn and see what is available to forage in surrounding woodland or suburban areas.

“We would always advise foragers that they need to be aware of the dangerous surrounding wild foods that can be found easily in the UK so they know what to avoid when out and about.” 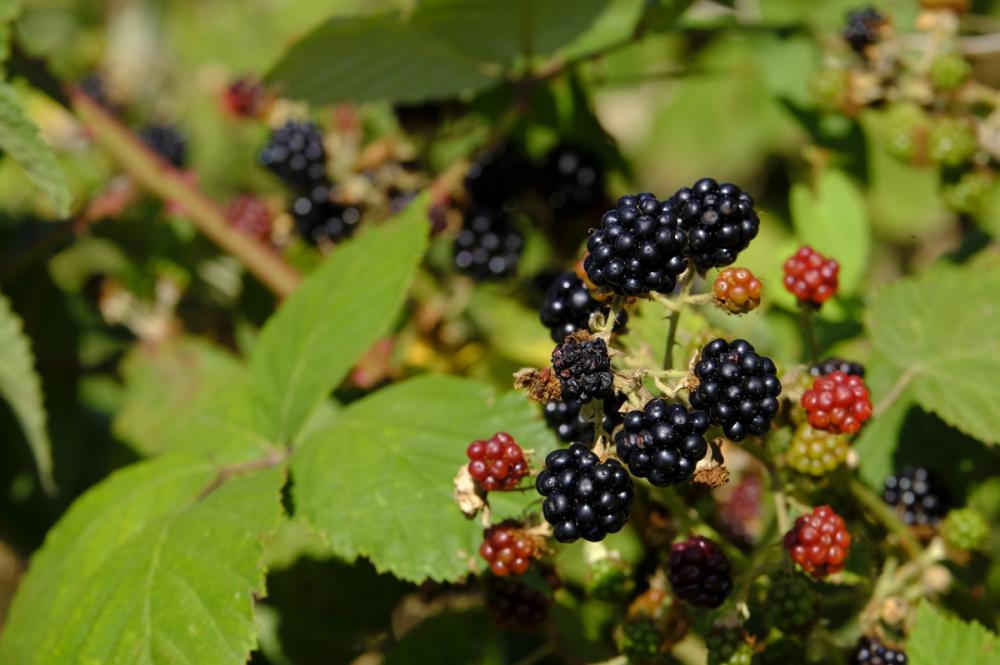 Image by Bruno /Germany from Pixabay
‘Blackberrying’ is a traditional foraging activity that is still widely enjoyed by Brits today. These unmistakable fruits are grown on a prickly shrub which is known to grow in woods, hedges and heathland. Make sure to pick the berries when they are a deep purple, almost black in colour.

Sloes
The blackthorn is best known for its abundance of tart, acidic fruits made to make the autumn essential sloe gin. The blue-black berries are best when picked from late September onwards. 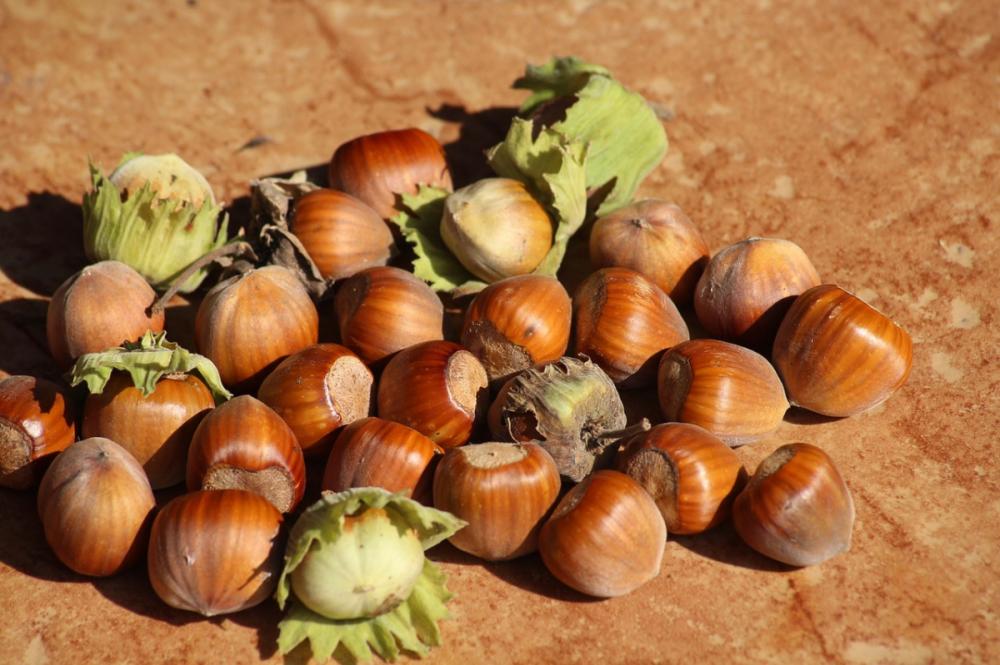 Image by _Alicja_ from Pixabay
Hazelnuts
Hazel bears its crop from late August and is commonly found in woods, hedgerows, and gardens. If still green when found, the shelled nuts are a perfectly safe snack to nibble on whilst out walking or can be saved for later to be used in a recipe. To avoid all of these nuts being taken by squirrels, it is advised to collect hazelnuts in late August to mid-September when they are young and green.

Beech nuts
Each beech tree produces a bumper crop of nuts every 4-5 years. These nuts make a tasty raw nibble, just scrape off the brown skin to reveal the triangular seed. These can be used in a similar way to pine nuts, however, can be slightly toxic if consumed in large amounts so be sure to eat a small amount at a time. 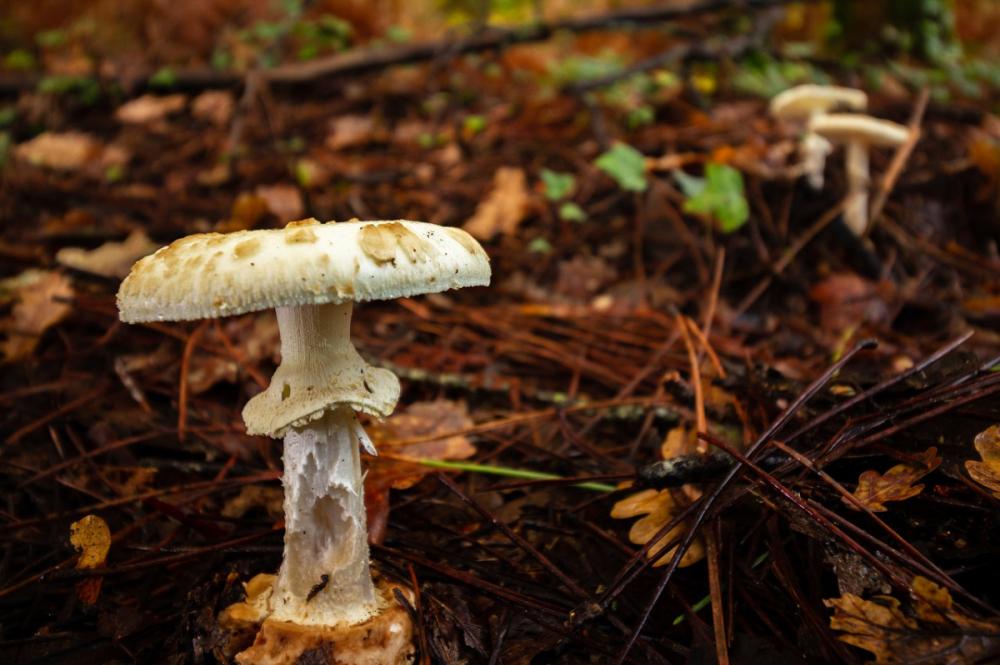 Image by Alejandro Piñero Amerio from Pixabay
Death cap mushrooms
The Amanita phalloides ‘Death Cap mushrooms’ serve as a reminder to all foragers to not eat mushrooms unless you are sure you can identify them and know that they are edible. These poisonous fungi can be found in woodland, often in widely spaced groups and under oak.

Doll’s eyes
Traditionally named White Baneberry, this plant produces poisonous berries from May through to the end of September. Recognisable for their neon pink stems and eye-like appearance, these white berries should be avoided at all costs.

Oleander
Foragers are urged to not mistake the Oleander flower’s apricot scent and pretty appearance for a delicious wildflower. In fact, every part of this plant is extremely toxic and can cause severe health issues if consumed.


Image by JamesDeMers from Pixabay
Poison Ivy
Safe for animals but poisonous to humans, this persistent plant grows year-round and in some pretty unlikely places, including pavement cracks, beach towns and rural areas. In autumn, poison ivy changes in colour to a bright orange, yellow or red, making it far more noticeable than in the spring or summer months.