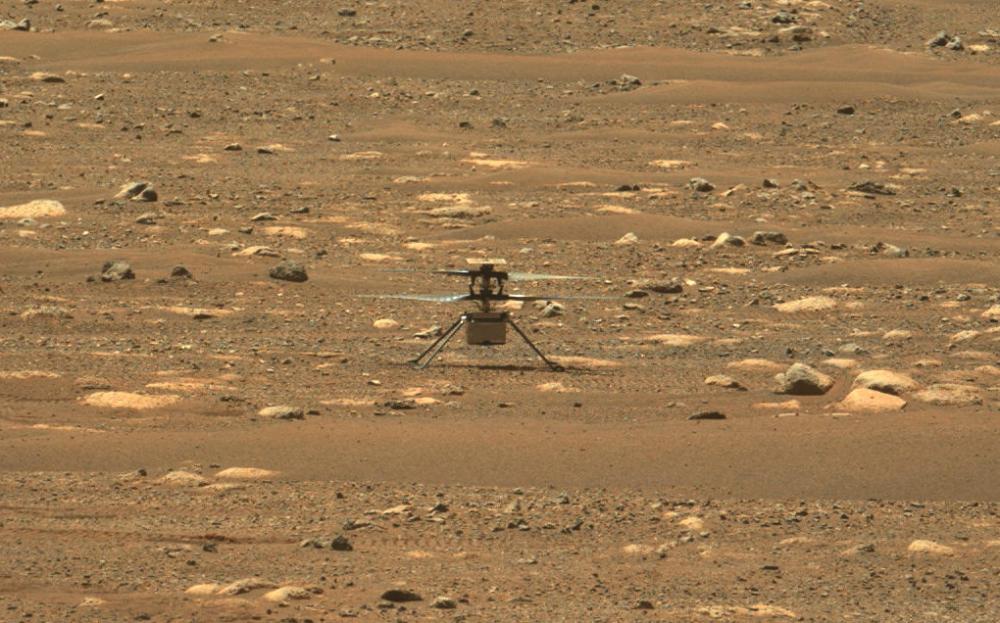 Ingenuity just before takeoff
The first flight of NASA’s Ingenuity Mars Helicopter was captured in this image taken by a pair of zoomable cameras aboard NASA’s Perseverance Mars earlier today.

Ingenuity took off to a height of 3 metres, hovered for 20 seconds, rotated 90 degrees, hovered for a further 20 seconds, then descended safely to the Martian surface. The helicopter exercised a number of positional corrections to make up for the gentle breeze blowing over the flight zone and managed to land almost precisely at the right spot. All of this was managed under autonomous control as it takes far too long to for signals to travel from Mars to Earth and back again, so flying by joystick would be impossible.

This remarkable milestone marks the first powered, controlled flight on another planet. 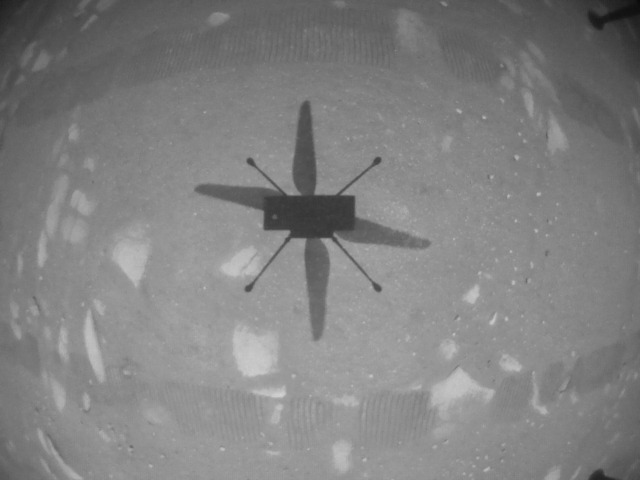 The low-resolution view from the helicopter whilst it was hovering
Flying in a controlled manner on Mars is far more difficult than flying on Earth. The Red Planet has significant gravity (about one-third that of Earth’s), but its atmosphere is just 1% as dense as Earth’s at the surface.

The helicopter is small but mighty, weighing just 1.8kg (4 lbs), it went from being an implausible concept to a fully space-certified companion of the Perseverance rover in just 6 years.

Ingenuity is classified as a technology demonstrator – a project that seeks to test a new capability for the first time. The helicopter itself does not carry science instruments, its objective to demonstrate the feasibility of rotorcraft flight in the extremely thin atmosphere of Mars. This it has achieved spectacularly - and there's plenty more to come.