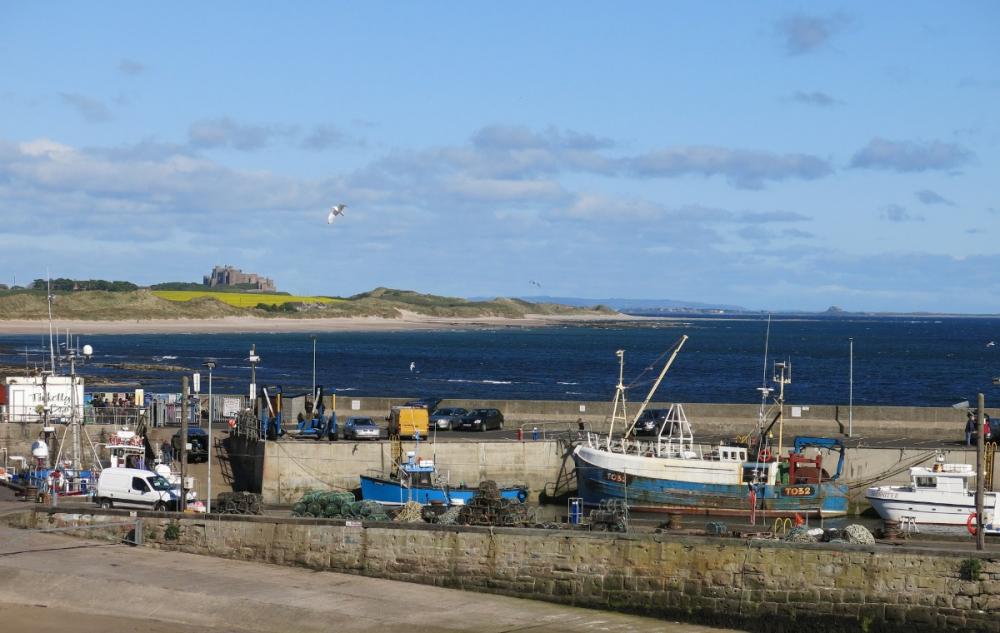 Bamburgh, Northumberland. Image by Naomi Booth from Pixabay
Brits have named their favourite seaside towns in the UK, with Salcombe ranked the number one destination whilst holidaymakers remain wary of overseas travel.

With government data finding that 68% of Brits are not yet comfortable with foreign travel, Brits are keen to get a taste of the seaside without heading abroad. Online searches for staycations increased by 235 per cent in the 12 months to April 2021 and with the school holidays kicking off, Brits have been voting on a number of coastal towns to determine the UK’s favourites.

The survey by McCarthy Stone, saw 2,700 surveyed to find which of the most popular seaside towns came out as the UK’s favourite. Unsurprisingly, the results show that Brits are very appreciative of coastlines from all corners of the nation.

10. Hastings, East Sussex - 3.9%
The south coast’s gems came out on top overall, with Salcombe, Weymouth and St. Ives scoring highly, there were also top ten selection across the country, with Yorkshire’s Whitby and Northumberland’s Bamburgh featuring in the top 10.

Salcombe, with its pastel-hued, picturesque harbour, came out on top, with almost a fifth of the vote (18.5%); it’s not hard to understand why when you witness the nautical beauty of South Devon.

Weymouth in Dorset came second with 16%, boasting several enviable beaches, it was announced as the number one beach in the UK in the TripAdvisor Travellers’ Choice Awards 2017, and has also previously been ranked ninth best beach in Europe.

Third place was given to Whitby in north Yorkshire (12%), which boasts ties with Bram Stoker’s Dracula and the imposing Abbey ruins which look over the highly-voted harbour below.

St Ives on the Cornish coast came fourth with 11.7% of the voting with Bamburgh (10.4%) in the North East of the country completing the top five.

With the school summer holidays starting across the UK, there is a clamour to enjoy some of the UK’s 7,700 miles of coastline, with the British Isles boasting some of the most beautiful beaches and breath-taking sea views there is to offer.