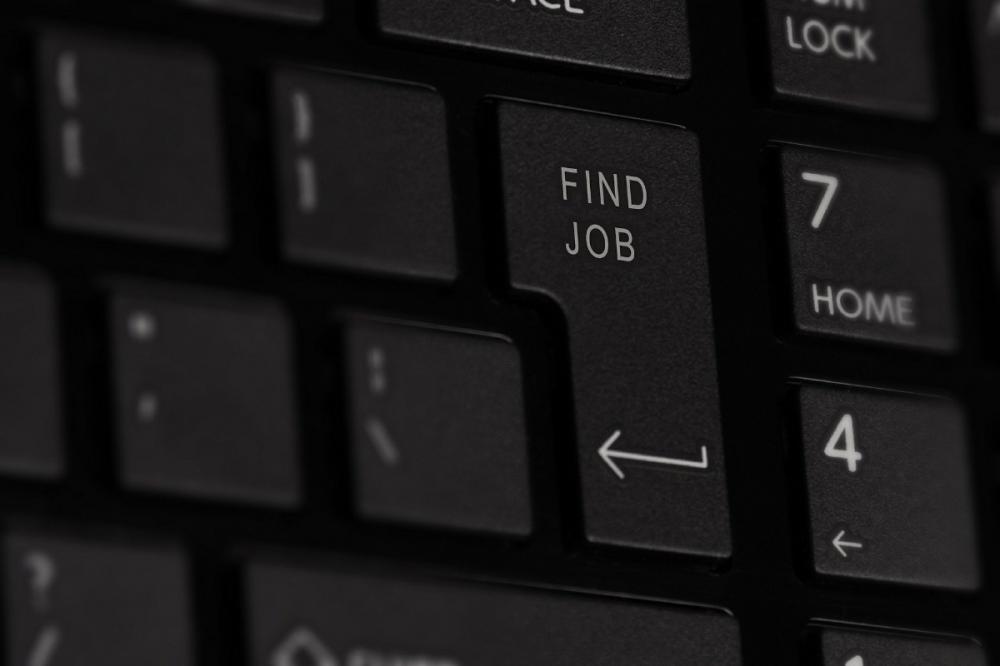 The latest KPMG and REC, UK Report on Jobs: North of England survey pointed to the quickest rise in permanent staff appointments for over four years during April.

Similarly, temp billings increased at the sharpest rate since January 2015 as demand for workers continued to strengthen following the announcement of the UK’s roadmap to relaxing COVID-19 restrictions.

On the pay front, permanent starters’ salaries rose at the quickest pace since before the UK’s initial COVID-19 lockdown in March last year. Meanwhile, the availability of temporary workers fell at the strongest rate for over 20 years, partly due to concerns over job security, but also firmer demand for staff ahead of the summer’s anticipated full reopening of the economy. 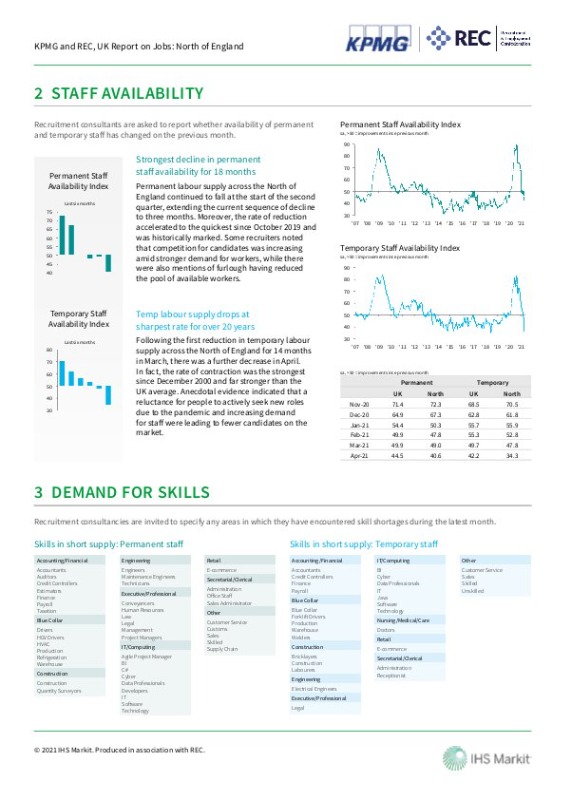 The report, which is compiled by IHS Markit, is based on responses to questionnaires sent to around 100 recruitment and employment consultancies in the North of England.

April data pointed to a third successive monthly increase in permanent staff appointments across the North of England. Moreover, the rate of growth accelerated to the quickest since February 2017. Recruiters often noted stronger demand for workers at their clients as coronavirus-related restrictions eased.

Although sharp overall, the latest increase was the slowest of the four monitored English regions. The number of permanent staff appointments across the UK rose for the second successive month during April. The rate of increase accelerated from March and was the fastest recorded since the opening month of data collection in October 1997.

Euan West
Euan West, office senior partner for KPMG in Leeds, said: “It is great to see another positive month for jobs in the North. Further growth in permanent staff appointments and temp billings suggest we are now on a steady path to recovery as the roadmap to easing restrictions across the country progresses. Not only have we seen a return to pre-pandemic levels of permanent staff appointments but it is at its highest rate in more than four years and temp billings have seen its fastest rise since 2015. It is clear that confidence is returning across Yorkshire as employers in our area look to hire for a more optimistic and busy year ahead.”
As was the case in each of the previous nine months, temp billings across the North of England rose in April. In fact, the latest increase was the quickest since the start of 2015, and also outpaced the UK average. Anecdotal evidence indicated that firms were hiring more staff ahead of the further relaxation of COVID-19 restrictions.

Across the UK as a whole, temp billings increased for the ninth month in a row. The upturn remained strong overall, as the South of England and the Midlands also reported a further steep rise. Meanwhile, recruiters in London signalled a softer, mild increase in comparison to March.

Demand for both permanent and temporary workers across the North of England continued to soar in April, with vacancy growth accelerating in both cases. Permanent positions increased at the strongest rate for just over six-and-a-half years, although April's increase was slower than the national average. Demand for temporary staff rose at the quickest pace since September 2014, with the latest increase surpassing the UK-wide average.

Permanent labour supply across the North of England continued to fall at the start of the second quarter, extending the current sequence of decline to three months. Moreover, the rate of reduction accelerated to the quickest since October 2019 and was historically marked. Some recruiters noted that competition for candidates was increasing amid stronger demand for workers, while there were also mentions of furlough having reduced the pool of available workers.

At the national level, April data highlighted a solid reduction in the supply of permanent candidates across the UK. The respective seasonally adjusted index was below the 50.0 no-change threshold for the third consecutive month in April, with the latest decrease the quickest since January 2020. Regional trends signalled strong divergences, with only London showing an increase in the number of available candidates.

Following the first reduction in temporary labour supply across the North of England for 14 months in March, there was a further decrease in April. In fact, the rate of contraction was the strongest since December 2000 and far stronger than the UK average. Anecdotal evidence indicated that a reluctance for people to actively seek new roles due to the pandemic and increasing demand for staff were leading to fewer candidates on the market. At the national level, the rate of decline was the fastest since February 2019, and marked overall. There were broadly similar decreases in the South of England and Midlands, meanwhile, London signalled a softer rise in the supply of temporary candidates.

Quickest rise in permanent salaries since before UK lockdown

Recruiters in the North of England recorded a further rise in remuneration awarded to permanent workers in April. The result followed the first increase for a year in March. Notably, the rate of pay inflation in the latest survey period was the quickest since February 2020, before the introduction of the UK's initial COVID-19 lockdown in March 2020. Higher salaries were often associated with stronger demand for workers.

Inflationary pay pressures were also evident across the UK labour market as a whole for the second month in a row during April. Salaries awarded to new permanent joiners rose at a quicker pace compared to March, and at the steepest rate for 14 months. All four monitored English regions recorded increases, with London-based recruiters seeing the fastest increase, followed by the Midlands.

Wages paid to temporary workers in the North of England continued to rise in the latest survey period, stretching the current run of growth to five months. Furthermore, the rate of wage inflation quickened for the second month running to the fastest since August 2019. The increase also exceeded that seen at the national level. 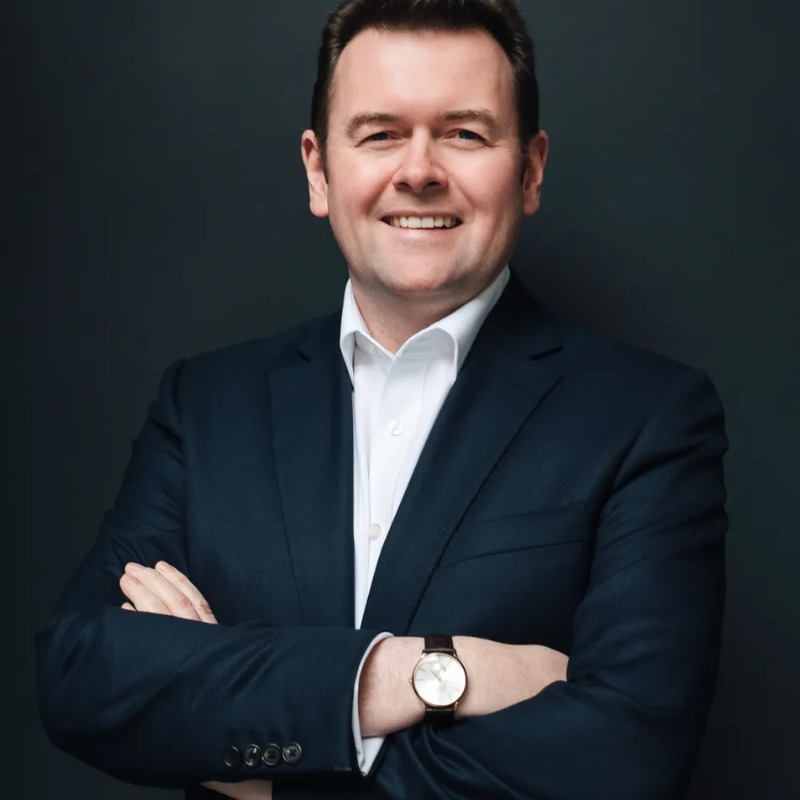 Neil Carberry
Neil Carberry, Chief Executive of the REC, said: “The jobs market is improving at one of the fastest rates we have ever seen, and that’s great news. We are bouncing back from a record low – and many people are still struggling – but the data shows that job creation is firing up again. This month’s numbers for permanent hiring are the best we’ve seen in many years. Temporary hiring has chalked up its tenth straight month of growth, demonstrating again how important temporary agency work is to getting families and businesses back on their feet.

“The message for government and employers alike is that the long-term challenge is less likely to be high unemployment than attracting and training enough staff to keep our economy firing. Companies need to be thinking about their workforce planning and employee offer, which professional recruitment firms are best placed to support them with. Government needs to urgently tackle shortfalls in the skills system, and make sure the new immigration system is more responsive to our economic needs.”