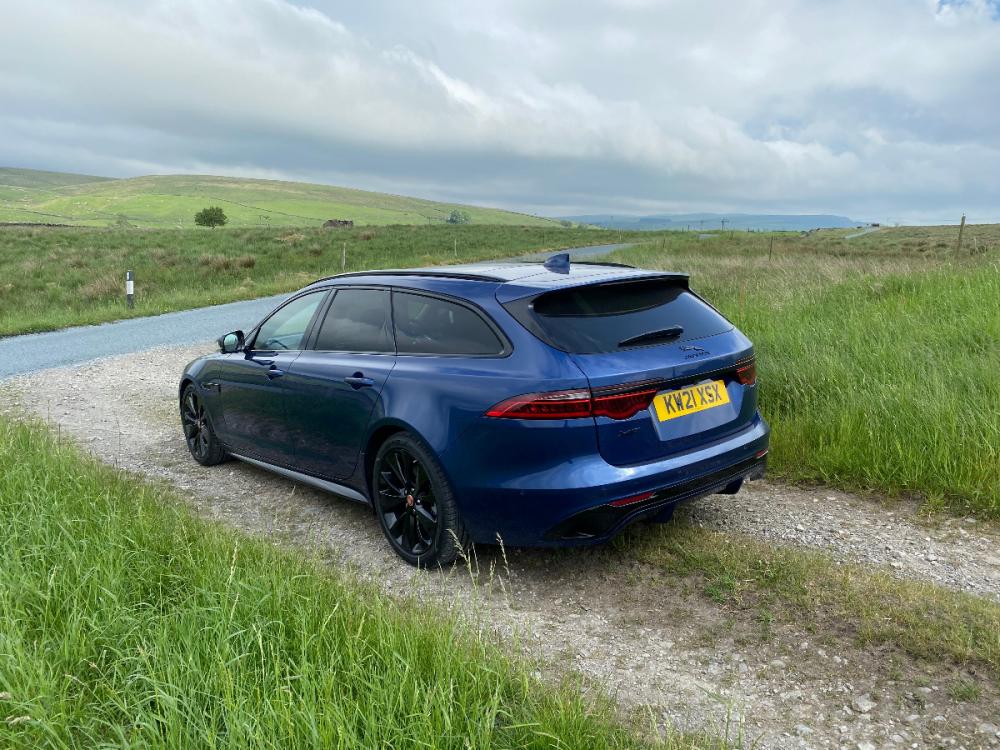 The second generation of the Jaguar XF has been on sale since 2015. In a competitive market, that will never do, so at the end of 2020 a facelifted car went on sale.

The company’s emphasis over the last few years has firmly focussed on SUVs, this burgeoning market being hard to ignore, so there are now E, F and I-PACE models all vying for your attention and hard-earned cash.

As good as they are, for many a good old-fashioned estate car will do the job just as well, if not better. And so dear reader, just to prove a point, I have just spent a week with a rather splendid Sportbrake model. 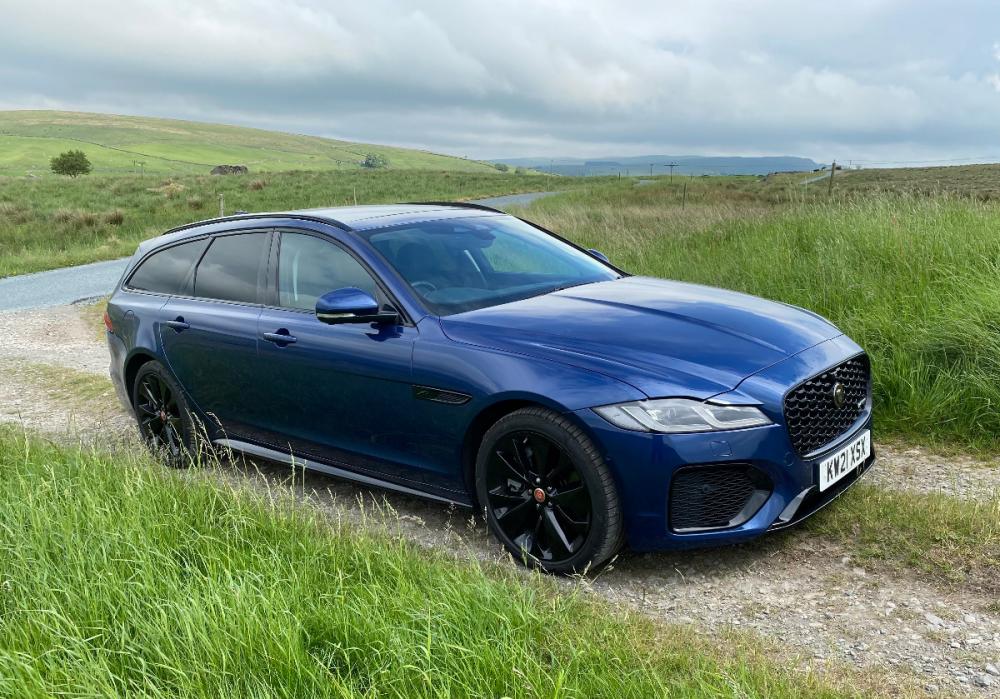 “Grace, space and pace for the 21st century”, say Jaguar about many of its models. Well in my humble opinion the updated Sportbrake looks great. It’s a bit sharper looking than before with more aggressive looking bumpers, a wider front grille and more stylised signature headlights.

There’s even more room inside too, with ample room for four large adults to spread out in comfort. Luggage space is plentiful with the back seats easy to lower if larger loads need to be carried.

Self-levelling rear suspension is designed to keep everything on an even keel regardless of the load carried and for those inclined to tow, a braked trailer of up to 2,000kg can be hitched up safely. 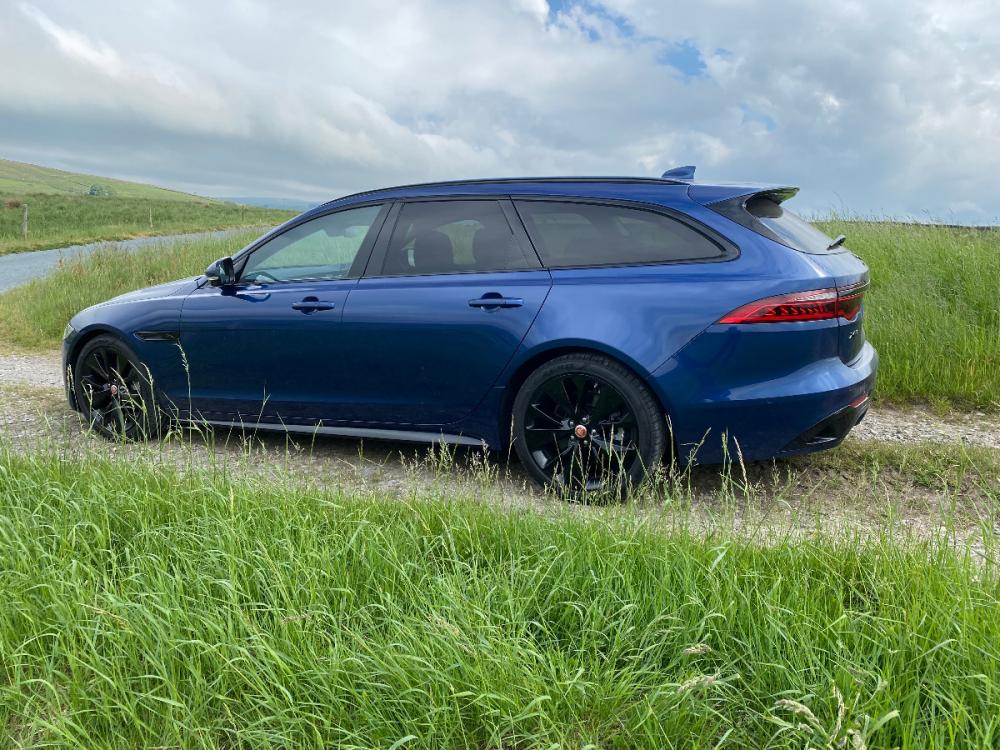 As diesel is becoming increasingly frowned upon, I chose to test a Sportbrake with the latest Jaguar 250PS 2.0-litre petrol engine. It is a powerful motor, capable of hauling the car from 0 to 60mph in 6.7 seconds. However, it is the torque that impresses the most (365Nm), aiding as it does fast, effortless overtaking.

Paired with the engine is Jaguar’s familiar eight-speed automatic gearbox. It shifts quickly and cleanly for the most part, though can dither a tad at low speeds if you come on and off the throttle quickly.

Economy settled at 29mpg for the course of the test period, though I did note that gentle cruising pushed the figure closer to the 40mpg mark. Don’t be expecting diesel-like economy and the WLTP emissions figures of 188-205g/km CO2 are unlikely to excite your accountant. 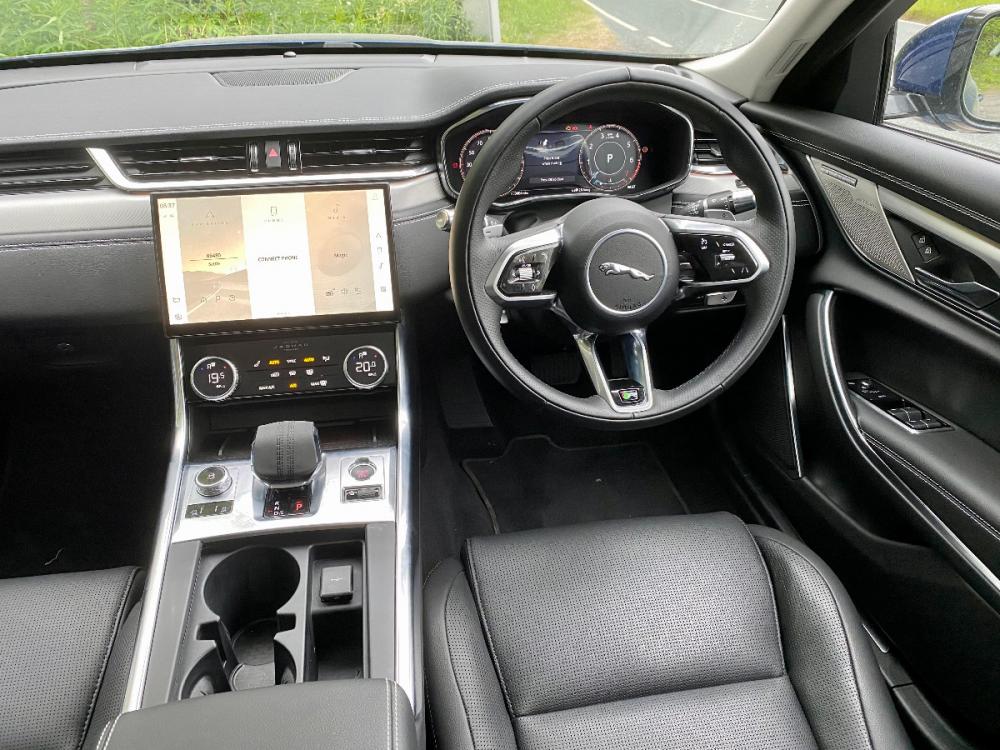 Estate cars these days handle just as well as their saloon counterparts, so it came as no surprise to find the Sportbrake was as adept at dealing with twisting back roads and areas of broken tarmac as well as the saloon I last tested.

The adaptive dampers work well and most of the time I was content to leave the switch in comfort mode. On some of my more challenging back road routes, a quick flick into sport mode sharpened things up just enough to have fun, without ruining the generally cosseting ride.

All XF Sportbrakes are generously equipped, but then at a list price a whisker over £40,000 that is to be expected. Even so, there is scope to personalise the car as witness by the £5,000 of extra goodies adorning the test car. 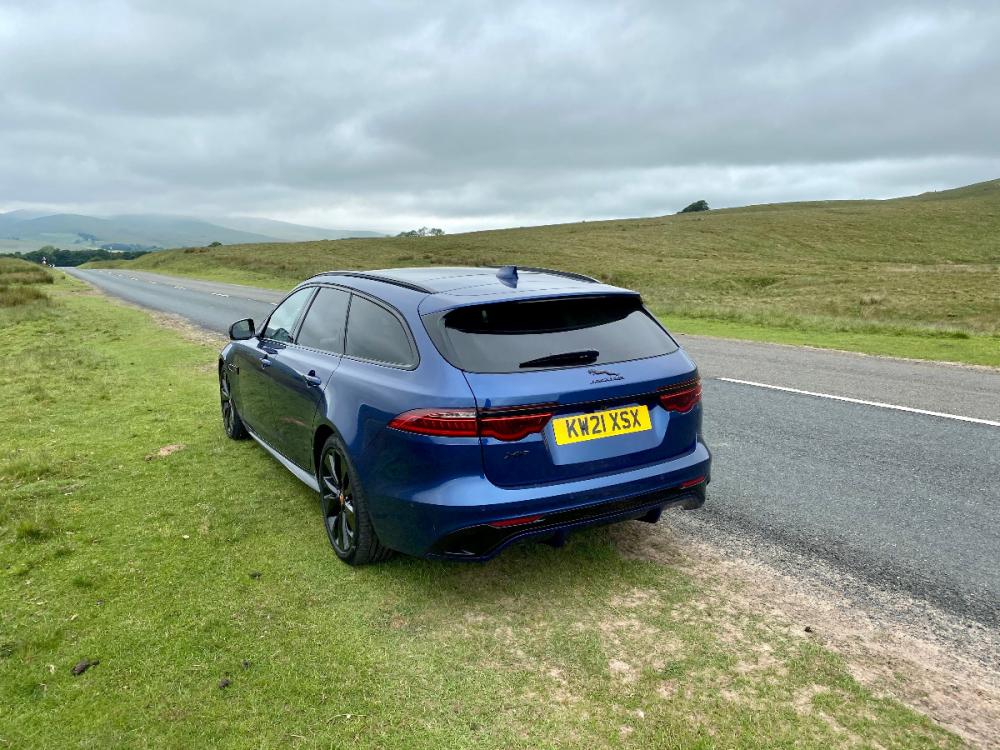 I would definitely pick the Bluefire Blue paint (£700) and the fixed panoramic roof (£1,125) would probably get my vote too.

Will Jaguar sell a lot of XF Sportbrakes? I suspect it is doubtful and that is a shame. I believe that there is still a place for a good estate car. As practical and refined as an SUV, the lower centre of gravity makes for better handling and improved passenger comfort. And besides, the Sportbrake is a great looking car.

So, before you head down the PACE route, take a look at the modern interpretation of the estate car. It may suit you rather well. 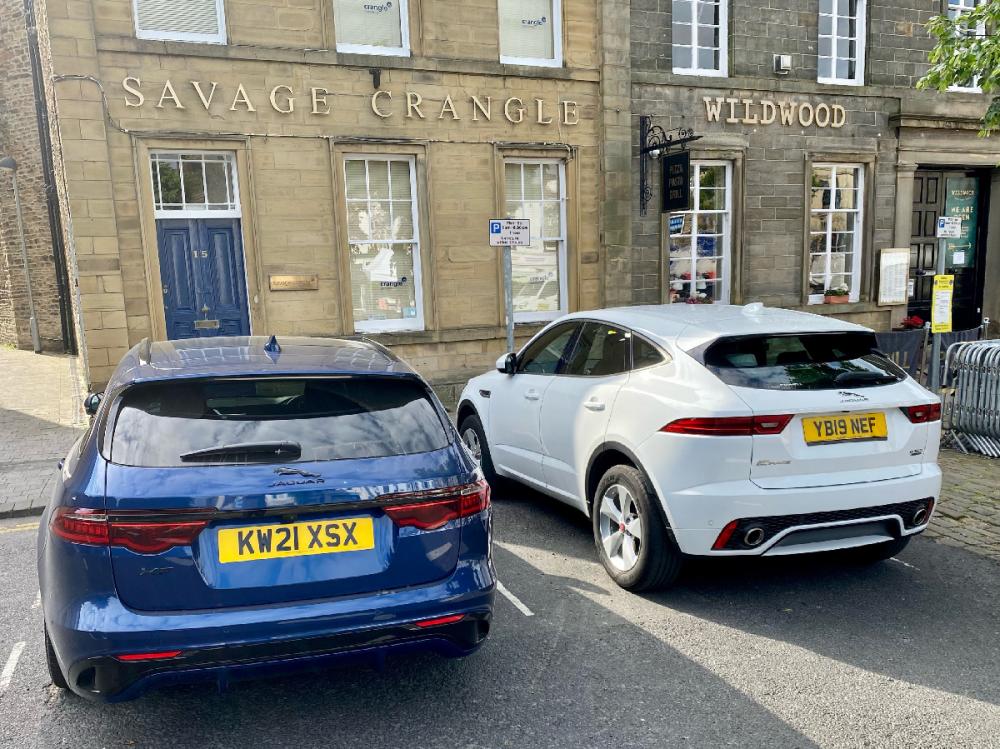