Dirty Dancing Interview As The Show Dances Into Blackpool 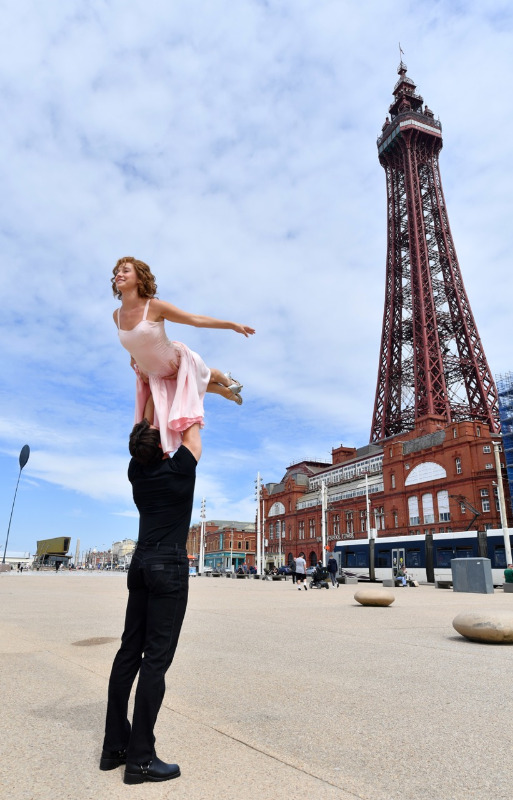 The theatre production of the popular film Dirty Dancing opens in Blackpool in August before setting out on a nationwide tour.

Seen by millions across the world the story of Baby and Johnny unfolds as two fiercely independent young spirits from different worlds come together in what will be the most challenging and triumphant summer of their lives.

The show features over 35 songs including Hungry Eyes and (I’ve Had) The Time Of My Life.

Ahead of the show opening in Blackpool I spoke to Kira Malou (Baby) and Michael O’Reilly (Johnny) about what fans of the musical might expect to see.

How have rehearsals been going for the show?
Michael: We have done 2 weeks of rehearsals in London and they went really well. We have both been in the show previously so it felt like coming home.


Michael O'Reilly (Johnny)
The tour starts off in Blackpool in August, have either of you ever visited the town before?
Kira: I was here with the show before. I think it must have been around 2017 but it will be good to return. Michael has not been before so I said to him that we have to go to the Pleasure Beach. We had a look around but didn’t go on any of the rides - we are saving that for next time.
Michael: I also discovered that what Blackpool has in abundance is Fish and Chip shops and ice cream shops.

Do you have a favourite song to perform in the show?
Kira: Mine has to be Hungry Eyes - I love the song so much, it is a great song and the audience enjoy it too. You hear the cheering and singing and of course the classic (I’ve Had) The Time of my Life.
Michael: I think that last song has to be my favourite too because you have taken the audience on this journey and it is just this huge climatic moment. You can’t compare that feeling when you are there with a full house, the energy is building and building and then this song comes on, it is just magical, it is really special.

Is there any part of the show that is really difficult to learn?
Michael: For me normally the Mambo is pretty tough, that is probably the most technically demanding. I’m wearing a three piece suit, you have the hot lights on you and that particular scene is super fast.
Kira: I think for me it has to be Wipe Out, I have about three scene changes which are super quick, if I miss the change just for a few seconds it has that knock on effect. I have to be really focused so that I do not ruin the rest of the show!

How long are you going to be in the show?
Michael: We both are doing the show right up until December. That’s going to be the same too for the rest of the cast. It’s nice really because you get that family environment, you know the show really well and also know each other really well too.


Kira Malou (Baby)
How many times have you watched the film version of Dirty Dancing?
Kira: Oh my goodness, I have watched it so many times, especially when I was younger - it was my favourite film, so it was on all the time. I rediscovered it when I was around seventeen and actually had a video of it. I didn’t even have a DVD. I didn’t watch it as much when we were doing the show last time around as we were living and breathing it, so to go home and watch the show would have been overload.
Michael: I must admit that I had not even seen the show before I got the role. When I went to the auditions the director said to me that I should watch the film to actually encapsulate that feeling. I remember going home to watch it and at the end of it I knew what the director meant.

Are you looking forward to the production opening in Blackpool?
Michael: The show is incredibly special to us because we have both done it before and we are really very excited about it opening the tour in Blackpool. After the past sixteen months we have had - not being able to act, not being able to interact with people and then to get the show back on stage and get a full house it is going to blow the roof off the Opera House! It is going to be great to give something back and we are going to give it all that we have got.
Kira: I think it will be a good deal of mixed emotions for everyone: so exciting but so emotional too for the people who had the joy of theatre ripped away from them last year.

What would you say to someone who is undecided about seeing the show?
Kira: It is such a feel good show! It will take you away from everything that has been going on these last 16 months. We love it when we can hear the audience enjoying the show and that means that we on stage enjoy it a lot more - we are definitely going to put on a good show for everyone that does come along.
Michael: If there are people that are fans of the film and fans of the characters, what we do just encapsulates that. Because we are working in a theatre it is a different medium so we have got extra scenes and bits of dialogue added so we are just building on those relationships that people already know and love, so come on down to see the production as we present it in a completely different way.