Deja View (Part Two): Conflicting Realities In Heather Child’s Everything About You 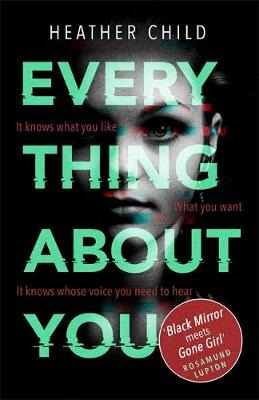 We live in strange times. Our usual routines have been disrupted, our relationships affected, and our life choices set back in the interest of public health. For many of us “lock-down”, “self-isolation” and “social-distancing” have been new and unusual experiences. Some of us, understandably, may even have started to lose our grip on reality as a result – myself included!

In the beginning, almost by way of novelty, my reading choices were largely pandemic-themed; now, as our situation has progressed, I find I’ve been leaning more towards fictions that explore the conflict between truth and illusion.

Heather Child’s Everything About You (2018) depicts a future society not too dissimilar from our own, but with dystopian themes. Further to my previous piece concerning Philip K. Dick’s The Simulacra (1964), published some fifty four years prior to Child’s work, Everything About You also features myriad realities, but on the plane of VR and computer-generated simulation. Whereas in Dick’s world the contrasting realms are ideological, in Child’s we instead see a proliferation of simulated hyperrealities.

This is due, in part, to context. Our world is very different now to how it was in Dick’s day, as is the future he depicts in comparison with that of Child’s. Technology has since moved on in leaps and bounds, with the birth of the internet and social media – not least the multitude of screens we now have to contend with on a daily basis! An increased number of platforms now exist through which alternate and conflicting realities can filter.

Indeed, Child’s world is saturated with electronic images and signs. Every surface is an advertising space, from shop windows to taxicab interiors, even down to the clothes people wear. Jean Baudrillard, in Simulacra and Simulation (1981), noted that this sudden multiplicity of images in our society is to the detriment of meaning. Thus, as our various cyberpunk protagonists don headsets, and are themselves reproduced digitally in VR, so too are they stripped of meaning and identity. In Everything About You, the subjectivity of Child’s characters has been wholly appropriated. People have been reduced to signifiers, or “floating pins on a map”, their every move tracked by recalcitrant advertising companies.

Our protagonist Freya’s primary reason for entering the realm of VR is to seek her missing sister, Ruby. She plugs into a VR game called Yearnfield, believing Ruby to be in some way incarcerated therein, and thus the main thrust of the narrative becomes Freya’s search and rescue mission.

VR, for Freya, is hyperreal.“If anything,” she remarks, “this world is more luminous than real life”. In other words, a heightened version of reality. Consequently, she has difficulty distinguishing between the two realms. As she disconnects from the fantasy domain of Yearnfield and returns to more sombre reality, she struggles to recognise and accept her former surroundings. For Freya the hyperreal is “the real”, superior and paramount: “No more VR, not ever. It had made everything strange – even this corridor is too plain to be real”. This jarring sensation, or inability to separate the real from the simulated, is a common symptom of postmodern hyperrealities depicted in science fiction. The users in David Cronenberg’s visceral shocker eXistenZ (1999), for example, are unsure whether or not they’re still in the titular game, even when they shout “Pause”. In Everything About You, some users struggle to such an extent differentiating the actual from the virtual that they have to consult “Reality Councillor[s]”. Fortunately, in Child’s world, this practice is still permitted, whereas in Dick’s The Simulacra it is actively proscribed.

But, as Baudrillard believed, people now “prefer the exile of the virtual … to the catastrophe of the real”. In eXistenZ, the humble gas station proprietor certainly prefers the fantasy of VR, in which he can transcend and become a god. Similarly, in Everything About You, people espouse VR as a new Modus Vivendi, and are more immersed in their private cyberspaces than the physical company of other human beings. Take Freya’s flatmate and former partner, Julian, who would rather “check her out on Social” than leave his room, knock on her door and discourse with her in the flesh! In our present lives, we also risk becoming insular creatures as simulated spaces abound. Facebook, for example, is a digital reproduction of social interaction, yet fails to be a true reflection of it. If anything, the experience can be somewhat impersonal. Why call or visit a friend in need when you can just respond to their latest post with a sad face emoji? Freya even terms this hands-off approach to her relationships as “friend maintenance”. Indeed, Freya is as guilty as any in preferring the hyperreal to the real. She even wears a pair of “smartspecs”, which enrich and prettify her everyday surroundings as she goes about her day: “Through her glasses, the flyover becomes a canopy, thick with flowers and succulent green leaves”. In other words, she quite literally views her world through rose-tinted spectacles! 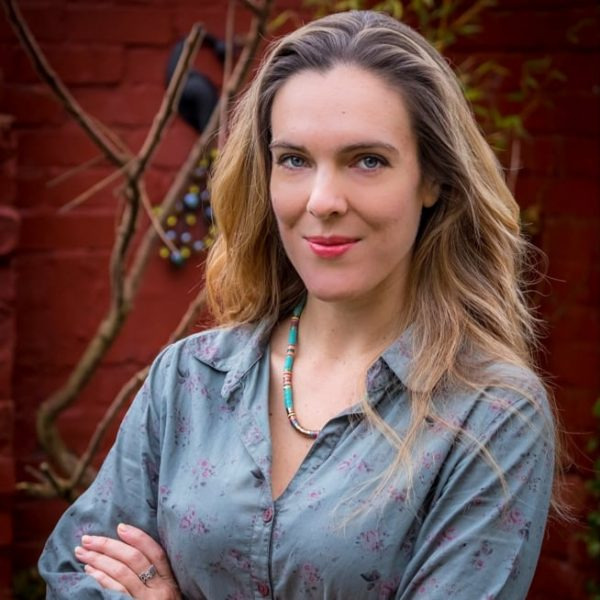 Heather Child
Child is swift, however, to highlight the dangers of preferring the hyperreal to the real. Freya’s friend Chris, for example, sagely refuses to venture into VR, believing it a bad idea to “start tempting [him]self with a more satisfying reality”. This is a lesson many cyberpunk protagonists could do well to learn! The consequence of spending too much time in an artificial yet visually more gratifying safe space is that certain users may choose never to return, preferring instead to remain in the realm of fantasy forever.

Alternatively, users may simply forget to unplug. In Child’s world, when users enter VR, they become “blind to the outside world”, ignorant of time and can even neglect their basic bodily needs. At least in eXistenZ this circumstance is catered for by Cronenberg’s fleshy pod interfaces, which act as quasi-symbiotic parasites and know to power down if their users spend too long in the game. In Everything About You there is no such fail-safe. Whilst her users continue to lose themselves in cyberspace, their physical entities risk suffering malnutrition!

Once immersed to such a degree within VR, there is also the risk of users losing their way and not being able to exit. In Christopher Nolan’s Inception (2010), for example, after we have watched Dominick Cobb and his fellow “extractors” plumb the mise-en-abyme depths of their clients’ dreams, we are left with the film’s lingering shot of Cobb’s spinning top, which poses the question: did he ever make it out? In the case of Everything About You, Freya herself is very nearly trapped in Yearnfield as the villain of the piece lures her into a cyber dungeon with no means of escape.

Child also reveals the vulgar, cynical side of the hyperreal in her world. Freya’s smartspecs do not merely make her uglier surroundings more appealing to the eye, they also airbrush society’s ills. For example, an image of a homeless man sleeping rough is transformed into a flight of butterflies. The headset Julian’s father wears is worse still, serving as a means of social discrimination and erasing people of a lower strata who are of no importance or interest to him.

Child goes on to flag the broader moral grey areas of her VR platforms. Freya’s new “Halo headset”, for instance, is something of a misnomer in that it is effectively a neural leech, harvesting its user’s brainwaves for unscrupulous corporate gain. The ethical point Child makes here is that, yes, advancements in technology are to be applauded, but not to the point where they become neurologically invasive and where our innermost thoughts are no longer private.

In the novel’s closing chapters, Freya rusticates to a tech-free haven by the name of Iona Village. Here she finally eschews VR altogether and, in a scene reminiscent of 2001: A Space Odyssey, uninstalls her nefarious AI device, while its steady red dot, much in the manner of HAL 9000, pleads unsettlingly for its own existence.

I have experienced doses of hyperreality myself in the past. Once, I purchased a postcard of Big Ben during a trip to London. But when I saw the famous clock tower itself, I was underwhelmed. Instead I preferred the colour-filtered, high-resolution version, set beneath a false magenta sunset – a better representation, I felt, than the less-impressive sight of Big Ben itself, which seemed to frown at me from under a grim British sky.

But as Nietzsche once said, “Without a constant counterfeiting of the world…man could not live – that the renunciation of false opinions would be a renunciation of life”. In other words, we actually require contrasting representations in order to determine what genuine reality is. We need the two to act as dynamic opposites, one to qualify the other.

On a side note, during my London trip, I also took a boat trip along the Thames. Mid-journey, I foolishly asked someone the time, before remembering I was standing under possibly the most famous clock in the world!


Everything About You is published by Orbit