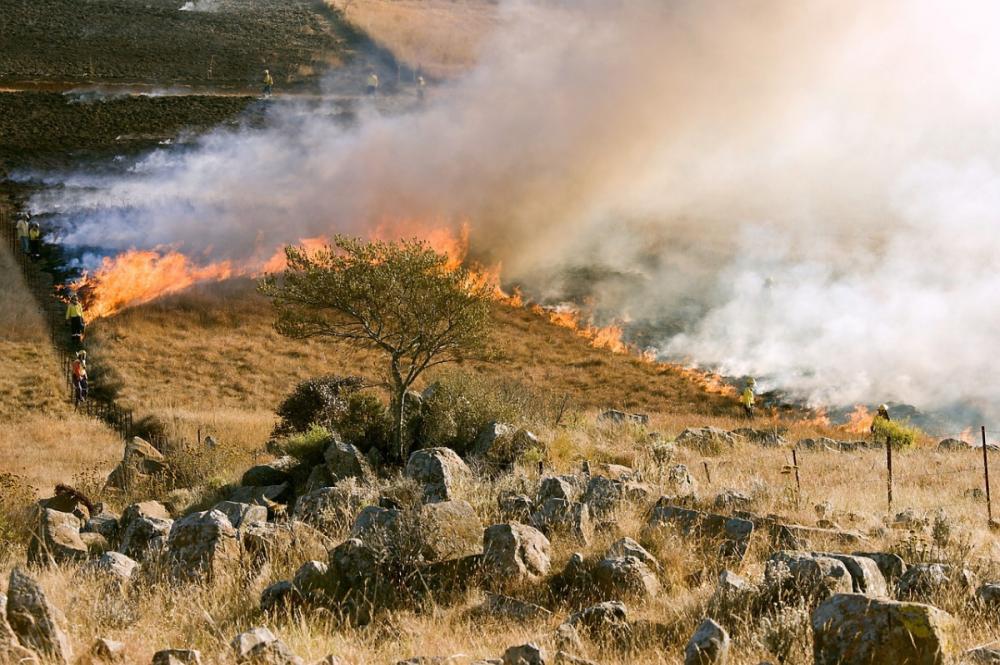 Grass fire
Leading rural insurer NFU Mutual is making a plea to people visiting the countryside to leave barbecues at home and take extreme care to avoid starting a fire.

With soaring temperatures and tinder-dry conditions this week, many parts of the UK countryside are at high risk of blazes from dropped cigarettes, barbecues and campfires, the insurer warns.

Recent moorland, grass and forest fires last month caused devastating damage to wide areas of the British countryside and served as a stark warning about the dangers of wildfires.

Rebecca Davidson, Rural Affairs Specialist at NFU Mutual, said:
“Months of dry, sunny weather and tinder-dry conditions this week mean that large parts of the countryside are at risk of fire – putting the lives of people, farm animals and wildlife at risk as well as damaging valuable crops.

“We’re urging people to act considerately when out and about in the countryside. Please don't take disposable barbecues on walks or start campfires, and don't leave litter and rubbish lying around.”

NFU Mutual claims statistics reveal the cost of farm fires totalled £46.4m in 2018, which was another dry year, and saw a 27.5% annual rise.

Don’t start campfires or use disposable barbecues on grass, moorland or in forests

Keep to footpaths when walking in the countryside

More information about safety in the countryside is available from NFU Mutual’s website: www.nfumutual.co.uk