A Song For The Dark Times By Ian Rankin" />
search
date/time
frontpagebusinessartscarslifestylefamilytravelsportsscitechnaturefictionwhatson
No cookies. No tracking. No advertising.

"Coincidences Are As Rare As Unicorns" : A Song For The Dark Times By Ian Rankin 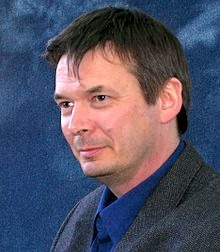 Ian Rankin in 2007
I’m a sucker for a detective programme on television, from the quaint village activities of Midsomer to the academic musings of Morse, the realism of Vera and the wild remoteness of Shetland – and, it has to be said, most things in between.

TV’s Rebus always struck me as one of the grittier series – a dour Scot revealing the murkier side of the beautiful city of Edinburgh. Ian Rankin is a prolific writer, and this is his twenty eighth Rebus novel (the first was published in 1987), yet it is the first I’ve read, and Rebus is retired for goodness sake. I’ve obviously come late to this party.

Set over seven days (though it feels like more), there are two stories in one. First, is the potentially sensitive investigation into the death of a wealthy Saudi student, Salman bin Mahmoud, whose father is a businessman, currently under house arrest. Sal has been found, stabbed to death, on Seafield Road, a less than salubrious part of Edinburgh, and not his usual haunt. Some want to link the murder of a seemingly wealthy playboy, who gets a DB11 for his birthday, to other attacks on foreigners: one on a Chinese girl and another on Sal’s Italian friend, Gio. Major crime thinks it may run deeper. Sal was also friends with a wealthy socialite, Isabella Meiklejohn, whose father owns swathes of land in Sutherland, and here lies the link with the second case, which runs parallel throughout the novel.

Rebus’ daughter, Samantha, lives on the wild north coast of Scotland and rings her father in Edinburgh when her partner Keith, who is the father of her daughter Carrie, goes missing. Despite, their fractured relationship, when daughter calls, Dad comes running, which is how Rebus comes to be involved – not, it has to be said, with the blessing of the local force. This mystery is just the thing he needs to take his mind off his own sad situation. Rebus’ health is in decline. Suffering from COPD, he is no longer able to climb the stairs and has just moved into a ground floor flat with his trusty four-legged friend, Brillo. He has been retired for a while, but within the boxes still waiting to be unpacked, there are plenty of old cold cases, and he plans to work on them. But for now, though, they will have to wait. 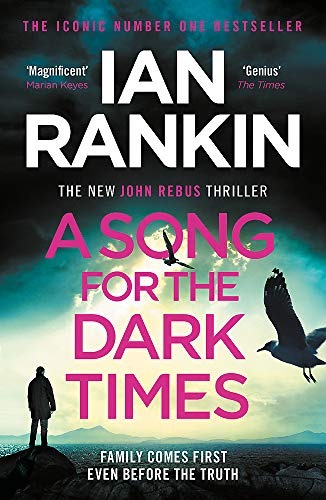 Sammy's relationship with Keith has become strained and the pair had had a row before he left. She had been dallying with the leader of a local commune; Keith had become increasingly obsessed with a local history project to preserve a Second World War internment camp. When Rebus finds Keith's dead body at the old internment camp 1033, his daughter becomes a suspect and Rebus, father and cop, has to clear her name. The only way of doing so is to find the real killer in "the small town with big secrets".

Keith’s laptop and papers have been stolen from the bag he was carrying, and an old wartime pistol is no longer displayed in the village pub. Rebus wants the local police to focus on more than just Samantha. While he is doing what he does best up in Sutherland, his old protégé, Siobhan Clarke (who has grudgingly agreed to dog-sit) is embroiled in the other investigation and the two are in regular contact. Rebus spots connections and begins to wonder if the two cases might actually be linked.

Rankin dwells on some fascinating areas involving World War Two internees and prison camps, and while he reintroduces the likes of Clarke and Fox, he also creates some interesting characters, comfortably contrasting both old and young, wealthy and not so wealthy, including new sparring partners for the likes of Big Ger Cafferty, the local gangster who is growing older and knows he must maintain a grip on "his patch". He also knows he will never be accepted by the likes of ex-politician and property developer, Scouler, a local luminary. Yet the rich and well-connected are not always whiter than white and nobody knows that better than Cafferty.


Also by Artis-Ann ...
Senoy, Sansenoy And Semangelof: When I Close My Eyes By Jemma WaynePerhaps, Perhaps, Perhaps: The Christie Affair By Nina De GramontKeep Digging: The Night She Disappeared by Lisa JewellScarred, Possibly Scared: Prague Spring By Simon MawerSaying One Thing, Thinking Another: The Undiscovered Deaths Of Grace McGill By C. S. Robertson
Rebus is his usual sardonic self, something of a maverick, an old-style cop who is unwilling to let go of any leads. No offence to John Hannah who has given fine performances on the small screen, but Ken Stott will always be John Rebus to me, and that is how I pictured the character as I read the book. Even his Saab seems to be suffering from old age – another significant parallel, perhaps. Rankin uses the relationships between the characters, not least the team of police officers as well as the Sutherland locals, to fill out the narrative and lend credibility to a solid murder mystery.

The denouement is very satisfying, and several doors are left open for another novel, suggesting Rankin is far from finished.


A Song for the Dark Times is published by Orion