The Tredegar Town Band with Ian Porthouse and Martyn Brabbins 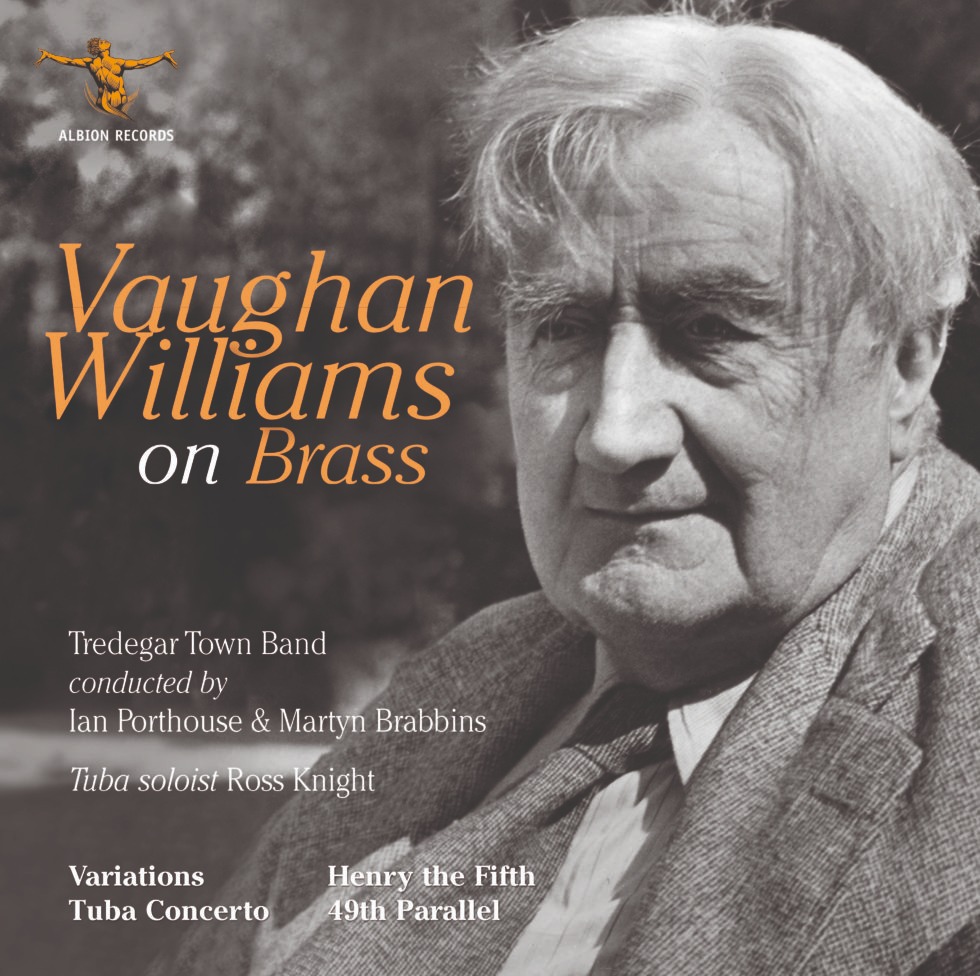 - Henry the Fifth Overture, Prelude on Three Welsh Hymn Tunes and Variations for Brass Band, and many new arrangements of some popular pieces by Paul Hindmarsh (who curated and produced the album) and Phillip Littlemore.

It's released next Friday (5th August) to coincide with Tredegar Town Band’s appearance at the BBC Proms on Monday 8th August, where they join the BBC National Orchestra of Wales to play Gavin Higgins’s newly commissioned Concerto Grosso for Brass Band and Orchestra. The following day, (Aug 9th), the band has a late night prom of their own

If, like RVW, you are a late convert to brass band music, or have preconceptions about the genre, leave them to one side as this CD will lift your spirits. According to Hindmarsh and Littlemore, RVW advised players about to perform his Henry V Overture that the vulgar sentimental vibrato which disfigures most brass band performances should be strictly avoided.

I was also interested to learn that a decade of folk song gathering began on 4 December 1903, when the song Bushes and Briars was sung to him by Charles Potiphar of Ingrave, near Brentwood, Essex. At the end of the 1980s I was organist of St Nicholas Church, Ingrave, and we used to enjoy performing his hymn tune Herongate, which was the name of the neighbouring village; my organ teacher, Dr Edgar Brice, knew RVW and would often recount stories about him.

But back to this CD. The Tredegar Town Band is first rate, the contrasts, the ensemble, perfect. It is not hard to see why they have been crowned British Open Champions twice (2010 & 2013) and, in 2016, the band won both the televised Band Cymru title and becoming Champion Band of Wales for the eleventh time. In 2022 they came fourth at the European Championships in Birmingham. 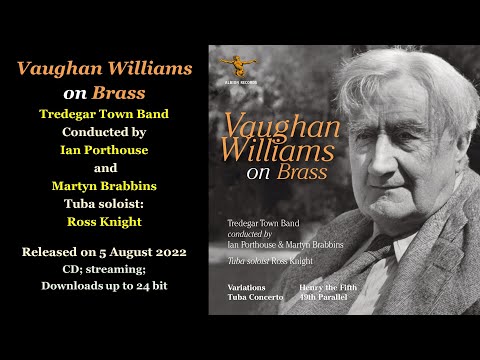 Opening with A Flourish for a Band sets the scene well; it is a wonderful and marvellous start. Throughout, the tone is warm and the acoustic of the Brangwyn Hall, Swansea, suits the music.

There are many highlights, but the arrangement of the Tuba Concerto is a highpoint and, surprisingly, it works superbly well with Ross Knight’s playing adding sparkle.

As an organist, I’ve played Rhosymedre many times, here the band capture the lilting melody and, along with The Truth from Above is beautiful. The textural qualities of each piece convey fervour and add to the overall excitement of the performances. There is a glow to the playing and when the band need to be delicate the light touch is lyrical. When they need to be energetic it hits the spot.

The final Variations for Brass Band ends a wonderful programme. It was written for the 1957 National Brass Band Championships as the test piece. It does not phase the Tredegar Town Band which performs with panache and rhythmic vitality, superbly observing the dynamics bringing out all the qualities of RVW's music.

The ebullient playing is engaging and heartwarming. This is a lovely album showcasing wonderful gems from the pen of RVW.