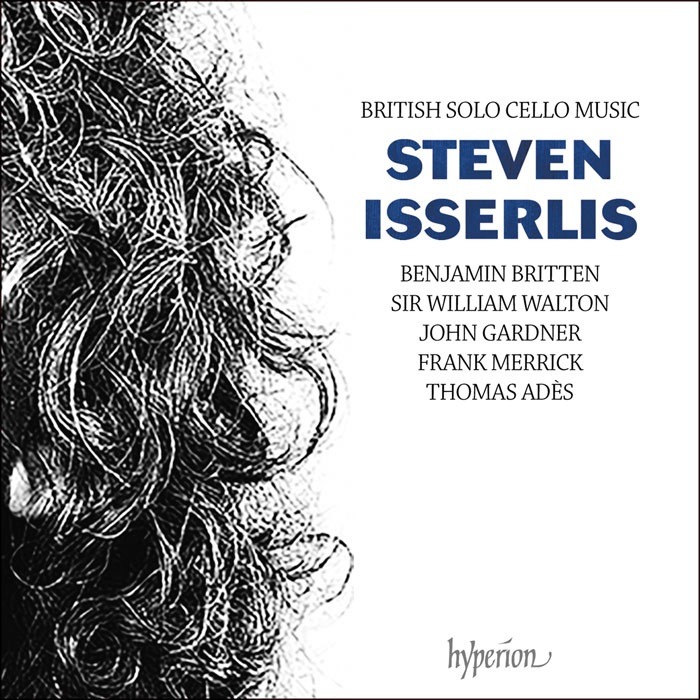 This CD is a result of a lockdown project which gives an interesting insight to some unfamiliar compositions. The anecdotes in the programme booklet are fascinating, especially the absent minded Frank Merrick who found his Suite in a box having had no memory of writing it, despite Isserlis over months of visiting the composer constantly asking if had any pieces he could play.

Isserlis, remembers coming across Merrick’s music as a teenager or even earlier and this delightful work has hints of the Bach Suites; the work is certainly enchanting and full of charm and invention. Isserlis’ bow skips over the strings at times giving his interpretations a strong rhythmical feel.

The main work is Britten’s Cello Suite No 3 and we learn that Isserlis was at the premier in Snape Maltings. It was composed in the ‘reverse variation’ form – i.e., the themes appearing after, not before the variations.

The Suite opens with the lowest note on the cello an open C string played pizzicato. Isserlis captures the dark foreboding atmosphere beautifully and one feels the intensity throughout. It is preceded by the 1 minute 36 second Tema ‘Sacher’ which was composed as a theme for composers to base a set of variations to celebrate Paul Sacher’s seventieth birthday (though it is not clear whether any of them used it).

Walton’s Theme for a prince was written as part of an album of 14 pieces composed in honour of Prince Charles’s twenty-first birthday in 1969. His longer Passacaglia, another piece that Isserlis heard at its premiere, is a worthy addition to this CD, despite, apparently, Walton considering it unsuitable for public performance, being better suited to a private gathering. Luckily Isserlis disagrees and included it.

Throughout this CD, as you would come to expect from a performer like Steven Isserlis, the playing has an intensity, conviction, and energy. All the pieces picked by Isserlis showcase many facets of this fine instrument including another worthy contribution, the delightful precise pizzicato playing of Gardner’s Partita.
Rounding off this journey through twentieth century solo cello music is Thomas Adès evocative Sola, (written in 2000) with its haunting pizzicato cadence that evaporates away leaving the listener mesmerised.

Isserlis writes: ‘this album would almost certainly not have been made had it not been for those weeks of the Covid-19 virus during which we British people were told to fasten our bolts and stay firmly inside’. Well, if there is a positive to being couped up inside for months it is that the idea for this CD was conceived.
Also by Andrew Palmer...
Classical CD Review: The Classical Piano Concerto Georg BendaSaturday Essay: An Interview With Chris Wright Partner And Head Of Inflexion’s Manchester OfficeHandel Amadigi English Touring OperaClassical CD Review: Regnart - Missa Christ ist erstanden & Other WorksWeekend Interview: Discovering Your Unique Blueprint To Food Intolerance