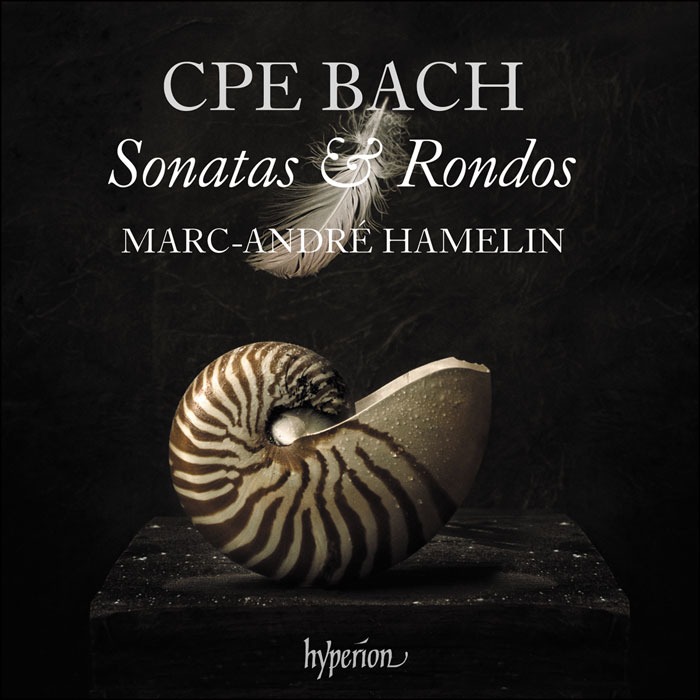 Hyperion kicks of its 2022 releases with this fabulous double CD. It is said that the music of C P E Bach makes complex stylistic demands of the performer like little else of its time, the extraordinary drama and intensity tempered by Enlightenment elegance and the influence of the Baroque, all of which is captured so well by Marc-Andre Hamelin.

CPE Bach was the middle son of Johann Sebastian and Mahan Esfahani writes that his outstanding achievement was his Essay on the True Art of Playing Keyboard Instruments (1753), a compendium of practically all the technical precepts of the music of his time and a detailed guide to the art of the keyboardist as a soloist, accompanist, and improviser. Haydn called it the ‘school of schools,’ and no less than Beethoven himself used the treatise.

The different moods this engrossing repertoire requires is demonstrated to perfection by Hamelin’s technical brilliance. The lightness of touch, the tenderness, sensitivity and elan, creates an aural narrative produced by performer and his instrument. He brings out the character of each of the pieces in an engaging way, drawing the listener into his aural landscape full of colour. Hamelin’s flair for artistic interpretation shines through. Nothing is rushed and the pauses and the delicate way he plays the ornamentations and flourishes add to the ambiance.

The four works concluding the first part of this recital represent the expressive world of the clavichord, Emanuel Bach’s favourite instrument and the one on which he excelled most as a performer. The ‘Farewell to my Clavier built by Silbermann’ is delightfully played and despite its shortness, at 1:22, the G major march (BWVAnh124), is captivating. It’s attributed in the nineteenth century to his father, is one of the younger Bach’s earliest surviving works and endures by having been written into the famous notebook for his stepmother Anna Magdalen.

There is no doubt that Emanuel Bach was a craftsman of the highest order. And so is Marc-Andrew Hamelin, who has immersed himself into the music understanding all the intricacies and technical demands made on both hands.

In the accompanying notes, Esfahani writes: the gift of making the keyboard ‘speak’ was prized by CPE Bach’s contemporaries, not least of all the poet F G Klopstock, who eulogized the middle Bach son.