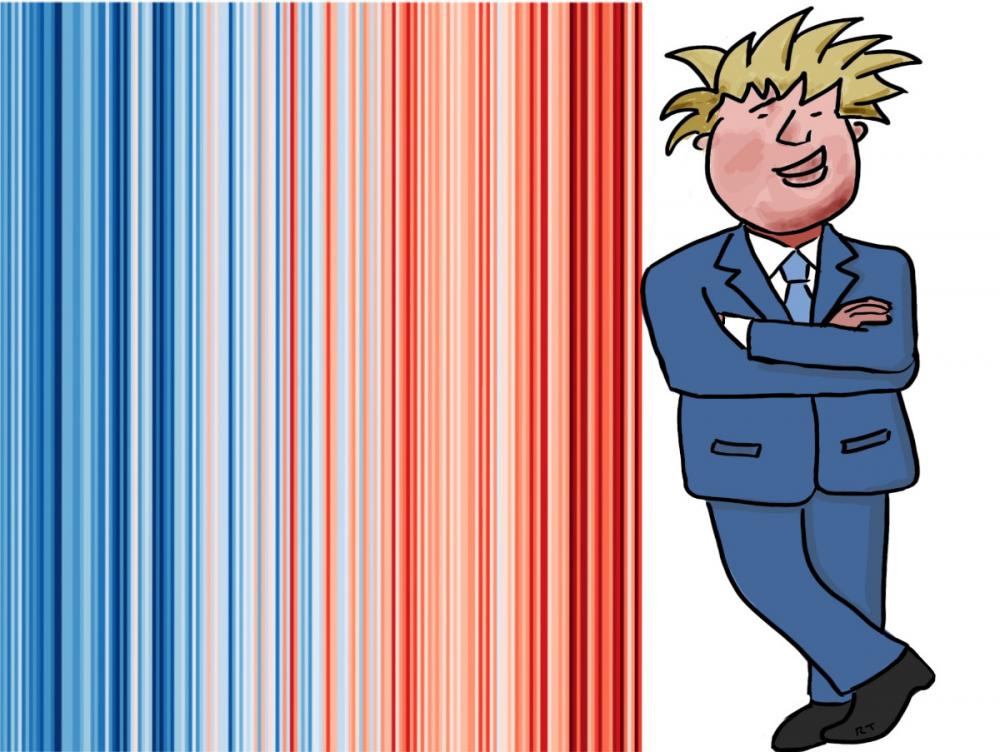 With The Conference of the Parties, version 26, rapidly approaching and absolutely no sign of the desperately required reduction in carbon outputs, I offer this suggestion to our beleaguered PM.

Looking from afar, where all the rough edges are ever so conveniently blurred into an irrelevant soup, I see three huge and overlapping problems sitting in the PM’s in-tray. This, sadly, is not a comprehensive list. It is chosen simply to illustrate my point:


The recently released Climate Transparency Report predicts that CO2 levels will increase by 4% across the G20 countries this year, having dropped 6% during the pandemic. Hardly a path to zero.
1. Climate Change - climate change is largely driven by CO2 emissions. Whilst these slowed down very slightly during the early part of the pandemic, they are now rising strongly across all the world's 20 richest nations. For a sustainable future, CO2 emissions need to be at (or below) zero.

2. Biodiversity - driven by a voracious apex predator with its lack of regard for its own species, let alone the vast interlocking pyramid of simpler organisms required to prolong its existence - biodiversity is on a rapid downward path. In the UK we have less than half of our biodiversity left; the global average is 75%. Both figures have terrifying medium and long term consequences.

3. Levelling up - we all know that the North is underinvested, underemployed and, frankly, undervalued. Health inequalities alone are appalling. According to the Government's own figures for 2017-2019, people in the most deprived areas of England are 4 times more likely to die prematurely from cardiovascular diseases and 2.2 times more likely to die from cancer than people living in the least deprived areas.

The Solution - massive investment in the North

Let there be no doubt that we are at war. Not throwing weapons of mass destruction at each other, but, rather more sneakily, destroying the planet with every gram of Carbon we emit and every ounce of litter we throw away.

Surely the time has come to put an end to vacuous words from our politicians. I couldn't possibly count the number of times I've been told to believe what people do and not what they say. That applies to Governments too. We, the people, now need some action.

We, the people, live in a country that can afford (we're told by Government) £120 Billion for a Y-shaped railway connecting people already happily chatting on video conferences.

We, the people, have a climate emergency and yet the Government spends £10.5bn every year in support for the fossil fuel industry and only £7bn annually on renewable energy. In a rapidly overheating world, where is the logic in that?

With so many huge problems to solve how can Boris possibly know where to point his big fiscal gun? Wouldn't it be convenient if all these difficulties lined up so that one big blast would nail them all? Well, possibly, that beneficial alignment has arisen.

From a UK perspective Climate Change mitigation requires a huge and sustained investment in wind turbine and energy storage technologies. The North is well placed to provide a workforce and the facilities to power this new industry and the influx of long term, well paid, clean jobs to the region would do much to address the health imbalances across the country.

A surge of clean and almost certainly cheaper electricity would power new cars, trucks and heating technologies, rapidly improving our inner city environments. An estimated 40,000 people a year are dying (just in the UK) because of air pollution. By way of perspective, COVID has claimed 140,000 lives, but doesn't come back every year.

Biodiversity, our third target, stands to benefit greatly from a wide adoption of clean sources of energy. And as long as 'er maj. agrees to rewild her 800,000 acres of estates, on behalf of 'we, the people', then we're well on our way to recovery.

So there we have it. Not all of Boris's problems will go away, but one Marshall Plan scale investment in the North's burgeoning renewables sector and three major problems will be addressed head on. We, the people, would benefit greatly from such a course of action and it might even take a few bricks out of that red wall we hear so much about.
Also by Richard Trinder...
COPulation!Lobbyists Pollute COP26News So Far From The COP EndBoris COPs Off But The Talking ContinuesCOP26: Why All The Fuss about Methane?