In her last speech to CBI members before she steps down as Director-General, Dame Carolyn Fairbairn said the second lockdown was “truly devastating for business, for retailers, for manufacturers, for companies who have invested millions in making their factories and their workplaces COVID safe.”

"It shows that we can bounce back again. But we do need to take some really, really hard, fast action now.”
Speaking to virtual delegates at the CBI's annual conference, looking back at lessons learned from the first lockdown, she said: “One of the things we learned was when we work together, we can do big things. And the furlough system was born. It was the TUC, it was the CBI - around the table on a Thursday - thrashing that out. And by Friday, we had a very ambitious rescue package in place.”

“The quarantines in and out. You know how that really damaged confidence. We also learned about the wrong kind of guidance.


Dame Carolyn Fairbairn
“The 10pm curfew never had enough support and evidence to back it up. But the other thing that we learned through this - and I've got to say, I was dazzled by it - was how totally extraordinary business have been throughout the crisis. From that opening few months, when 14,000 ventilators were built by manufacturers working together, retailers getting our shelves restocked."

There was, she said, a glimpse of what can happen when we saw the GDP bounce back in mid-summer when the recovery began. It shows that we can bounce back again. But we do need to take some really, really hard, fast action now.”

As a country we are better prepared for this second lockdown. One of the things the CBI is saying to the Government, loud and clear, is keep as much of the economy open as we possibly can.

Dame Carolyn said for the sake of our children and our economy it was massively important to keep our schools open as it enables people to work.

There was a warning.

“I've got to be really honest. There are ways in which this lockdown is also much worse. Gas tanks are depleted. Batteries run down in so many businesses across the country - in retail, in hospitality. Our aviation sector absolutely on its knees.

"We're heading into winter, a bleak midwinter. This is the run up to Christmas. It's the most important time for so many firms. And we have, we've seen it, lower compliance, divisions breaking out, less trust,” she said. 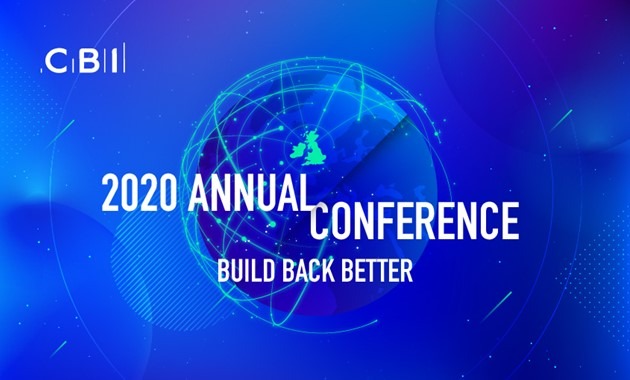 Thirdly, we must have exit plans. This is a time for real clarity on how we get out of this. Is it into the tiered system? What's the financial support package? Where are the triggers? Let's work on that together and get it right.

Fourthly, vitally, let's use this month. It's a breathing space to plan and get our ducks in a row. For example, on rapid mass testing. A total game changer. If businesses can test employees on the frontline, they could operate normally. They can keep jobs. They can stay open. It will help our economy.

Fifthly, we've got to get better at communications. Businesses can't act on the basis of speculation and leaks and surmise. This has to get a lot better.

Looking to the long term, Dame Carolyn said she was worried that we are going to lose sight of how we recover, saying it was not right to defeat the virus before we think about anything else.

Because we have many people suffering through this terrible pandemic, but our young people are facing incredibly cruel challenges. And I am worried we are going to let them down.

"If you're a young worker, you have been twice as likely to lose your job already through this pandemic

"Seventy percent say they feel their lives are on hold. We know that depression, anxiety and real concerns about jobs and financial survival is absolutely running rife in our younger population. We cannot let them down.”

Looking back at the height of the Second World War, in 1942, Churchill commissioned the Beveridge Report. In the middle of that crisis, Dame Carolyn pointed out that we had the blueprint that was created for the welfare state and the NHS, and it supported decades of compassionate growth.

“We need to be thinking like that now. Governments can do more than one thing at once, and so can business.


So, what might the priorities be for this economic plan to get us to recovery?

First of all, job creation. Build, build, build. We heard it from government. It needs to happen. Let's build green. Let's build infrastructure. Let's build digital. Let's focus on inclusion and diversity, and reaching out across the UK. It's a chance to begin to tackle the unfairness and level up.

Secondly, we need a retraining revolution. We know our economy is changing and it's a chance to use those downtime hours. We are going to have young people with so much time on their hands. Let's use it to train them online with Further Education, with unions. Go after the hard to reach. Business can step up and play a huge role.

And thirdly, let's go further on decentralisation. Put power and money in local communities so that we get action that is fast in skills and infrastructure, close to where people live.

In concluding her speech the Director-General said there is an opportunity to create something new. A commission that brings together unions, government, business. Look what we did in the crisis of COVID. We can do the same thing. To have this new chapter of building back better.

It has to move quickly. Let's create it now.

Speaking directly to political leaders she commented on the immeasurable importance of partnership and collaboration. “You can feel division in the air. You could feel it crackling all around us. And it's not what the public want. It's not what we need,” she said.

“We've got through the first part of this crisis through sticking together and working together. I say to every leader who is part of these next set of decisions, pull together. We need national unity to defeat this virus.”

That collaboration has to extend across the Channel because it would be unconscionable to unleash a no-deal Brexit on the countries of Europe, the UK and the European Union as we are facing this vicious second wave.

“It's a moral necessity as well. I urge everyone who is involved in these negotiations now: Get a deal. We need it desperately.”