Boris COPs Off But The Talking Continues 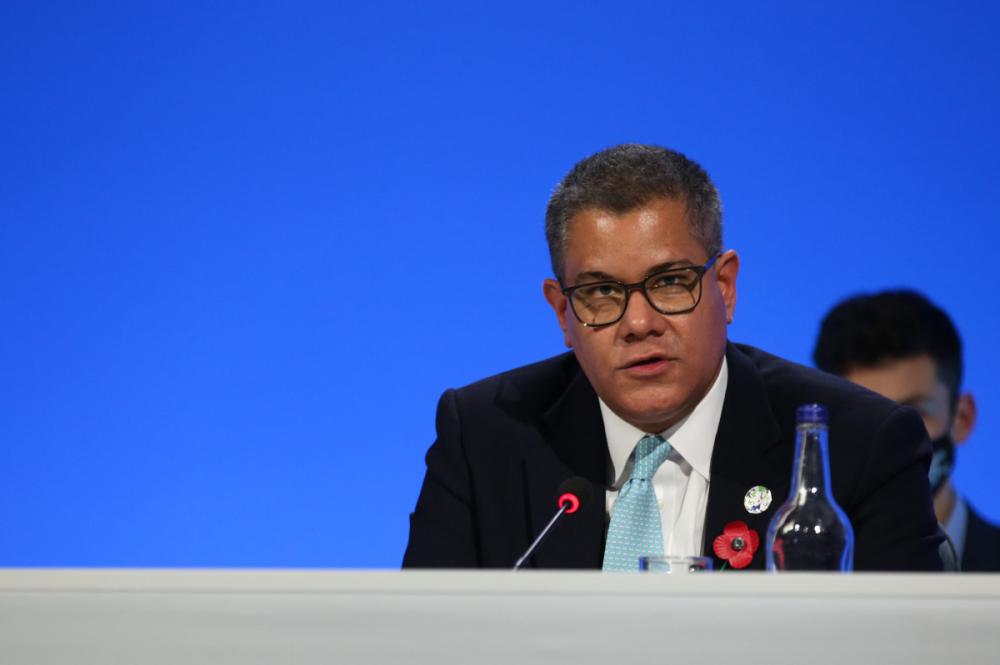 COP26 President Alok Sharma. Photo by Kiara Worth
The leaders are heading home, but COP26 continues with some significant announcements on day 4: 'Finance Day'.

But before leaving US President Joe Biden criticised the leaders of China and Russia for not turning up to the summit.

He said "The fact that China is trying to assert, understandably, a new role in the world as a world leader - not showing up, come on,". Mr Biden said, adding that Xi Jinping's absence was a "big mistake".

On a more positive note the news that big firms and financial institutions in many countries around the world will be forced to show how they intend to hit climate change targets is being heralded as a significant step forward. By 2023, they will have to set out plans showing how they will move to a low carbon stance.

In total, 450 of the largest business in the world with assets under their control of over £95trn have agreed to commit to limit global warming to 1.5C above pre-industrial levels.

What this means in practice is that bank loans would be preferentially allocated to renewables projects, or - for example - mortgages on highly insulated homes will move to the front of the queue.

Getting finance to build coal fired power stations is going to get tricky.

Speaking about the new commitments to both public and private finance COP26 President Alok Sharma said:

"Today, there is more public and private finance for climate action than ever before.

"But to meet the commitments made in the Paris Agreement and keep 1.5 alive, we need developed countries to deliver on public finance, and to unleash the trillions required in private investment to create a net zero future and protect lives and livelihoods from the devastating effects of climate change.

“That is why we have made finance such a key focus of COP26, why these new commitments from nations and the private finance sector are so welcome, and why we continue to push for countries to do more to meet their finance obligations. Countries are telling us what they need, now global finance needs to respond.”

Although monumental in scale Mark Carney's plan is simple; radically change the world's financial systems and assume that every sector of the economy - transport, energy, agriculture, clothing, retailing and so on - all fall into alignment with new net-zero strategy attached to the finance. Whilst the plan is currently missing much (or indeed any) detail, it is already making waves around the world and is seen as another success for COP26.
Also by Richard Trinder...
Mikron Theatre's Wild And Wonderful World Of WeatherJames Webb Telescope Marks A New Dawn For HumanityCOPulation!Lobbyists Pollute COP26News So Far From The COP End