Birmingham 2022: The Queen's Baton Relay: The Journey So Far 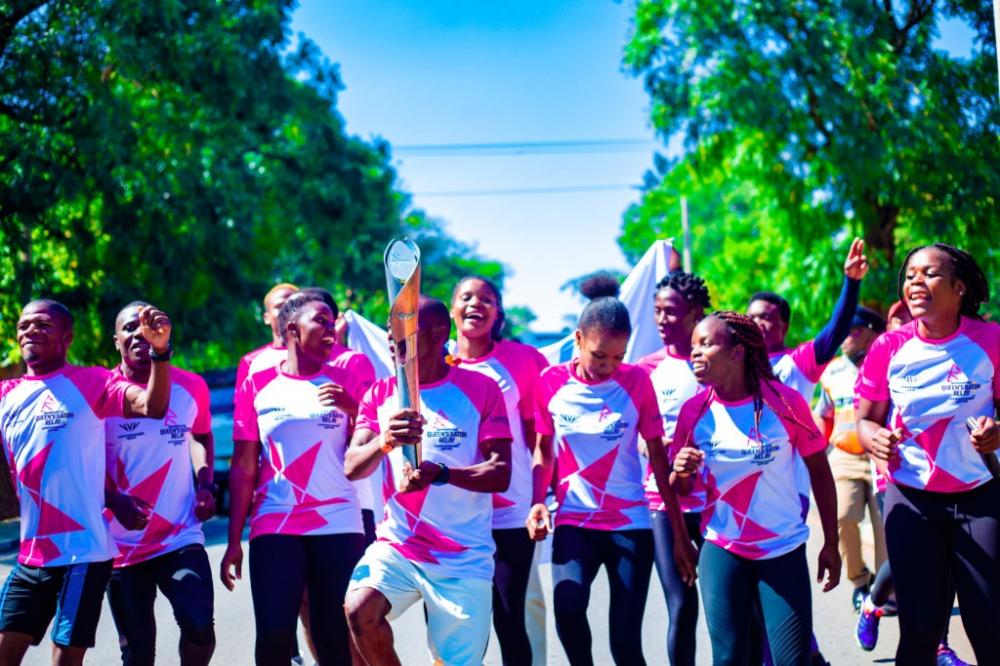 Having visited 22 countries and nations in just 79 days, the Queen’s Baton Relay has now completed over a quarter of its journey, most recently finishing its tour of the 19 Commonwealth countries in Africa.

While hosting the Baton, each Commonwealth Games Association organises activities to engage young people in sport, showcase their local heroes, and highlight a project that addresses at least one of the 17 United Nations Sustainable Development Goals.

For example, while in Kenya, the Baton was hiked up the Ngong Hills where, at the peak, the Batonbearers took part in a tree planting activity and were joined by children from local performance group, Huruma Town Kids.

Rwanda demonstrated how they take on Sustainable Development Goals by hosting a visit at the new Nyandungu Urban Wetland Ecotourism Park which aims to increase and conserve local biodiversity and restore on-land and aquatic habitats. 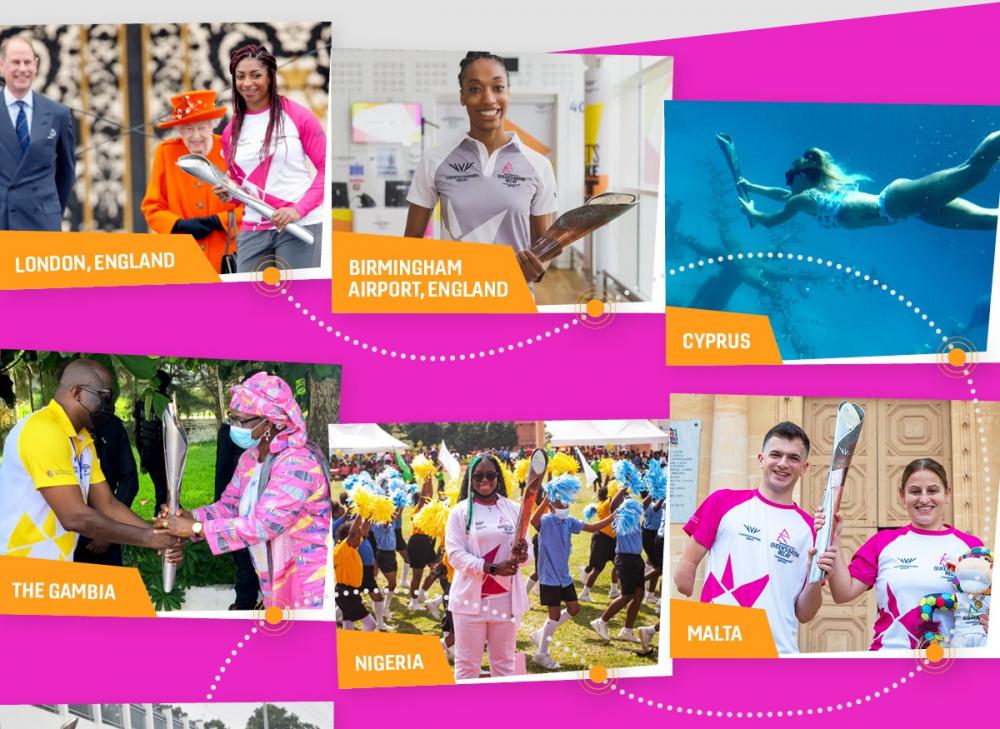 Whilst in Zambia, the Baton visited Victoria Falls, one of the Seven Wonders of The Natural World and the largest waterfall in the world. Brave Batonbearers swam through the Devil’s Pool, a natural rock pool along the edge of the falls. Climate justice activist, Enock Mwewa represented Zambia as one of the Batonbearers.

During the visit to Uganda, the Baton visited the Uganda Wildlife Education Centre, which runs conservation projects, as well as the Ngamba Island Chimpanzee Sanctuary, whose mission is to protect chimpanzees and their ecosystems.

Supporting the Sustainable Development Goals, Mauritius showcased their low emission transport options around the island, including an electric bus, the public metro and even a sailboat to ferry the Baton to Mahebourg Waterfront. At the Waterfront, Noemi Alphonse, the first Paralympian finalist in Mauritius, carried the Baton.

Celebrating youth engagement in sport, the Queen’s Baton visited Government Primary School Bastos in Cameroon. Whilst in Lesotho and Eswatini, the Baton was taken to OlympAfrica Centres where sport activities were hosted for children to get involved in.

In Botswana, the Baton visited several schools to engage young people in the Relay. At Tshwaragano Junior Secondary School, 72 students drew the 72 flags of the Commonwealth nations and territories. Local hero and Batonbearer, Oganne Manengene represented her community. Oganne set up a tuck shop using a government grant, she then expanded it to a grocery store, and now she uses its proceeds to build environmentally friendly housing for her community.

Each nation also took the Baton to visit their communities’ iconic locations or to witness to witness unique performances, showcasing their culture or history.

In Tanzania, the Baton was taken to the Askari Monument, which memorialises African soldiers, who fought in the British Campaign against Germany in World War I, where Batonbearers and attendees paid their respects to the lives lost.

The Baton visited St Michael and All Angels Church in Malawi, which was built by locals who had no previous formal training. The church tells the story of a community coming together to create something remarkable for future generations. Mary Waya, who previously competed at three Commonwealth Games in the Malawi Netball Team and then founded the Mary Waya Foundation which encourages girls in Africa to take up sport, represented her country as a Batonbearer.

The Queen’s Baton Relay reached the remote volcanic island of St Helena for the first time in eight years where Josh Herne, 16-year-old Batonbearer, carried the Baton up Diana’s Peak, the island’s highest point and Jacob’s Ladder, which is 700 steps high.

The Baton was welcomed in Mozambique by a Chopi Timbila performance, during which musicians use different sized drums to produce a variety of sounds, while the main orchestra is made up of Timbilas, which are similar to xylophones, but are made from a rare wood only found in Inhambane.

While touring South Africa, the Baton was taken to the Big Hole (The Kimberly Mine), an open-pit and underground mine, which was once thought to be the deepest hole excavated by hand. When the mine was active, almost three tons of diamonds was recovered from it- which is the same weight as a baby blue whale!

In Namibia, the Baton was taken on an intense journey, from quad bikes to camel rides, to horseback, and even skydiving, Batonbearers travelled in extreme ways.

The Baton visited many incredible islands and beaches in the Seychelles, the first night was spent at one of the beaches with locals performing the Moutya dance around a bonfire.


Lisa Hampton, Head of The Queen’s Baton Relay, said: “The Queen’s Baton has already completed over a quarter of its journey and has shone a spotlight on communities in the African Commonwealth countries and territories and highlighted all the hard work each Commonwealth Games Association puts into organising these incredible events and activities while hosting the Baton.”

“Learning about all of the ongoing environmental initiatives, such as the Nyandungu Urban Wetland Ecotourism Park, is amazing and it is a fantastic representation of how the Commonwealth can come together in solidarity and inspire future generations to take on the same responsibility.”

“I can’t wait to see the rest of the journey unfold and see how the remaining Commonwealth Games Associations celebrate the Queen’s Baton Relay.”

The Queen’s Baton Relay will now continue its journey around the Commonwealth, starting its South Asian journey in Pakistan, the Maldives, Sri Lanka, then Bangladesh. 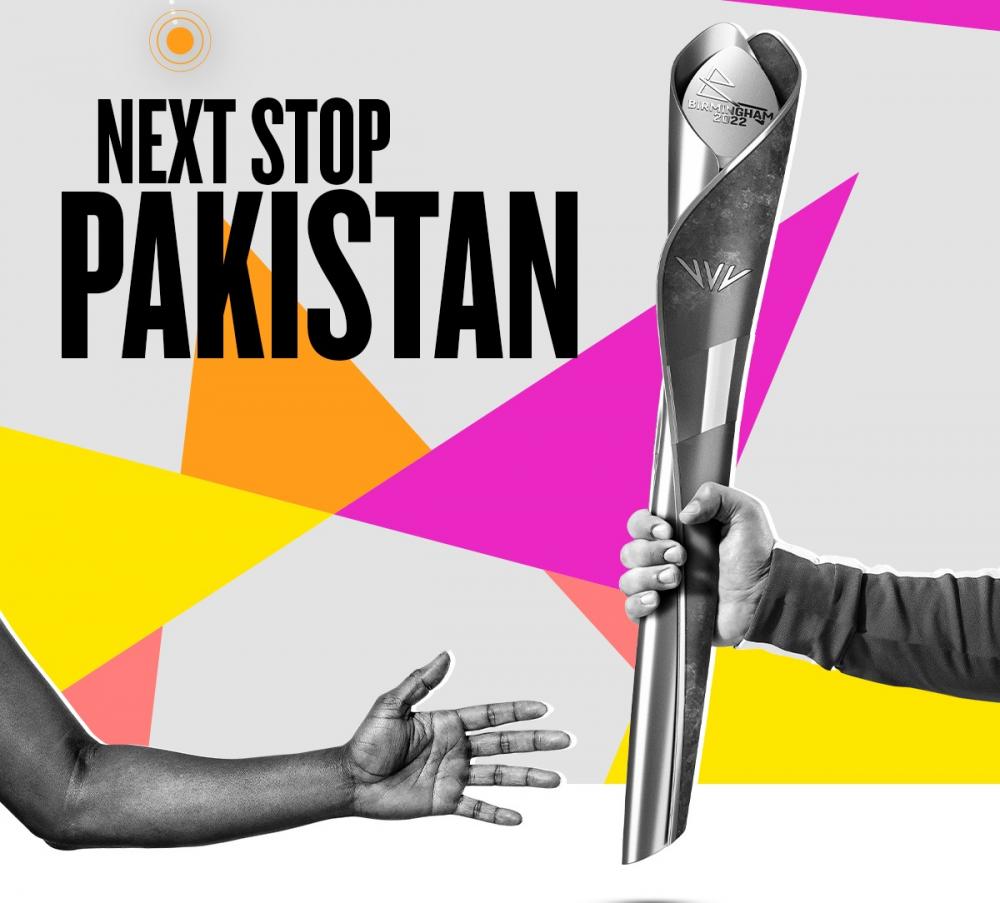