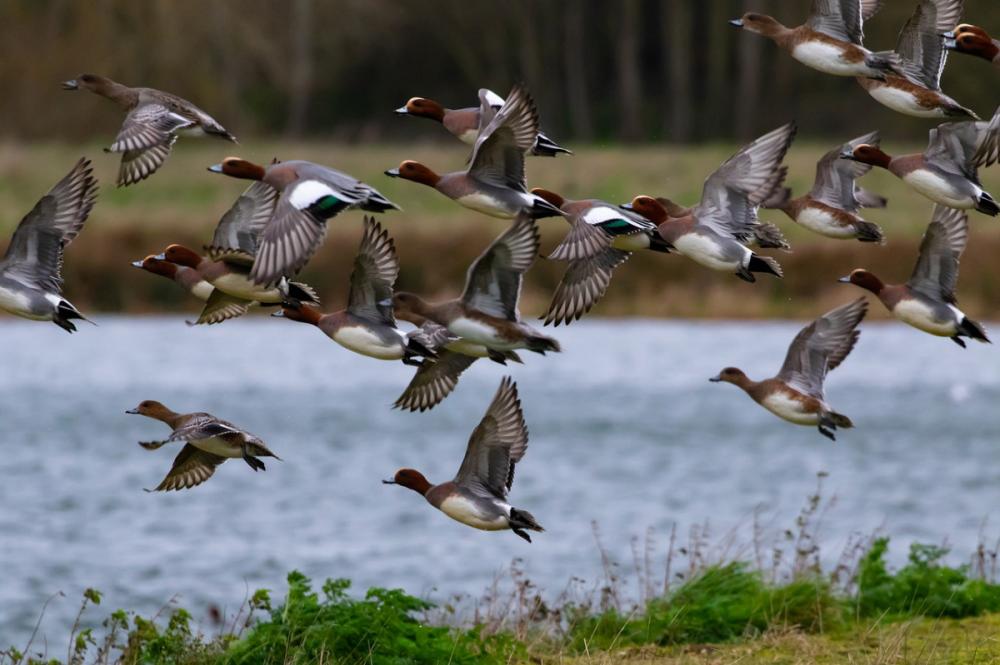 Following a number of detections of avian influenza (bird flu) in wild birds across Great Britain, the Chief Veterinary Officers from England, Scotland and Wales have declared an Avian Influenza Prevention Zone (AIPZ) across the whole of Great Britain to mitigate the risk of the disease spreading amongst poultry and captive birds.

This means that from 5pm on Wednesday 3 November 2021 it will be a legal requirement for all bird keepers in Great Britain to follow strict biosecurity measures to help protect their flocks.

Keepers with more than 500 birds will need to restrict access for non-essential people on their sites, workers will need to change clothing and footwear before entering bird enclosures and site vehicles will need to be cleaned and disinfected regularly to limit the risk of the disease spreading.

Avian influenza circulates naturally in wild birds and when they migrate to the UK from mainland Europe over the winter they can spread the disease to poultry and other captive birds.

Backyard owners with smaller numbers of poultry including chickens, ducks and geese must also take steps to limit the risk of the disease spreading to their animals.


In a joint statement the Chief Veterinary Officers for England, Scotland and Wales said:
"Following a number of detections of avian influenza in wild birds across Great Britain we have declared an Avian Influenza Prevention Zone across the whole of Great Britain. This means that all bird keepers must take action now to prevent the disease spreading to poultry and other domestic birds.

"Whether you keep just a few birds or thousands, you are now legally required to introduce higher biosecurity standards on your farm or small holding. It is in your interests to do so in order to protect your birds from this highly infectious disease.

The introduction of the AIPZ comes after the disease was detected in captive birds at a number of premises across Great Britain.

Following a risk assessment, the Chief Veterinary Officer has also declared a localised avian influenza prevention zone for parts of North Yorkshire, namely the districts of Harrogate, Hambleton and Richmondshire.

This means from 8pm on 21 November 2021 it will be a legal requirememt for all bird keepers in the area to keep their birds indoors and to follow strict biosecurity measures in order to limit the spread of and eradicate the disease.
In all cases the birds on site are humanely culled and Protection and Surveillance Zones are put in place to limit the risk of the disease spreading.

The AIPZ now in force across GB, does not include a requirement to house birds. However, this is being kept under constant review. With the increased risk of Avian Influenza during the winter, the need to include a mandatory housing requirement in the AIPZ may arise. Further disease control measures will be based on the latest scientific evidence and veterinary advice.


The Avian Influenza Prevention Zone (AIPZ) means bird keepers across the country must:
Keep domestic ducks and geese separate from other poultry;
Ensure the areas where birds are kept are unattractive to wild birds, for example by netting ponds, and by removing wild bird food sources;
Feed and water their birds in enclosed areas to discourage wild birds;
Minimise movement into and out of bird enclosures;
Cleanse and disinfect footwear and keep areas where birds live clean and tidy;
Reduce any existing contamination by cleansing and disinfecting concrete areas, and fencing off wet or boggy areas;
Keep free ranging birds within fenced areas, and ponds, watercourses and permanent standing water must be fenced off (except in specific circumstances, e.g. zoo birds).

The prevention zone will be in place until further notice and will be kept under regular review as part of the government’s work to monitor and manage the risks of bird flu.