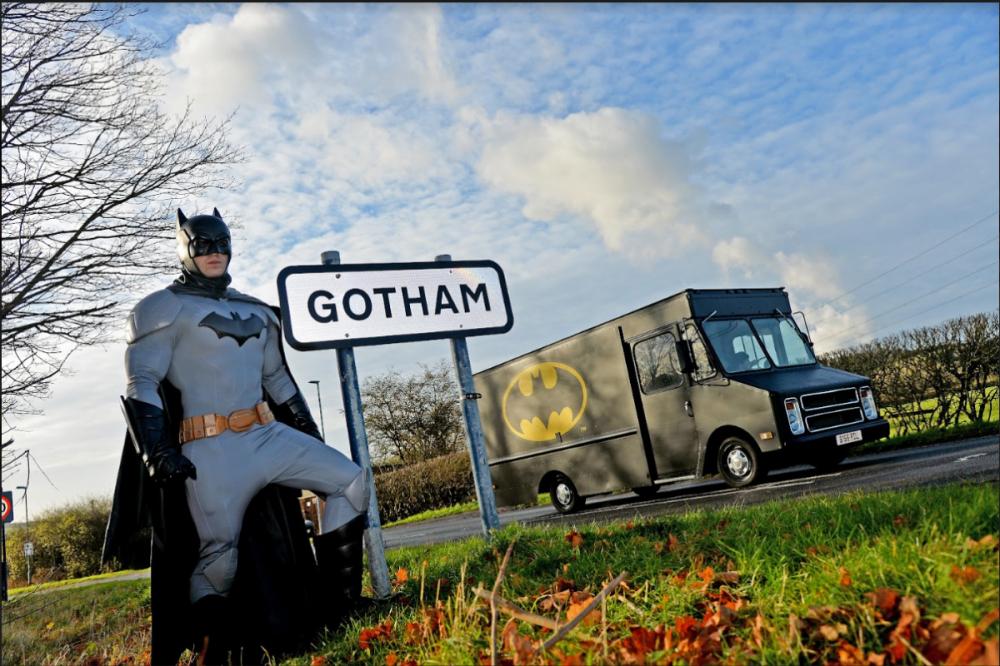 Batman has begun his tour of the UK in an eye-catching mobile Batman inspired van, in an alternative to Santa’s grotto this Christmas.

Starting in Gotham, a small village in the East Midlands, that - despite the name - is a far-cry from DC’s Caped Crusader’s home town, the van has begun it’s travels.

Batman was greeted by children from Gotham Primary School who were given special gifts as the first lucky fans to meet Batman. Following this, the touring van will visit Nottingham and Birmingham on Thursday 9th December, and Manchester and Leeds on Friday 10th December. 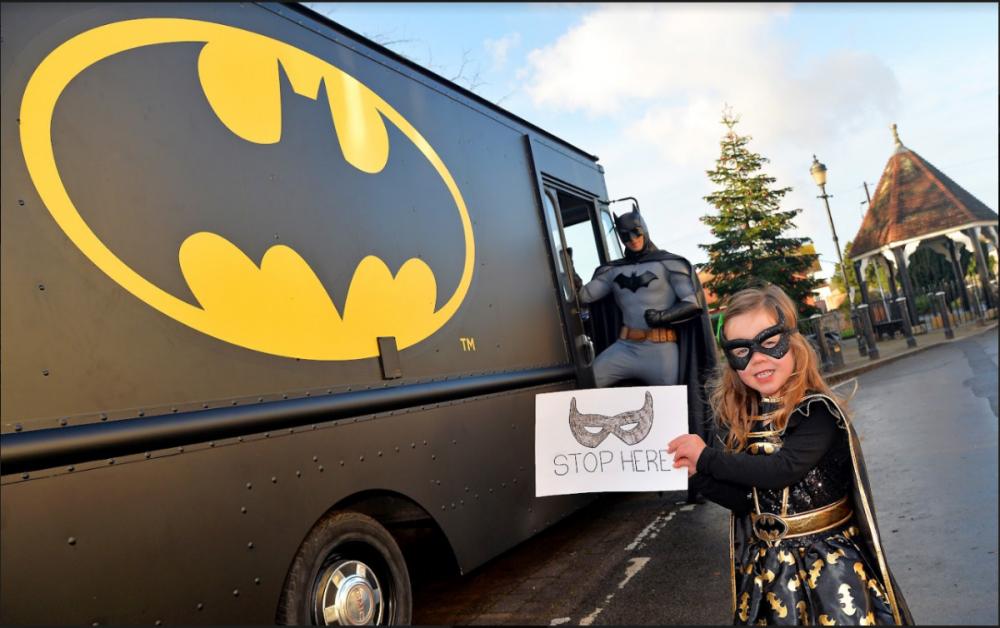 Santa and Batman have a surprising amount of similarities with both living reclusive lifestyles, being spotted on rooftops and knowing who’s been naughty or nice. The touring Batman themed van will be instantly recognisable with the iconic Bat-Symbol emblazoned on the side. Inside you can take a peak at Batman’s festive display, with Christmas decorations to fit the Dark Knight himself, including black Christmas trees.

Full range of DC toys and products are available to buy now from Smyths, The Entertainer, Amazon and Warner Bros. Shop