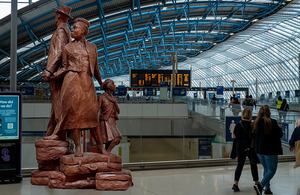 The monument, which is backed by £1 million of government funding, will pay tribute to the dreams, ambition, courage and resilience of the Windrush pioneers who arrived in Britain after the Second World War and the generations that followed over the years.

The three figures – man, woman and child – dressed in their “Sunday best” are climbing a mountain of suitcases hand-in-hand, demonstrating the inseparable bond of the Windrush pioneers and their descendants and the aspirations of their generation. 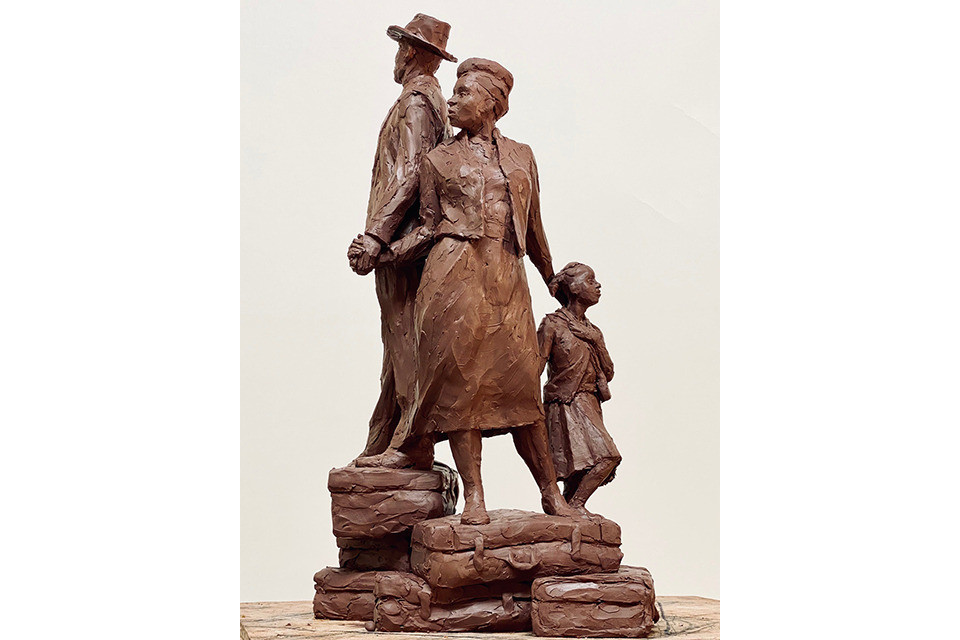 The design will stand as a testament to those who landed in Britain to help rebuild the country, as well as to lay a foundation for their families and their future, influencing and contributing to every aspect of our society.

The announcement, which delivers on a manifesto commitment, comes as the nation celebrates Black History Month with events taking place up and down the country.

Communities Minister Kemi Badenoch MP said:
"I want to congratulate Basil Watson on being selected to design the National Windrush Monument. The government is very pleased to be sponsoring this commemoration.


"The Monument will become a permanent place of reflection and inspiration for all, reminding us of our shared history and heritage."

"His design will celebrate and honour the contribution of the Windrush generation, right at the centre of our nation’s capital.

"The Monument will become a permanent place of reflection and inspiration for all, reminding us of our shared history and heritage."

Chair of the Windrush Commemoration Committee Baroness Floella Benjamin DBE said:
"I am thrilled to be able to reveal the final design of our National Windrush Monument, which so vividly captures the experiences of the Windrush generation and their descendants across the country.

"It was empowering to see how Basil’s design deeply and emotionally effected so many - adults and children alike.

"This Windrush Monument represents the past, present and future and I hope it will be the catalyst for other monuments commemorating the extraordinary contribution of the Windrush generation to this country." 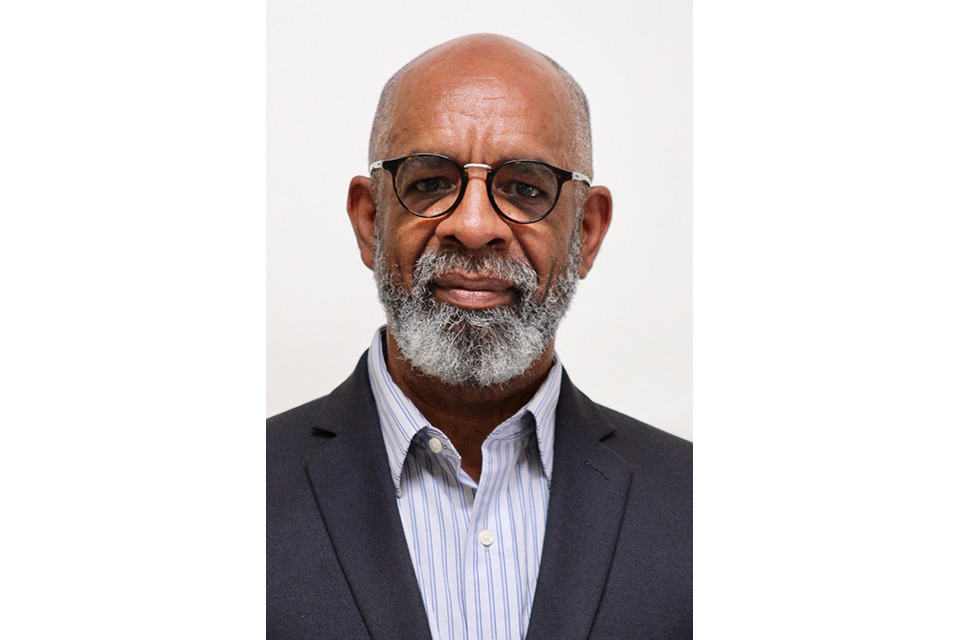 Basil Watson
Basil Watson said:
"I’m truly honoured to be chosen to design this monument from an outstanding field of applicants.

"I feel privileged that I now have this opportunity to express the aspirations, vision and courage of my parents, who took the long sea voyage to England in 1952 as part of that Windrush generation in search of a brighter future.

"I look forward to bringing my design to life, because I know how much this means to the Windrush community."

Following a public engagement phase over the summer, the winning design was selected by the Windrush Commemoration Committee (WCC), chaired by Baroness Floella Benjamin DBE.

Sculptor and painter Basil Watson has designed public sculptures and monuments across the world including statues of Martin Luther King, Usain Bolt and Merlene Ottey. This will be his first public artwork in the United Kingdom, where he lived for part of his childhood with his family, who are part of the Windrush generation.

Basil, who was awarded the Order of Distinction (Commander Class) in 2016 by the Jamaican government in recognition of his artistic accomplishment, will now begin work to convert his maquette into the 12-foot-high bronze monument that will be unveiled to the public on Windrush Day - Wednesday 22 June 2022.