Dutch DJ Bakermat might not be as well known in the UK as the rest of Europe but this could change soon with the release of this new album, The Ringmaster. 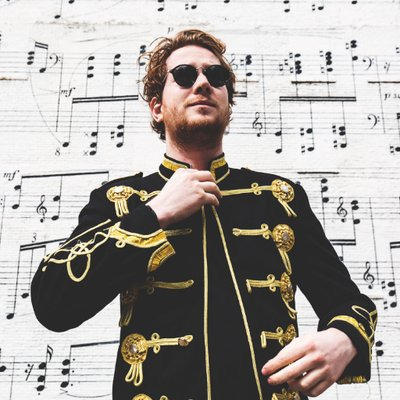 If you have been on holiday in France over the last 3 summers you might have heard the hit Under The Sun played on the radio. In the way fellow DJ Jax Jones has a knack for turning out commercial tracks, so does Bakermat.

A refreshing touch is how Bakermat mixes jazz influences with dance beats. You could be mistaken for thinking the opening track, Trouble is being sung by John Legend, instead the smooth voice belongs to Albert Gold. A jazzy trumpet adds to the laid back feel to the track.

Pretty Little Jaguar follows on, something which fellow Dutch born Caro Emerald would be proud to sing. The track is as far removed from Ibiza as you could imagine.


Also by Graham Clark...
Album Review: Cruising With Jane McDonald Vol 2 (Absolute)Michael Buble Returns To The North In 2021Stefani’s Pizzeria - An Enlightening Experience In BlackpoolLytham Festival 2021 Welcomes Motown Legends Diana Ross And Lionel RichieGet Closer To Nature This Half Term At Blackpool Zoo
Baiana has already been released as a single, and it is pleasing to hear Learn To Lose with English singer Alex Clare, who sounds like he has just done a stint with the Red Hot Chilli Peppers with the emotional vocal he lends to the track.

It is not all uptempo tracks though.The ballad Out of Control sung by Savannah Jeffreys is something that you would not expect from Bakermat, a piano driven song that shows more depth than you might have imagined.

The album crosses many styles but one thing remains intact throughout - strong melodies. The old adage "Don’t Judge A Book By It’s Cover” might apply here because there is a lot more to Bakermat than meets the eye - and ear.