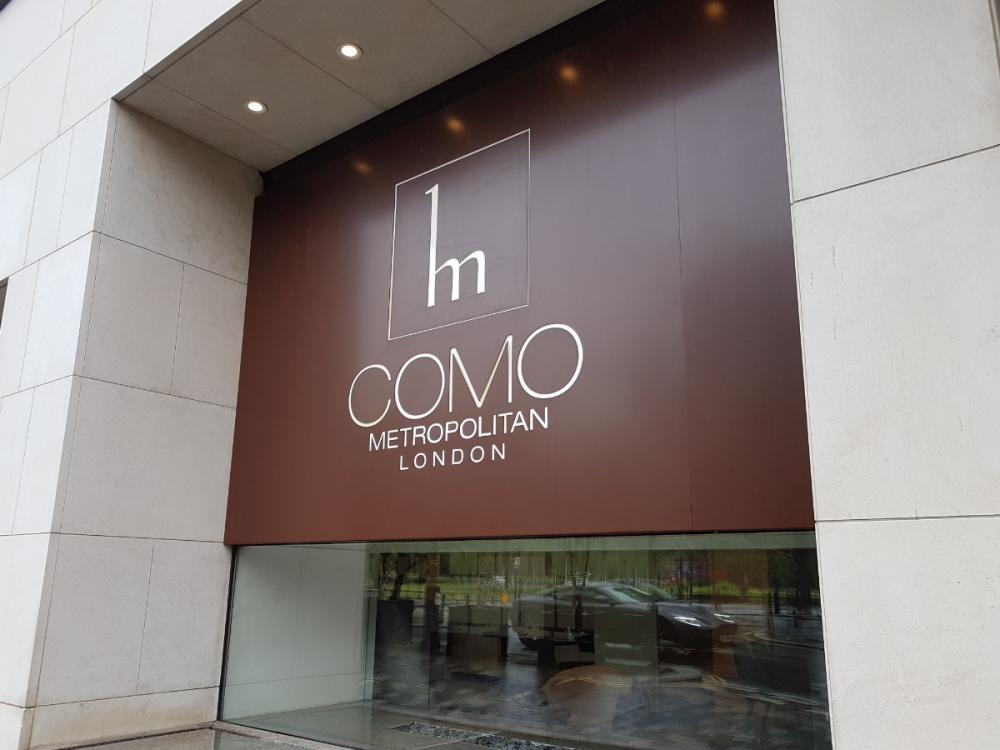 There was a famous 1979 advertising campaign in which American millionaire businessman Victor Kiam proudly announced that Remington Razors were so good ‘he bought the company’.

You might say that Mrs Christina Ong and her daughter, Melissa, have a version on a theme. For one they are among the richest ladies in Singapore and two, the apocryphal story goes that Mrs Ong senior couldn’t find a hotel that she liked……so she decided to buy one and, of course, re-brand it to her liking!

COMO Hotels – an acronym for Christine Ong and Melissa Ong – was born.

Now, COMO Hotels and Resorts is an international brand with properties all over the world from Bhutan to Miami.

So, it was with more than a little expectation that I boarded LNER’s rather plush Azuma train at Leeds station for the two and a quarter hours, hassle free journey south, where I would be staying for two nights at the 5* COMO Metropolitan London on Old Park Lane.“We won’t be putting you in one of our hotel rooms Mr Hopkins. You’ll be on the fourth floor of our residences on neighbouring Brick Street.”

The welcoming receptionist couldn’t have been politer. “In fact I’ll walk you round now,” he added after programming two credit card style ‘keys’.

Not knowing what to expect we duly followed our guide out of the hotel’s revolving front door on Old Park Lane, turned left and dog legged again past Mr Hefner’s Playboy Club... 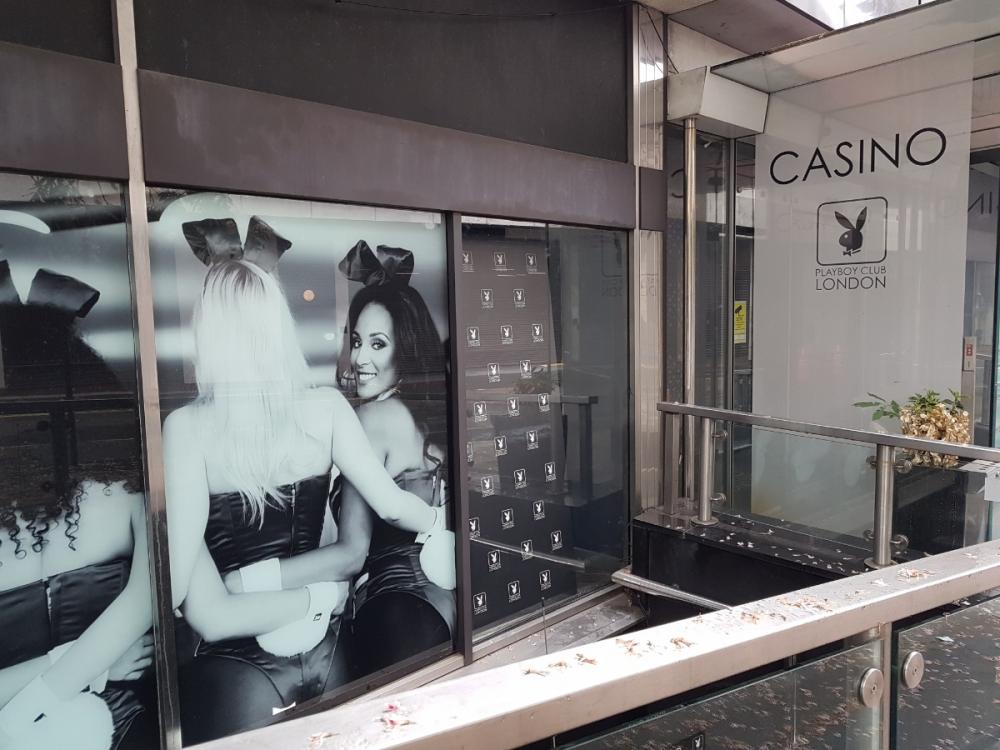 ... until we were standing in front of an electronic sliding glass entrance, behind which was a lift.

Like three masked raiders – Covid is still very much on London’s agenda – we exited the elevator at the fourth floor and swiped our key to gain entrance into one of the hotel’s 10 ‘residences’... 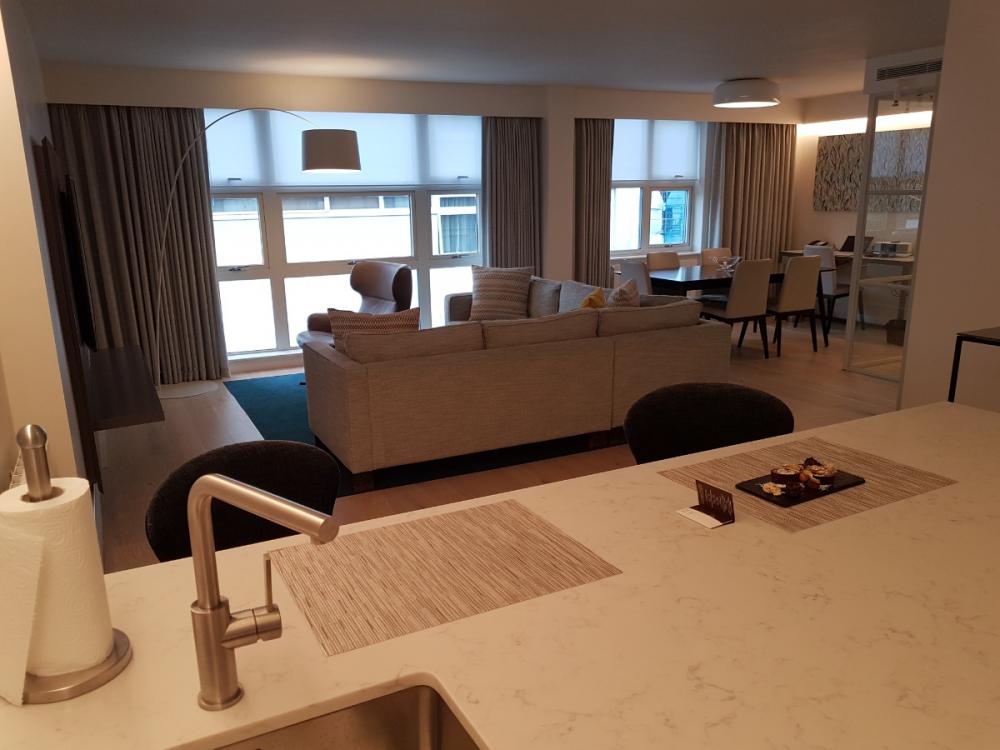 ... which, by any other name, would easily be described as stunning apartments, each costing between £800 and £1800 a night to occupy depending on the time of year and status of the pandemic at the time of your booking!

Minimalist and spacious – a Mrs Ong requirement by all accounts – you are greeted by floor to ceiling windows, Asian-inspired design, clean whites, creams and bleached pine.“The residences are geared up to families that need to stay in town longer than normal, hence why they have all the comforts of home: dishwasher, washing machine, toaster and executive coffee machine,” we were advised.

The COMO Metropolitan London might be boutique – there are just 144 bedrooms and 10 residences - but its ‘experiences’ offer unparalleled access to the big city.

From customised shopping trips and five-star dining to art exhibitions, the expert concierge team offer insider knowledge and a truly personalised service.“I’m not being funny darling but we’re expected at the Cartoon Museum soon. Let’s explore the hotel a bit later.” 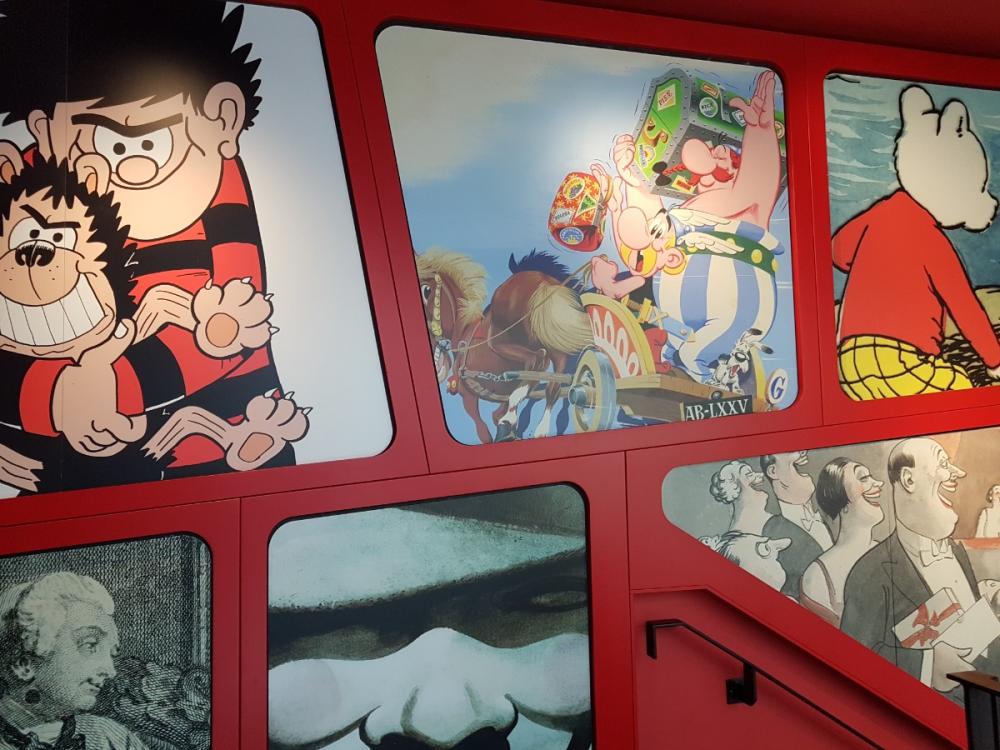 With that in mind we headed off, opting for a brisk 50- minute walk to Wells Street, certain that the late afternoon drizzle would blow away any travel cobwebs.

The Cartoon Museum was re-launched at 63 Wells Street on 1st July 2019 thanks to the design vision of Sam Jacob Studio, who used the language of cartoons and comics as inspiration for its new architecture. 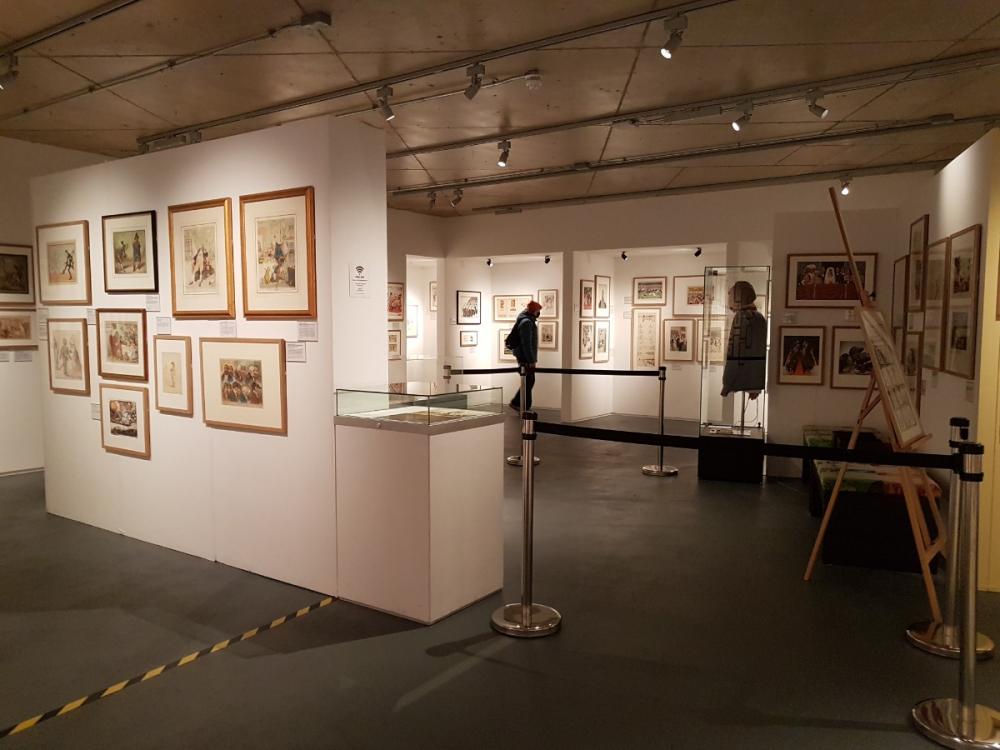 This emporium of chuckles champions cartoon and comic art, highlighting its value to culture, and evoked so many memories within me thanks to the likes of Dennis the Menace, Biffo the Bear, Viz and Minnie the Minx, all of whom adorned its walls along with hundreds of amazing other cartoons, many dating back hundreds of years. 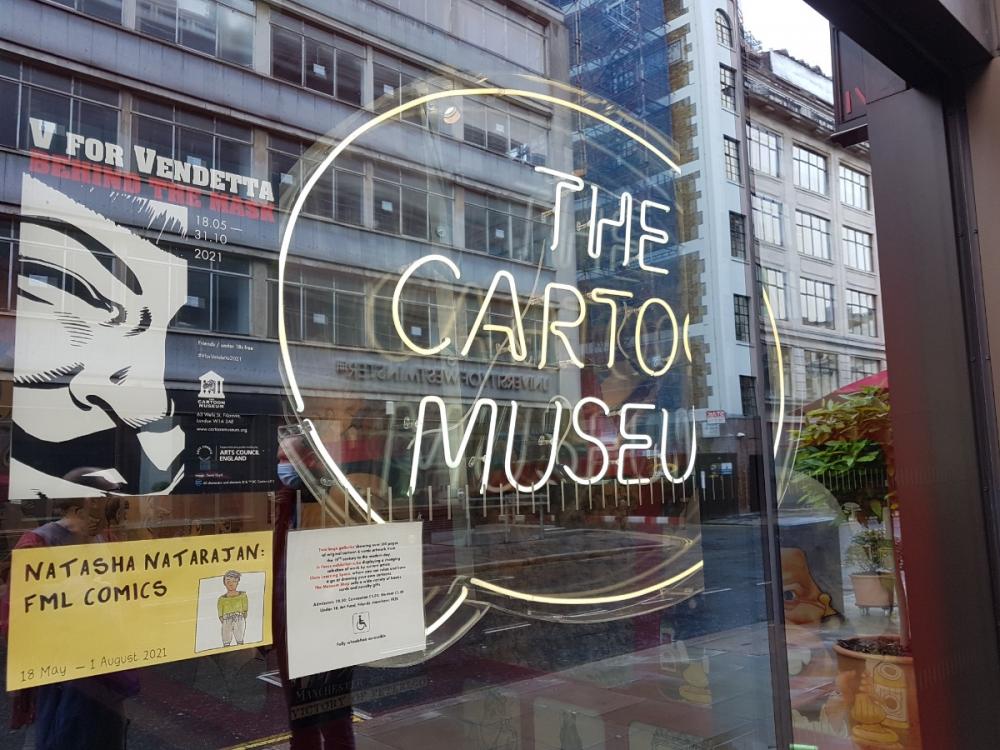 After a couple of hours our feet were aching but the thought of dining at South Kensington’s Romulo Café & Restaurant, was enough to spur us on to yet another lengthy walk.

We consoled ourselves with the fact that we would not only be getting lots of exercise, but that our urban hike through Hyde Park and beyond would help ‘build up an appetite’! It did. 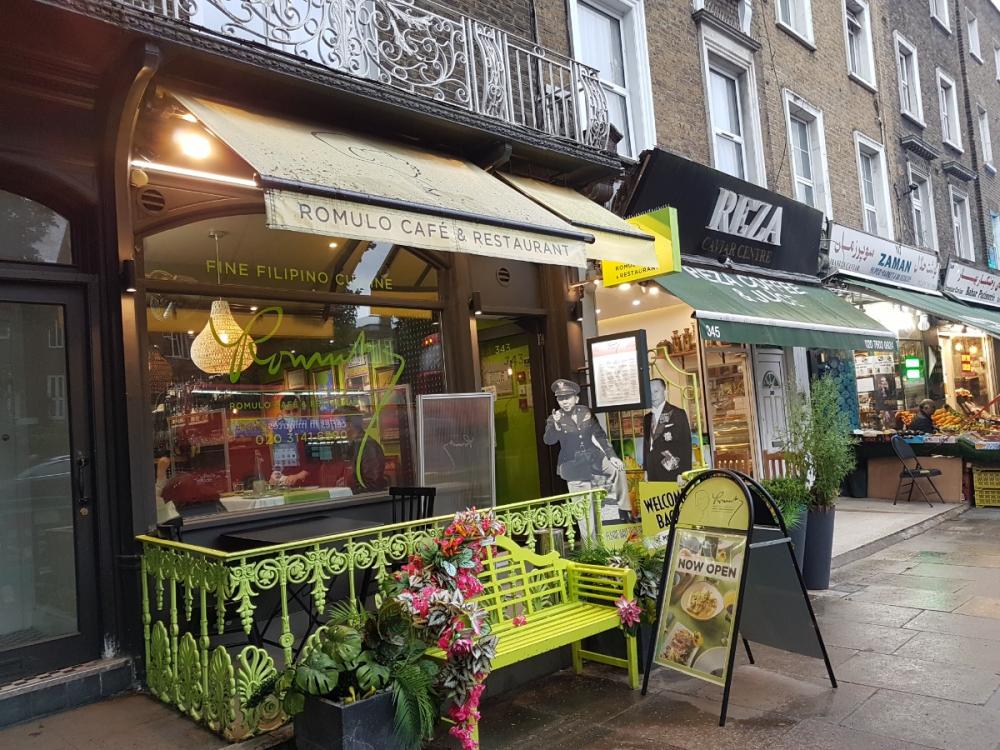 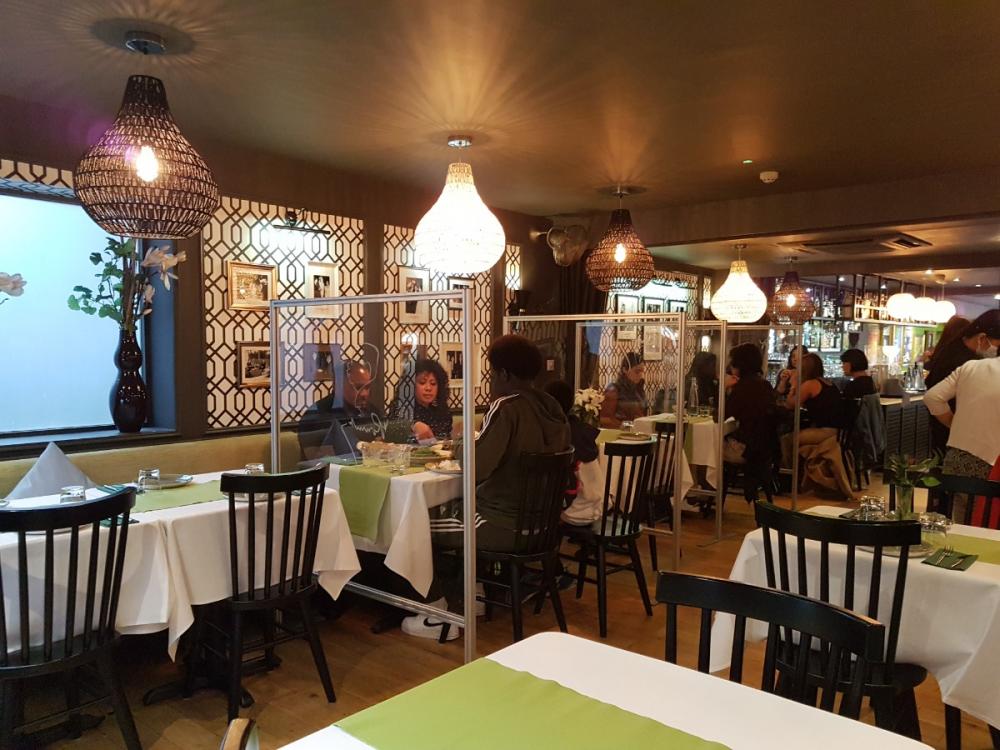 Now, their kare-kare, sisig and Megan Markle’s favourite, chicken adobo, are permanently tickling the tastebuds of the Big Smoke’s growing fan base. 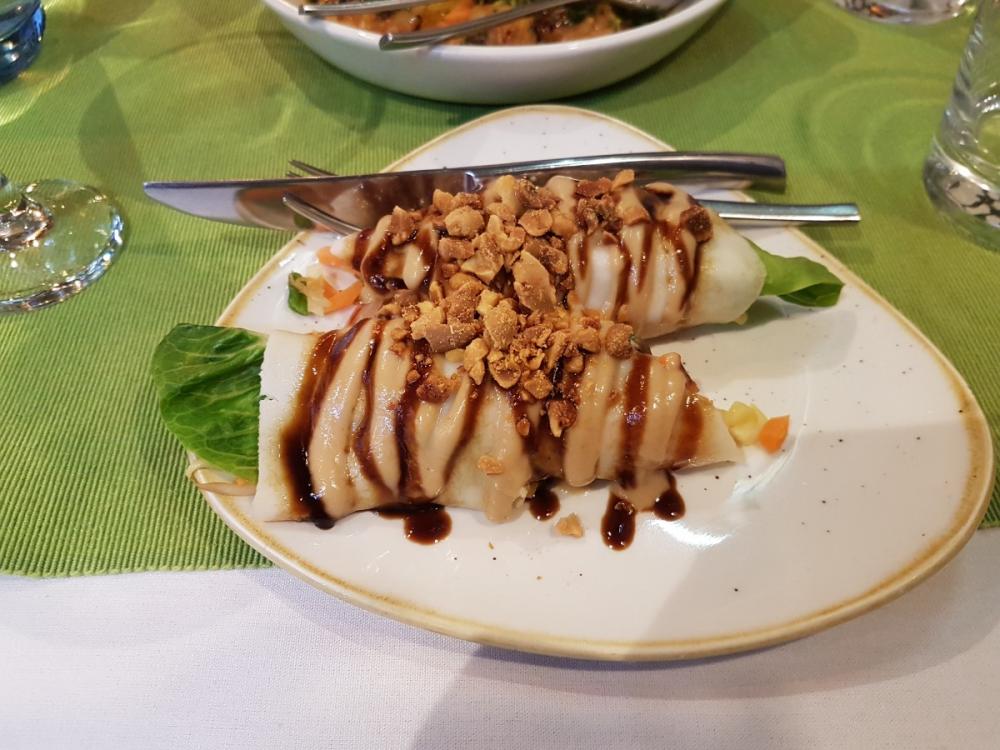 “We have a lot of Filipino regulars,” said Rowena, “however, the word is getting out and, these days, lots of non-Filipinos return regularly.”

So much so that another outlet is scheduled to open in Soho this coming September, to cope with the ever-growing demand for Romulo’s cuisine, now available as a nationally delivered takeaway service.“Shall we walk back or take the tube?” asked my wife.

“I think we’d better walk, I’m absolutely stuffed. If I lie down later I’ll split!” I chimed, leaving a look of horror on my Filipino wife’s face: English humour was not yet her forte.

Fifty minutes later we were back in the calm setting of our ‘residence’ at the COMO Metropolitan London.

“Don’t forget, we’re on room service for food so we need to place the order for our breakfast before we go to bed,” added Cess.

Next morning a veritable banquet arrived! 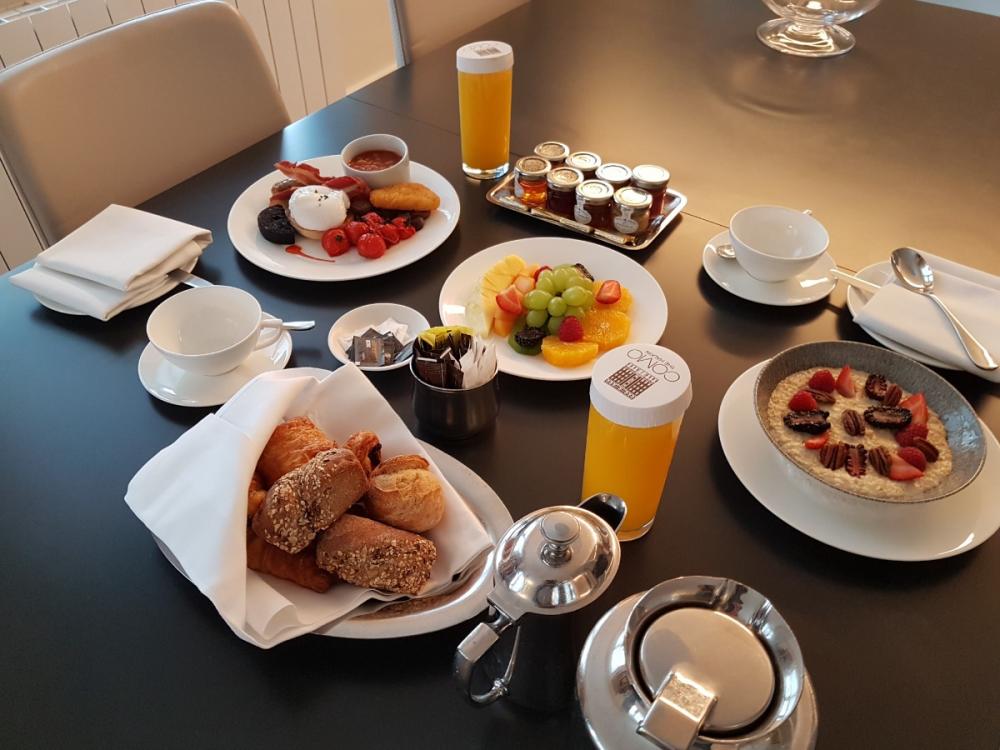 That’s because five-star food is at the heart of the hotel, where Executive Chef Mark Edwards heads up one of the most innovative kitchens in the capital – Nobu – world-renowned for its Japanese-Peruvian cuisine. His team also know how to deliver one of the best ‘Full English’ breakfasts I’ve had the pleasure to eat!

Tucking into black pudding and all the accoutrements, the idea of using the basement gym seemed like a good idea... 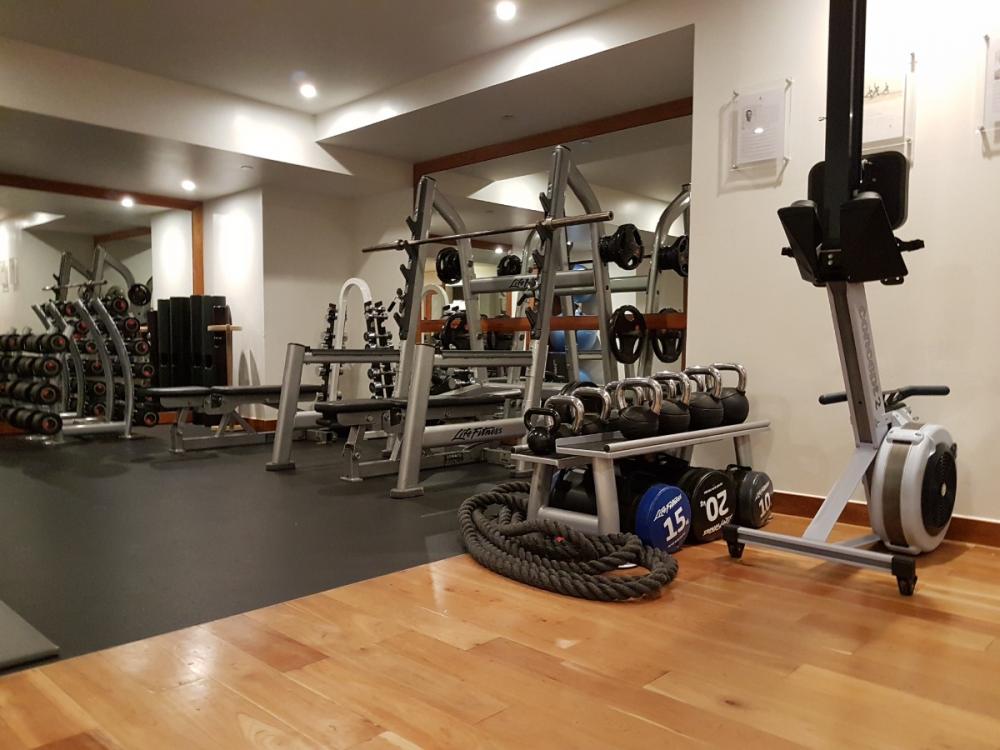 ... but, at a practical level, was never going to happen! However, every COMO Metropolitan room comes with a yoga mat and a supporting yoga TV channel if the mood for exercise overwhelms you. Fortunately it didn’t!

However, if ‘serenity’ is more to your liking then the COMO Shambhala Urban Escape will pander to your needs. 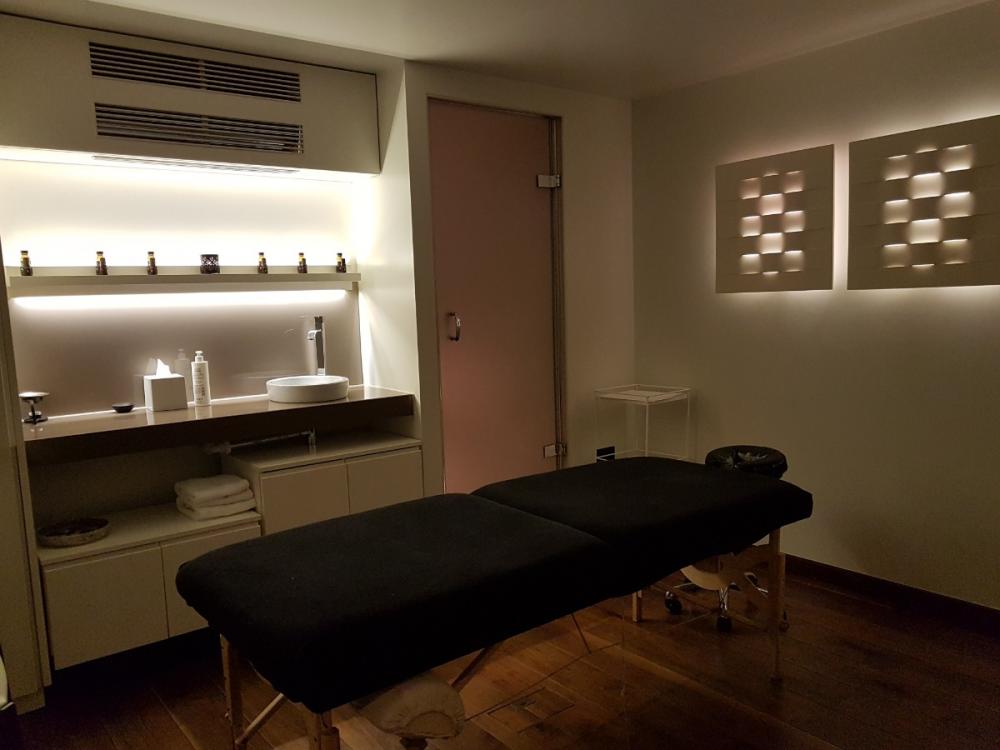 It is an oasis of calm, offering massage therapy, revitalising facials, wellness journeys and access to some of the city’s most esteemed wellbeing experts, from acupuncturists to reflexologists. It even has its own ‘healthy’ menu.

The COMO Metropolitan London combines contemporary design, a vibrant Park Lane location and expert staff. The city’s most refined neighbourhoods – Mayfair, Knightsbridge, Piccadilly - are each just a short walk away and many rooms and suites overlook leafy Hyde Park... 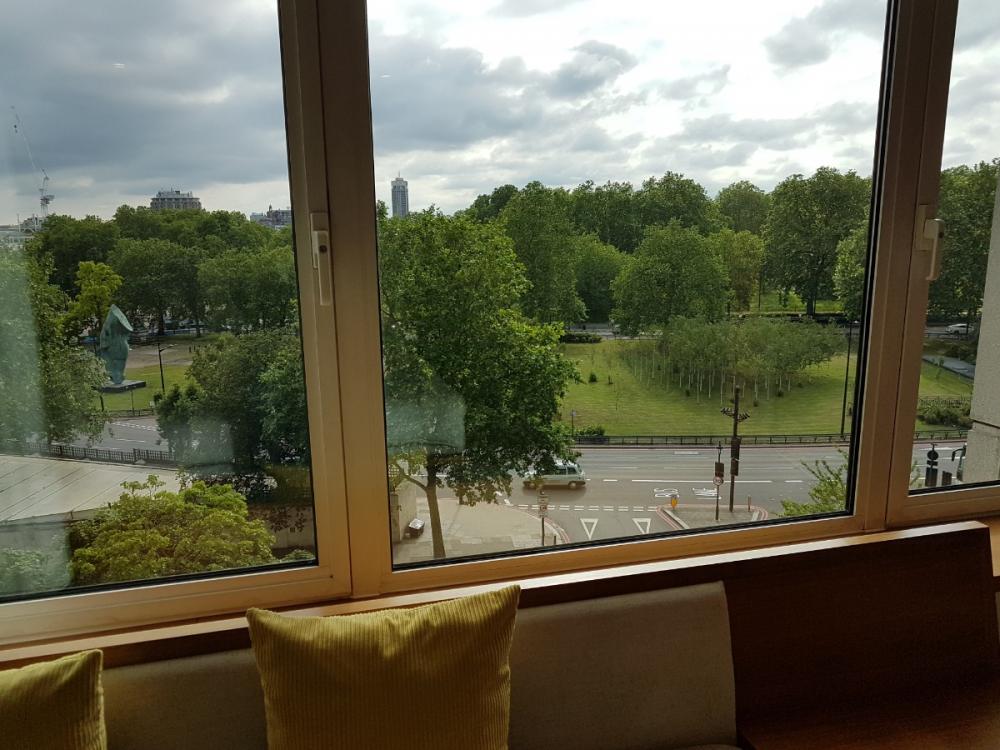 ...flooded with natural light from the floor to ceiling windows.

It boasts elegant event venues for the corporate market and, when it eventually re-opens, there is Gridiron, a new live-fire grill showcasing a hearty menu of in season, ethically sourced ingredients.

This was a genuinely ‘serene’ stay in a property that belies its location: in the heart of one of London’s most fashionable districts and yet so quiet.

If Mrs and Miss Ong are the ladies responsible for the décor at this unique property, then I was wondering if they could make space in their busy diaries to pop round to my place. I’m in need of some great design advice. I suspect they could have some good ideas!