When you think of the pop videos of the 1980’s most were ostentatious, overblown and over the top.

Around The World in 80’s Days, the comedy musical that is currently on at Blackpool’s Grand Theatre only has a cast of eight with a minimal stage set - and is all the better for it.

Based on the Jules Verne iconic masterpiece Around The World in 80’s Days has been reimagined into a show that is the ideal tonic after the horrors of the last 18 months.

Phileas Fogg has got it all it seems - the money, the looks, the girl. Then suddenly disaster strikes as Daddy cuts him off from the family fortune. So in a bid to regain his wealth he accepts an outlandish bet… to travel around the World in just eighty days! 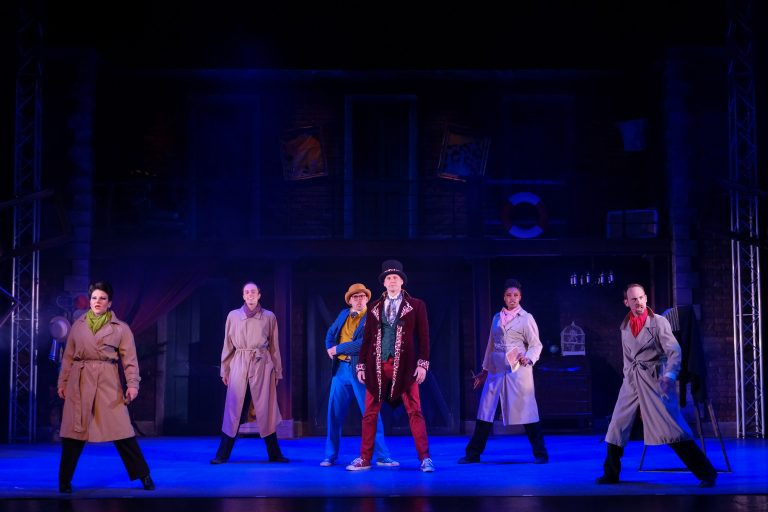 Powered along by a selection of hits from the 1980’s Phil boards boats, trains and even a hot air balloon in an hilarious race against time.

Alastair Hill as the straight faced, upper class Phil Fogg was the perfect foil to his more worldly wise travelling companion Passepartout played brilliantly by Oliver Mawdsley. Between the two of them they provided some of the best one liners in the show. Some of the jokes might be old hat but they made them sound new and fresh.

“I was fired from my last job” exclaims Passepartout.“ What job was that?” enquires Fogg. “A cannonball in the circus” comes the witty reply.

Sophia Lewis brought some innocence and glamour as archaeologist Harlow Hayes whilst Ben Watson, like many of the cast, played many different parts, but as the evil Professor Gold he was the perfect baddie.

Not only has the story been reimagined but many of the songs have too and it might take a while to recognise many of them: Let’s Hear It For The Boy was performed as a vaudeville number, Eye of the Tiger and Don’t You Want Me as ballads with Never Gonna Give You Up being turned into a flamenco dance routine! Yes, really. 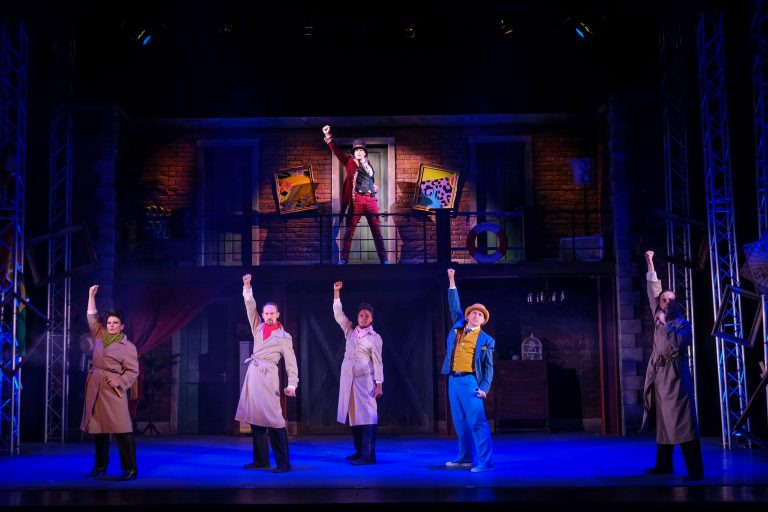 The way the song titles were eased into the storyline was effortlessly done and it didn’t seem to be contrived - the ship’s name - the SS Eileen lends itself to Come On Eileen being sung, whilst Ben Watson in his role of Professor Gold gave Tony Hadley a run for his money when he sang a powerful version of the Spandau Ballet hit, Gold.

Black Lace’s Superman was not wasted as an opportunity to let the audience join in, though when you looked at the expressions on the faces of most of the cast it was hard not to be drawn in.

As you might expect the villain gets his comeuppance and like all good stories there is a happy ending, though I will not spoil it for you by telling you what it is.

The standing ovation the cast received was rightly deserved. Hilarious, infectious and a joy from start to finish.