An Unreliable Narrator: The Outsiders By James Corbett

James Corbett’s immensely skilled and absorbingly old-fashioned storytelling does for a Liverpool in turmoil and change what Howard Spring did for a fin de siècle Bradford on the cusp of social and economic evolution. Grand in scale and honest in execution, The Outsiders is a magnum opus, a swathing bildungsroman of love and loss, of misunderstanding, uncertainty and reconciliation.

Merseyside is at the mercy of Thatcher and industrial decline; Paul is an étranger in his own city – young, intellectually curious, introspective, he stands apart from many of his own peers. He is of the city by accident of birth, and at the same time a ‘wool’ in Scouse vernacular, a cultural outsider. He is a Paul Morel figure, fascinated by the purlieus of Bohemia, taken in by the Jewish educated classes who carry a mystique alien to his friends.

Julia and Sarah’s mother Nadezhda is a different kind of outsider. A woman of Jewish extraction but unknown provenance, late of Mauthausen and struck selectively dumb by bitter experience, she externalizes and distils the bitter taste of persecution in her poems, whilst averring, with Theodor Adorno, that creativity is inadequate to the task of giving definition to the Holocaust: “‘Poetry is poetry,’ she said. ‘My family were all murdered – that is something else. Poetry cannot be mentioned in the same breath’”. Decanted to Liverpool (the city looks out to sea, like hope) she sinks into the faded grandeur of a rambling old house with her daughters, who are inculcated with the same restless and protean urges: “If you stand still for too long”, says Julia, “you’ll disappear”.

Seduced by the family’s aloof artistic insouciance, Paul is transfixed by the complexity and mystery of Nadezhda, as he falls in love with Sarah. The finishing of his A-Levels precipitates a rapid change in circumstances, a degree course at Cambridge, the fragmentation of his peer group and a terrible loss which defines his life, and determines the course of Corbett’s narrative.

Paul’ subsequent experience in Egypt – as an embryonic war correspondent – is described from the perspective of several years distant and skillfully weaves the intervening years into the tapestry of the late eighties, so that we are furnished with the bones of a back story whose narrative significance has hitherto been elided, or subject to selective concealment. And again, a brutally acute picture of Liverpool, and the political and economic unravelling of the decade, take centre stage, as we learn of Nadezhda’s fall from grace, her inheritance blighted by deception, secrecy and flagrant misrepresentation. Corbett makes a palimpsest of the iconoclasm of an era: the microcosmic universe of Militant, Derek Hatton and urban dereliction authenticates, and reinforces, the thematic power of his own narrative seamlessly. The depiction of Hillsborough at one remove – Paul and his old friends are at the Everton semi-final of the same day - is harrowingly eviscerated later on the concourse of Lime Street station, as the former’s instinct for capturing the moment’s immediacy encourages witnesses to tell their stories of the afternoon’s horror. 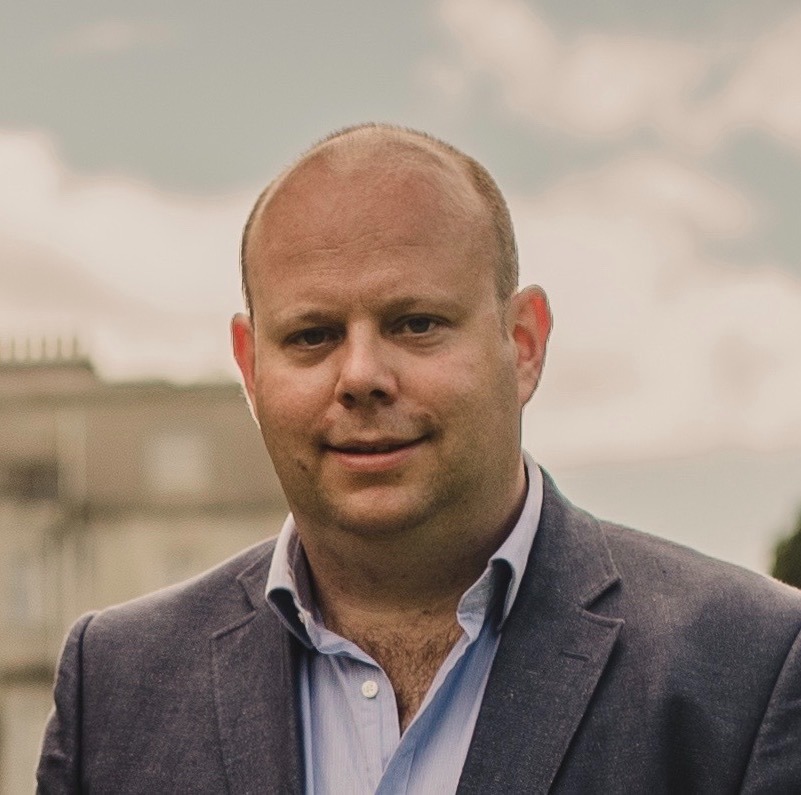 James Corbett - Image by Eye Books
And it is in the aftermath of Hillsborough that Paul severs any residual links with Christopher, the embittered, close school friend who turns, on behalf of the South Yorkshire Police, against his own people. Christopher’s later apotheosis – he becomes PR to a thinly-disguised version of Tony Blair – will not prevent, even facilitates, his ultimate disgrace, as he directs his leader towards the debacle of Iraq. And yet, and in keeping with the swathing tenor of historical negotiation in this fine, wise novel – the complexity of blame-apportion in the wake of Hillsborough, the moral dilemma of the Bulger case, the conflicting claims of the warring parties in the old Yugoslavia, and later Kosovo – Paul steers a resolute course towards a frayed kind of truth. Corbett handles the negotiation with considerable deftness: Paul’s awakening as a reporter living in the horror of Middle Eastern, and later Serbian, war zones, blurs the edges of his perception, renders his view of authentically-lived experience equivocal, tentative.

Such uncertainty drives a composite and multivalent story. Determining the verisimilitude between the literary approach of Paul Theroux and her own - “The man is fiction, the mask is real” – Nadezhda subtextually establishes the unreliability of her own narrative, precisely as her creator reinforces the parameters of relevance by insinuating elements of the ‘real’. Practiced, as Corbett surely is, in the art of necessary deception, Nadezhda’s autobiography might be compromised by the negotiated ‘facts’ of her history.

But that history, when it is finally vouchsafed, is withering. The harrowingly frank passages of Nadezhda’s personal papers disclose a time outside of time in Mauthausen. Defined in the language of Nazi ‘process’ - Auslese und Ausmerze (‘Selection and Elimination’) - the scenes are soberly drawn, manifesting an integrity of research rigour, and underlining the horror, the absolute compromising of any recalcitrant shred of dignity, and the ethical ambiguity of enforced collaboration. That Nadezhda is given a terrible Hobson’s Choice, and finds a species of inverse normality amidst the horror, is one of the catalysts for her earlier silence. Corbett’s drawing of a landscape of apathy and misery – the Wehrmacht are in full retreat at this point – is a pictorial vision of Hell as persuasive as anything in the ashen landscapes of Anselm Keifer.

Paul’s vocation encourages a desire to square Nadezhda’s circle of unreliable testimony. From the crematory ash of Auschwitz emerge unpalatable, in the end, perverse, suggestions of complicity which shaped the necessity for constant re-invention and re-definition, and precipitated fabrications in the ongoing service of survival. This aspect of Corbett’s narrative derives much of its authority from the complex moral dramas of Primo Levi’s work, indicating a consuming research preoccupation with the landscape of the Holocaust, not least in the phenomenon of survivor guilt.


Also by Steve Whitaker...
Poem Of The Week: 'Sonnet 29' By William ShakespeareReview: Ings Strings At Art In The Dale, Kirkby MalhamPoem Of The Week: 'This train has left the city ...' by Paul HenryAlbum Review: Staring At The Sun: Talking About X By JARRPoem Of The Week: 'Giorno Dei Morti' By D. H. Lawrence (1885-1930)
The accumulation of narratives into one story of observation and learning, of the acquisition of experience and insight, of the building of documented history into a compelling depiction of life in a time of great change, is Corbett’s great skill, for this is astonishing storytelling with astute, three-dimensional characterization and adept changes of temporal key. The book is a confected rendering of a declining, post-industrial landscape punctuated by excursions into geographical territories that have an unlikely bearing on the imperatives of Corbett’s central characters.

The end, when it comes, renders a new kind of truth in reconciliation. The novel’s final pages complete a circle, and it would be a heinous abrogation of critical responsibility to reveal the delicious narratorial volte-face of the closing lines. James Corbett's book has rightly been shortlisted for the 2022 Portico Prize; if you read nothing else this year, read The Outsiders.

The Outsiders is published by Lightning Books