Track listing: Enter Sandman; Sad But True; Holier Than Thou; The Unforgiven; Wherever I May Roam; Don't Tread on Me; Through the Never; Nothing Else Matters; Of Wolf and Man; The God That Failed; My Friend of Misery; The Struggle Within.
5 Stars
Record label: Blackened Recordings
Catalogue Number: BLCKN008R-2

Metallica’s The Black Album is one of the most influential and defining rock albums of the genre. After the album was originally released in 1991 it took the band from playing mid sized venues to arenas and stadiums. 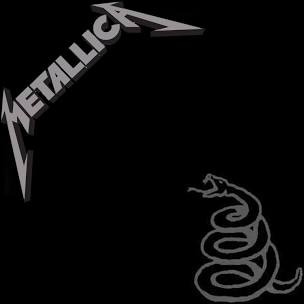 The album has now been remastered 40 years on - and it still sounds magnificent. Stand out tracks such as Enter Sandman, Nothing Else Matters, The Unforgiven and Wherever I May Roam now sound even brighter and crispier on the new re mastering versions. In particular the string section on Nothing Else Matters can now be heard to full.

Indeed the aforementioned tracks are still to this day mainstays of Metallica’s live set.

Drummer Lars Ulrich has always maintained that he was heavily influenced by British rock group, Diamond Head - you can hear that influence on tracks here such as Don’t Tread On Me and Sad But True.

Whilst most rock tracks lyrically tend to be a tad cliched that is not always true here. On The God That Failed vocalist and guitarist James Hetfield deals with parental loss.

The album is one that every rock fan should have in their collection. Anyone sitting on the sidelines will not need any other introduction to the genre than this superlative collection of rock tracks.
Also by Graham Clark...
YUNGBLUD - Blood, Sweat And Tears In LeedsThe Return Of Adele - Was It Worth The Wait?Jason Donovan Gives Leeds 10 Good ReasonsBad Boy Chiller Crew – Make Bradford Bounce BackNow Disco Classics - Boogie Nights (Now Music)