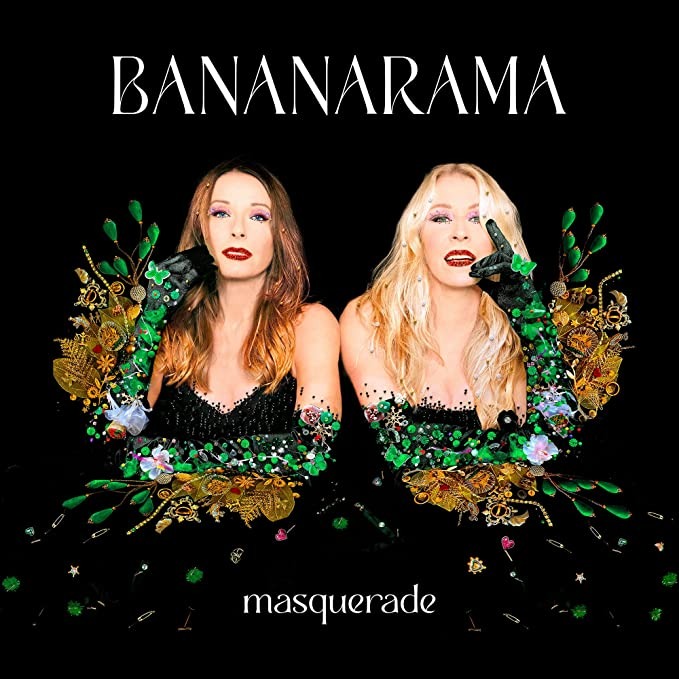 Bananarama is 40 years old. While their initial plan was to release an EP to mark the occasion, the assorted lockdowns and the lack of performance opportunities over the last few years saw the record grow into their 12th full-length release. Rather than the decade long wait that fans had for their 11th studio album, they are treated to a follow-up just 3 years later than one of their most critically acclaimed releases to date. How does Masquerade stand up against 2019's In Stereo?

While the production sees them return to Ian Masterson, who produced In Stereo, the soundscape could not be more different. In Stereo saw Bananarama take on a more early noughties vibe, whereas Masquerade faultlessly marries their eighties origins with a contemporary feel.

Harnessing the energy and attitude of nineties nostalgia act, Steps, Masquerade sees the duo embracing all that they embody while ensuring they stay relevant to a new audience. As a result their latest album is power pop with a melancholic undertone, which boasts echoes of MUNA, Taylor Swift and Billie Eilish.

Interestingly two of the most interesting cuts are covers of Sara Dallin's daughter, Alice D's underappreciated releases. Opener adds a bombast to the killer anthem Favourite, while Brand New is destined to be your new bop. Bananarama deliver both flawlessly, but the originals are also worth a very long overdue listen.

The album's title track, an ode to acceptance of yourself and all others, is mesmeric. Velvet Miss veers towards to trip-pop and proves hypnotic. However, it is in the euphoric Forever Young, an ode to long-standing friendship, that the album finds it's purest pop gold.

While many artists find it hard to strike a balance of nostalgia and contemporary appeal, Bananarama appear to be going from strength to strength.