A Symbol Of Remembrance And Hope

Remembrance Day is sometimes referred to as Poppy Day or Armistice Day.

This is observed on the 11 November every year, as on that date in 1918 the hostilities formally ended "at the 11th hour of the 11th day of the 11th month".

It is a memorial day which is observed ever since the end of the First World War, to remember the members of the armed forces who have died in the line of duty.

In 2020 because of the Coronavirus crowd restrictions, most traditional Remembrance Sunday parades on Sunday, 8 November 2020 will not go ahead. Lots of events are happening online instead. Everyone is reminded that because of the national lockdown restrictions private observances must be with members of their own households or support bubbles only. 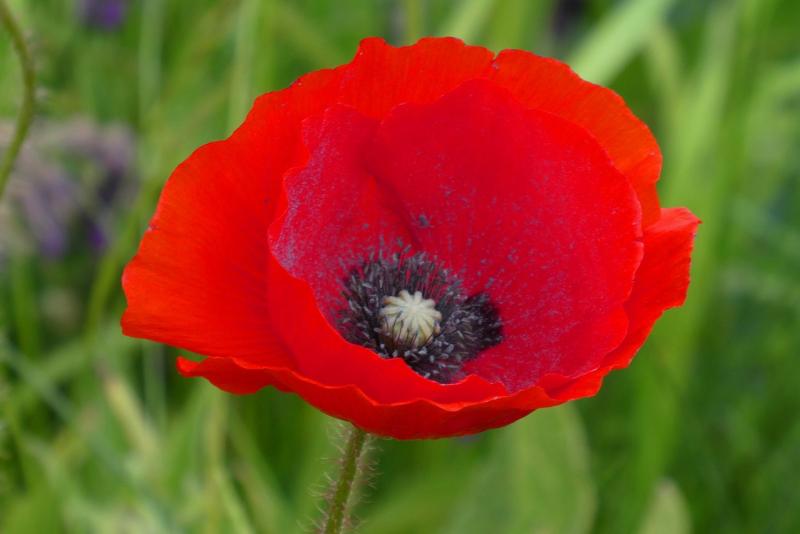 A Canadian doctor called Lt Col John McCrae in 1915 lost his friend Ypres. He wrote a poem which is now the famous poem 'In Flanders Fields' which was inspired by seeing lots of poppies growing in fields where the battles had been.

The poem by John McCrae

In Flanders' fields the poppies blow
Between the crosses, row on row,
That mark our place: and in the sky
The larks, still bravely singing, fly
Scarce heard amid the guns below.

We are the dead. Short days ago
We lived, felt dawn, saw sunset glow,
Loved and were loved, and now we lie
In Flanders' fields.

Take up our quarrel with the foe;
To you from failing hands we throw
The torch; be yours to hold it high,
If ye break faith with us who die
We shall not sleep, though poppies grow
In Flanders' Fields.

The landscape had swiftly turned to fields of mud where little or nothing could grow. Bright red Flanders poppies (Papaver rhoeas) however, were delicate but resilient flowers and grew in their thousands, flourishing even in the middle of chaos and destruction.

The poppy was then adopted as a symbol of Remembrance after the First World War and has been the symbol right up to the present day. 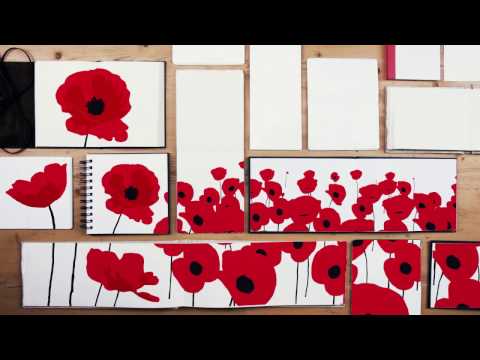 At 11am on the 11 November 1918, an agreement, known as the Armistice, was formed to end the fighting as a prelude to negotiations for peace.

“Armistice” is Latin for “to stand (still) arms”.

The Act of Remembrance consists of the following:

The Exhortation is recited:


They shall grow not old, as we that are left grow old:
Age shall not weary them, nor the years condemn.
At the going down of the sun and in the morning
We will remember them.

The Last Post is sounded.
(A Piper Lament may be included in Scotland.)

The Two Minute Silence is observed.

The Kohima Epitaph is recited (optional):


When you go home, tell them of us and say,
For your tomorrow, we gave our today.

Did you know poppies are recyclable?

After Armistice Day you can recycle your poppy at any Sainsbury’s supermarket, as all parts of the poppies can be recycled.

The Royal British Legion are committed to reduce the impact of single use plastic on the environment in the future.

More information can be found on the British Legion website https://www.britishlegion.org.uk/get-involved/remembrance


Also by Jan Harris...
The Pink Supermoon Isn't Pink!England Celebrates St George And Shakespeare!Earth Day 2021 - Restore Our EarthHow Will Her Majesty The Queen Celebrate Her 95th Birthday?Time To Walk In A Bluebell Wood